We try the special Thanksgiving feasting menu at Soho's Jinjuu... 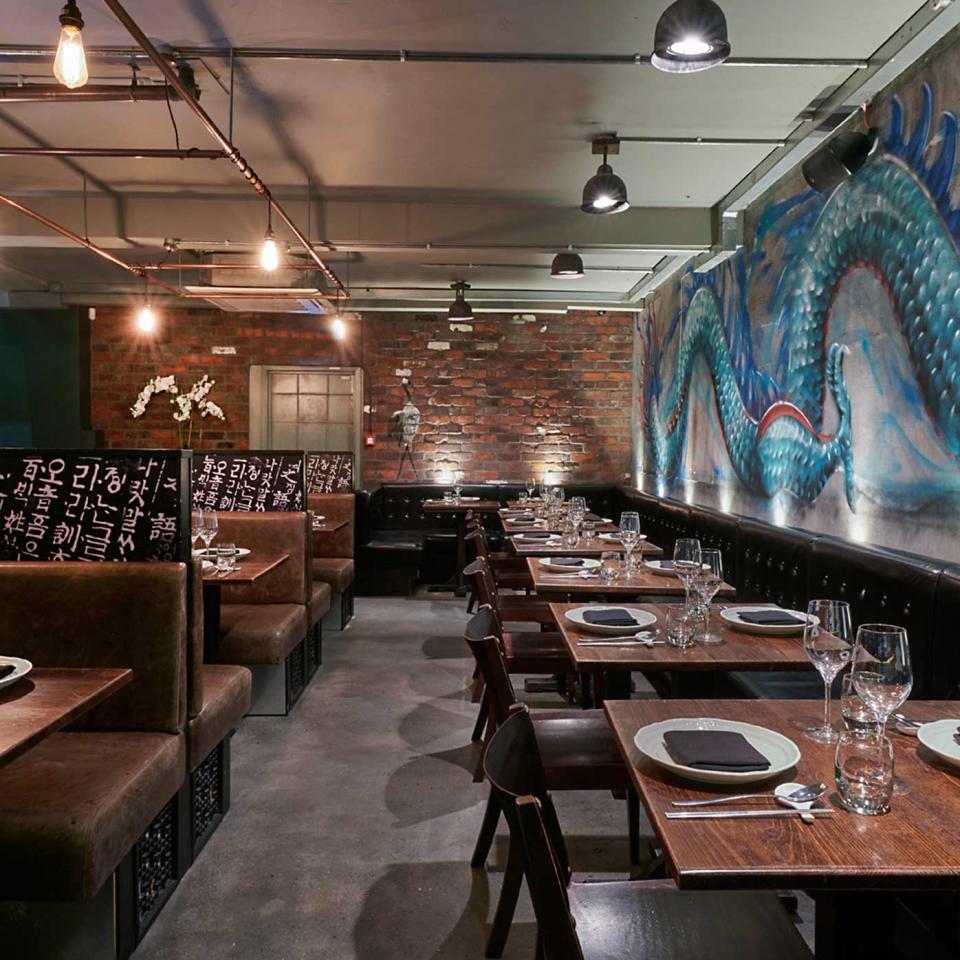 Slap-bang in London’s buzzing Soho, Jinjuu is in the thick of the capital’s nightlife and dining scene.

Chef and owner Judy Joo has combined her love of traditional Korean home cooking with her classic French culinary training to create a restaurant that is true to its roots and modern in its thinking. 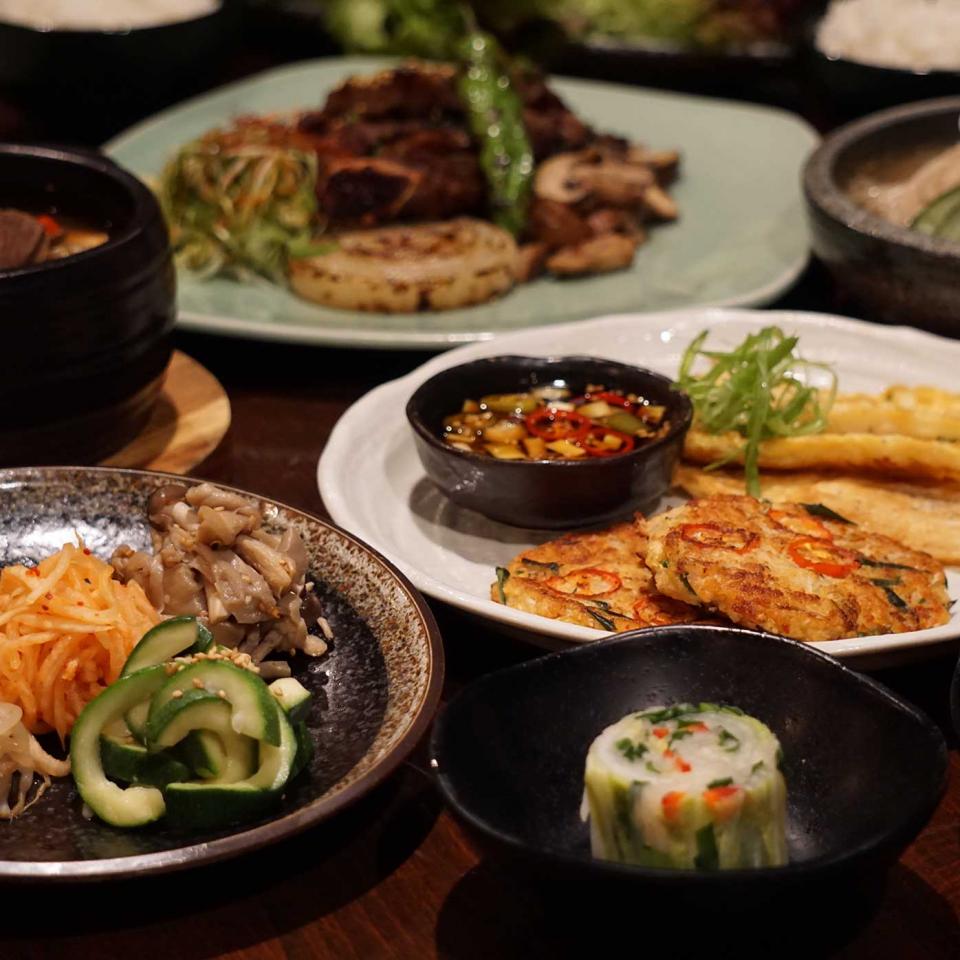 The low-lit ground-floor bar and dining room is cool and fun while, downstairs, an open kitchen is a buzzy place to catch up with friends. I also enjoyed the playful K-pop playing in the bathroom. 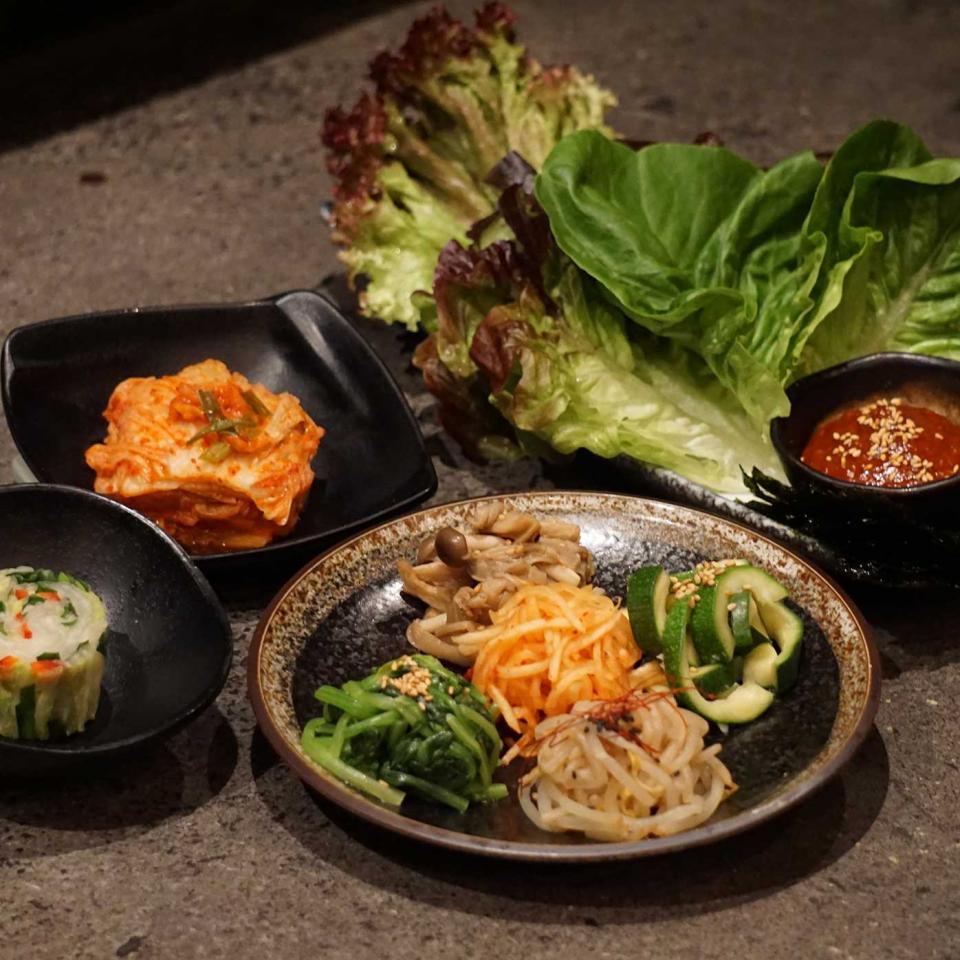 What did we eat?

What didn’t we eat? The Korean Thanksgiving menu was an epic feast. As Judy explained to us, Korean meals traditionally include five colours for balance, and our menu was feast for the senses. The idea of starters, mains and sides went out the window, with all the savoury dishes arriving at once. We ate a medley of foods, including saengseon-jeon (fried thinly sliced cod fillets with a vinegar soy sauce), wang-galbi gui (grilled beef short rib), perfectly cooked and served with a mix of traditional vegetable sides. The meal also included Jinjuu’s famous homemade kimchi – by far the best I’ve tried. 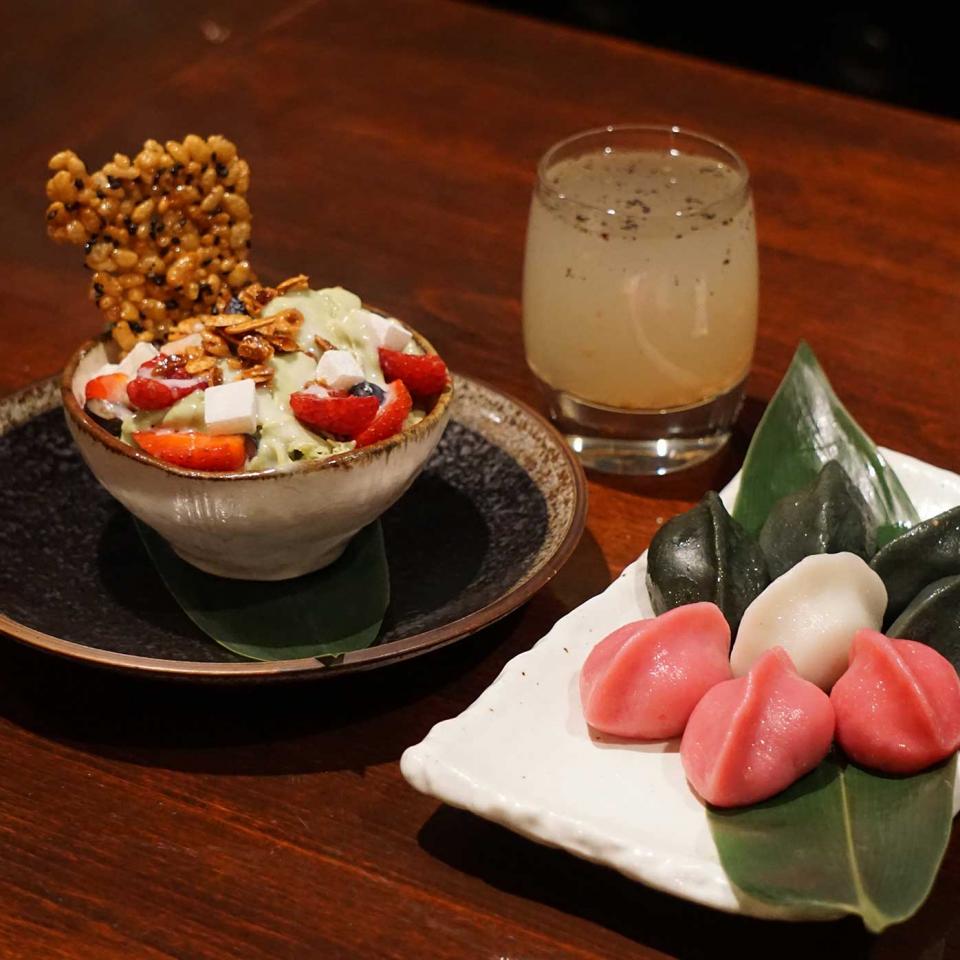 The menu was a great intro to Korean food for a novice like me. I’ll certainly be back.

It has to be the bingsu – a delightful shaved-ice dessert served with fresh fruit and a sesame rice cracker. It left me in foodie heaven!