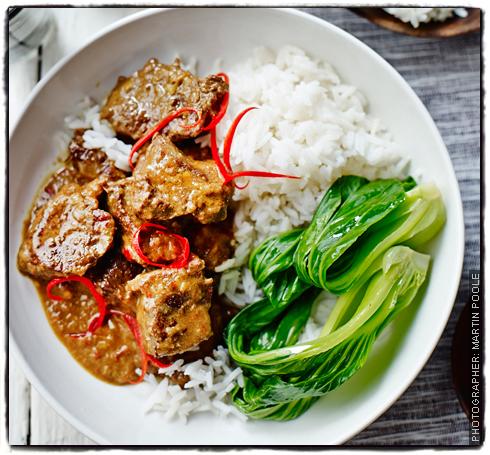 Rendang has quite a kick to it, so reduce the amount of chilli if you prefer a milder heat. It tastes even better the following day, after the flavours have had a chance to infuse. Serve with rice and pak choi.

Use a slow cooker: Follow to the end of step 2, seal the meat and add to the slow cooker with the spice paste, coconut milk, cinnamon sticks, tamarind, salt and sugar – don't add any water. Cook on high for 4 hours. Make up to 2 days ahead and reheat thoroughly. Can be frozen; defrost thoroughly before reheating