France is definitely a country known for its cheese – it is heaving with hundreds and hundreds of delicious varieties. Cheese is an important part of France's cuisine and heritage – over 40 cheeses hold the coveted AOC status, which is a certification of its provenance. The Sainsbury's magazine team have put together a list of their favourites, try them out and find a new favourite for your cheeseboard!

Camembert
One of the world's most famous cheeses, Camembert is a semi-soft cows' milk variety from Normandy. It's made in a disc shape and normally sold in small boxes. It has a similar texture and flavour to Brie but is milder and a little paler. It melts beautifully and was made famous in the 1970s when it was often coated in breadcrumbs and deep-fried. It keeps well for several days, wrapped in paper inside its box.

Try this Camembert baked with maple syrup, pecans and blueberries: 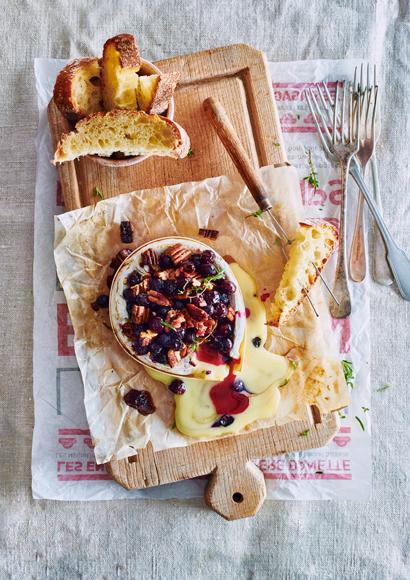 Brie is a semi-soft cows' milk cheese formed into a large, flat wheel. The best type is from Meaux in Île de France, where it has been made for centuries. The flavour of a ripe Brie is mushroom- like and slightly earthy, but not bitter or sharp. The flesh should be creamy with an even texture and should not run (this means the cheese is starting to turn and become ammonic). It is best served lightly grilled, spread on crusty bread and accompanied by a fruity red wine.

Try this Brie and beef baguette with beetroot jam: 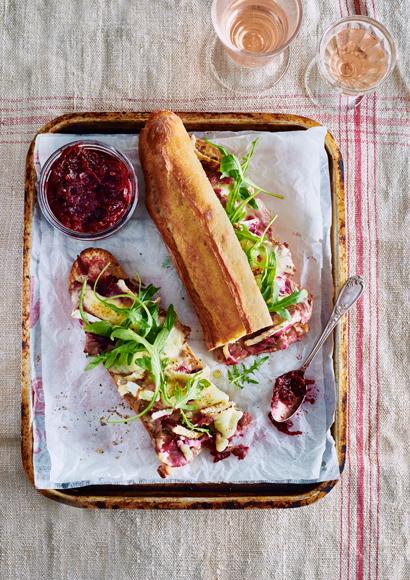 This is a soft cows' milk cheese from Bourgogne and Champagne. It is a small, cylindrical cheese with a soft rind that yellows as it ages. Inside, the cheese has a whiteness and an almost paste- like creaminess that melts in the mouth. Wonderful with a glass of Burgundy, it has an earthy flavour and is delicious when melted into a cream sauce. Chaource should be eaten within a few days of opening and can be stored in clingfilm. 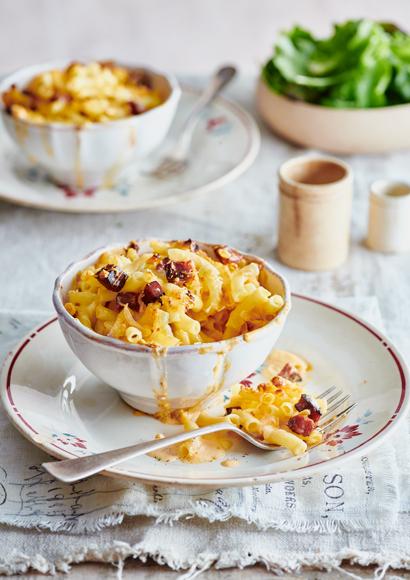 A hard cows' milk cheese from Comté in the French Alps. Like neighbouring Swiss Gruyère, it has a sweet, nutty flavour and a firm texture. It is the best grating cheese, melts well and is the perfect partner to charcuterie. Remove the rind before eating but keep in place while storing as it helps prevent the cheese drying out. It will last for a week or more wrapped in clingfilm and kept in a sealed container.

Try this tarte flambée with Comté and watercress salad:

An unpasteurised blue sheep's milk cheese from the hillsides around Roquefort-sur-Soulzon, Aveyron, in the south of France. It has a crumbly texture and a salty, slightly sharp flavour. It can be used in cooking but also works well in salads, and is particularly good with pears, melon and nuts. Sold as small wedges, Roquefort should be eaten within a few days of opening as it can spoil and become a little sticky. 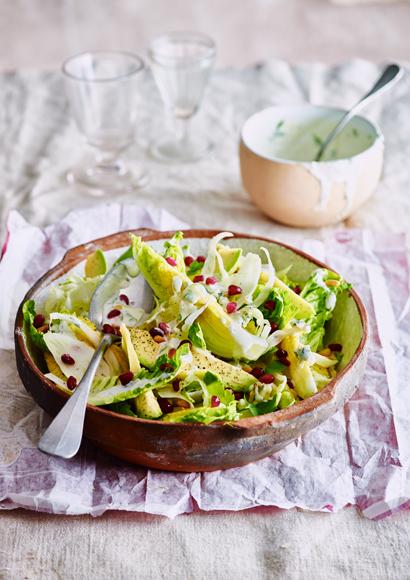 This is a goats' cheese from Poitou-Charentes that forms a rind while it ages, mellowing out its flavour. Chavroux La Bûche comes as a small log with a very white rind, a wonderfully creamy texture and mild taste. This cheese is ideal for grilling as it keeps its shape while it browns. It has a natural affinity with apples, tomatoes and other slightly acidic fruits. Once cut, the cheese is best eaten within a day or two and keeps well wrapped in waxed paper. 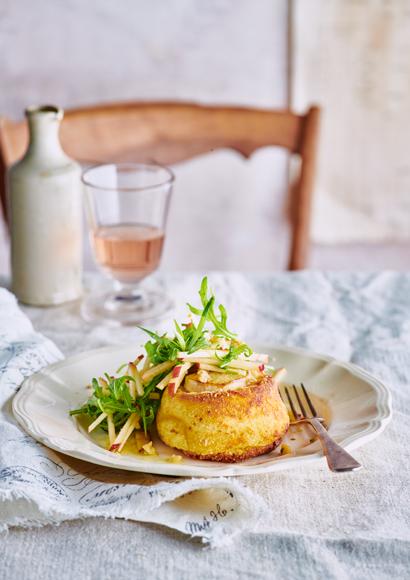