Monarch of the glen: the story of Glenmorangie whisky

The recipe for Glenmorangie is a simple one and it's still made with care and attention in this little corner of Scotland... 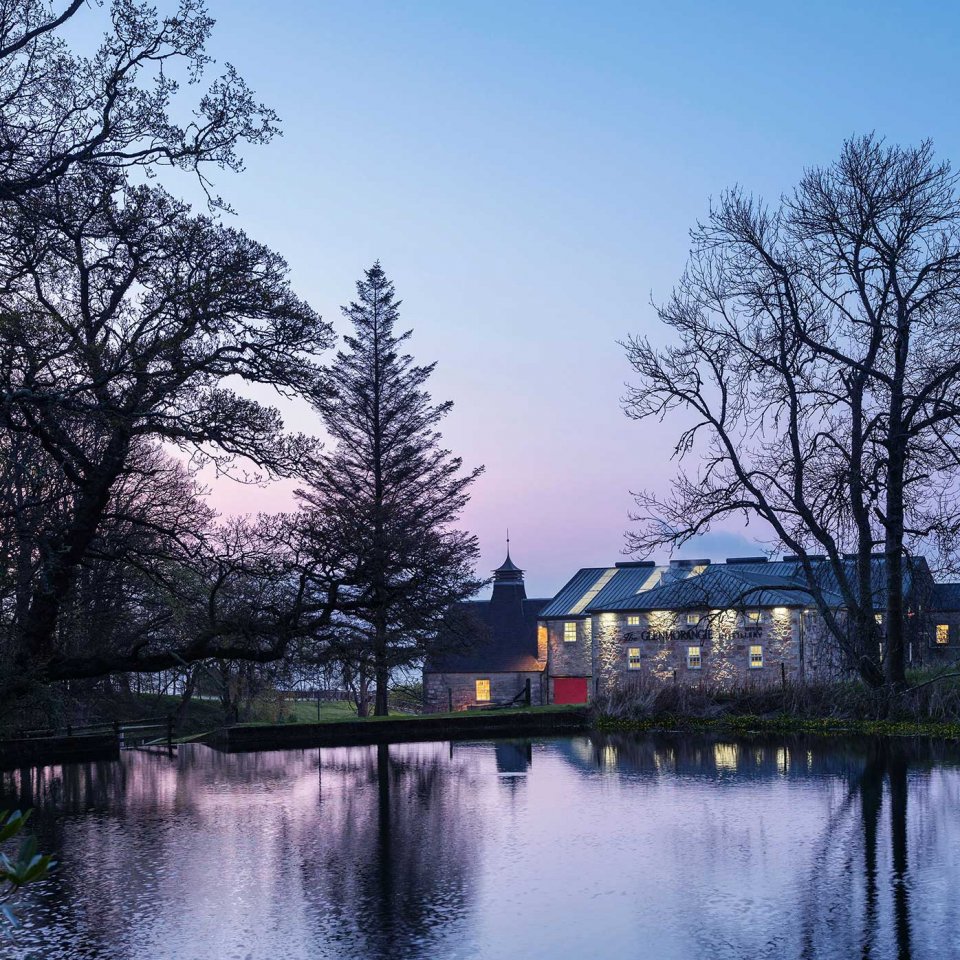 The English translation of the Gaelic Glenmorangie is Glen of Tranquillity, and about an hour’s drive north from the lovely little city of Inverness, the estate stretches from the slate grey North Sea – where the waves lap white sand and herons perch on dramatic black boulders – inland over miles of heather and gorse. Not many people live here, and there are only small hamlets of squat stone cottages with everything seemingly braced for the dramatic Scottish east coast weather. On the estate there’s a large 17th-century house, where visitors can stay in traditional comfort, exploring the area and ending the day with a five-star whisky tasting.

The distillery stands sturdy and brusque near the southern edge of the Dornoch Firth. The grey stone walls and painted wooden doors hint at the past when this former brewery became a distillery in 1943 and started making what must be Scotland’s best-known export. Inside, however, it’s a temple to the simple science of taking three natural ingredients – barley, spring water and yeast – and turning them into the light amber liquid that today sells all over the world.

One of the marvels of whisky making is that the techniques, and the recipe haven’t changed over the years. Sure, the equipment has improved and it’s easier for the distillery to maintain quality and consistency – but this is still a very basic process and at Glenmorangie still overseen by the ‘Men of Tain’ a 24-strong workforce all of whom hail from the nearby village of Tain. Although Andy, the down-to-earth distillery manager was keen to point out the ‘men’ include several women nowadays.

Jobs pass down through families and there’s a long corridor crammed with line-up photographs of the workforce over the years. It’s a fascinating social record, but also a sneaky way to spot style changes from the Peaky Blinders look of the early 20th-century – all flat caps, waistcoats and handlebar moustaches, to today’s Premier League footballer style of buzzcut hairstyles and designer sportswear.

The spring water used comes from Tarlogie, two miles from the distillery and is rich in minerals. ‘These could cause problems,’ admits Andy, ‘especially during the fermentation process but we know what we’re doing, and we’ve created a recipe that ensures they give the whisky a richer, fruitier flavour.’ The barley is grown locally but the distillery buy it from a maltster where it's been malted to give it flavour. As with many distilleries, this used to be done on the premises as the smart little pagoda roof over the former kiln oven is testament, but it’s a dirty, messy process and most distilleries now outsource the job. 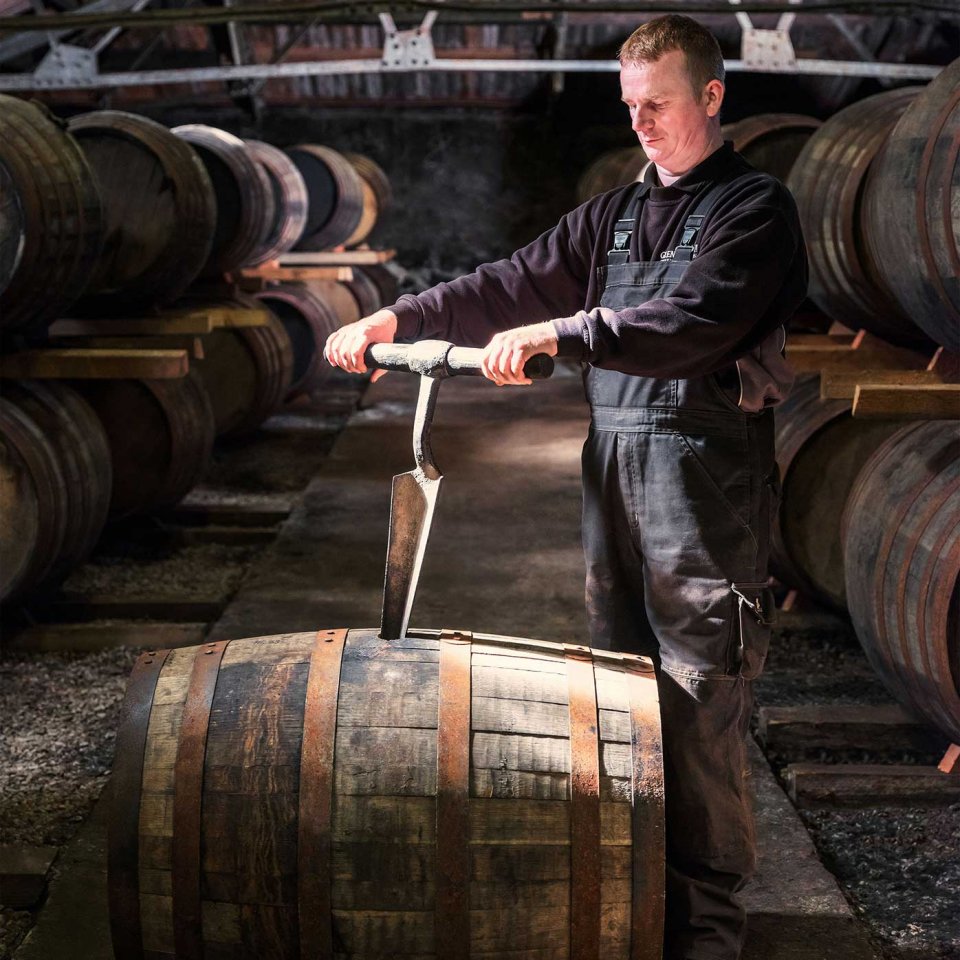 The techniques and recipe for whisky making haven't changed 'for years'

In one giant room, there’s the gentle, continuous humming of the mash tuns, giant receptacles where the barley (now crushed into grits, husk and flour) is combined with the water and slowly stirred, allowing the resulting cloudy liquid to filter through. This is tasted by Andy every day before the yeast is added to start the 52-hour fermentation process. Most dramatic of all is the room with the stills – elegant, giant copper, pipes; the tallest in Scotland – which remind me of the domed bell towers at the Kremlin or some kind of surreal Jules Verne diving bell.

The height of the stills means that more of the fermented spirit’s vapour has contact with the copper giving Glenmorangie its unique botanical flavour Deep in the dark warehouse there are row upon row of American white-oak barrels, looking much like a pirate’s store, and all nurturing the brew within. Andy encourages us to take a deep breath and smiles with a twinkle in his light blue eyes and says, ‘Smell that? That’s the angel’s share’ – and, it’s true, the cool air does smell a little of honey and fruit from the 2% of vapour that sneaks its way out of the barrels.

The seasoned barrels are bespoke, and are used twice for the classic 10-year-old single malt. There’s also a small collection of barrels in various sizes previously used for Port, Sancerre and Sherry where Glenmorangie’s speciality whiskies are stored; Lasanta, Quinta Ruban and Nectar d’Or. All delicious and a very special treat for Burns Night and beyond. 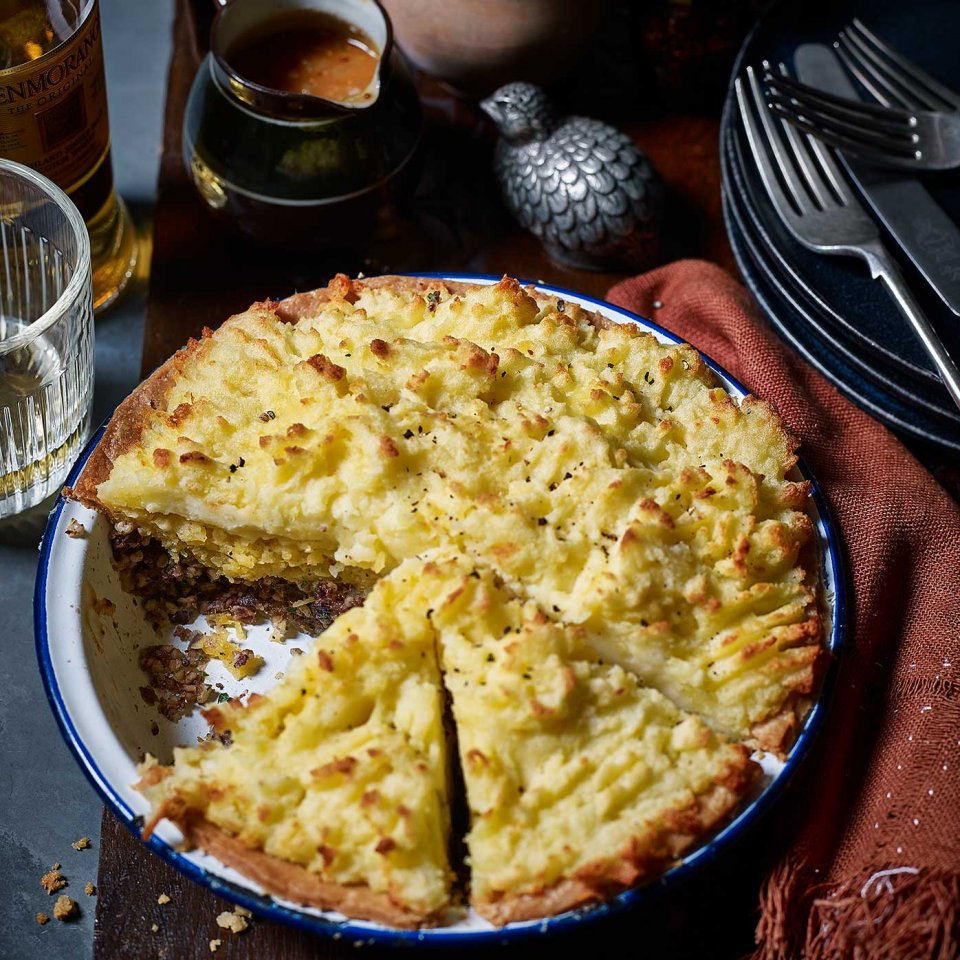 Back at Glenmorangie house we take a walk down to the beach and along the shore to the site of the famous Cadboll Stone. The original had been carved by the Picts, the tribe that inhabited this region from 300-900AD, but was sadly damaged and all that remains is in the National Museum in Edinburgh. Local sculptor Barry Grove’s reconstruction stands tall and strong on a mound of lush green grass, the rising hills on one side and lapping waves the other. It’s a dramatic and moving sight, full of myth, legend and history and gives us food for thought as we prepare for dinner. After a delicious whisky cocktail we’re piped into the dining room by the tall, handsome be-kilted Duncan where the haggis is brought in and he carves it with his knife to the words of Robbie Burns. Duncan pipes as he leaves us, and then calm is restored and once again all is quiet in the Glen of Tranquillity. 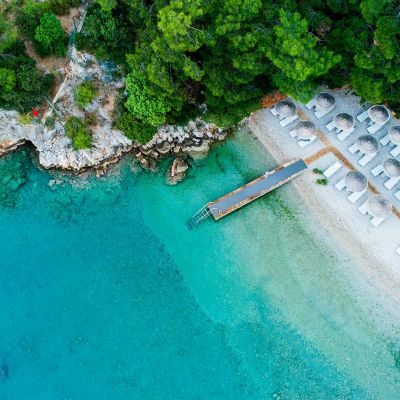 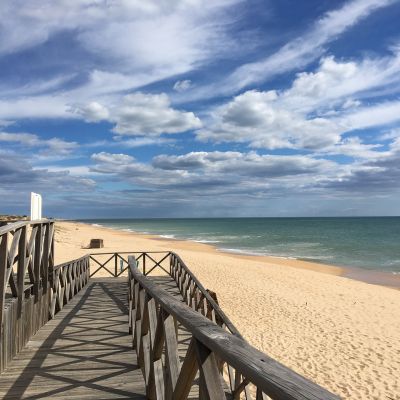 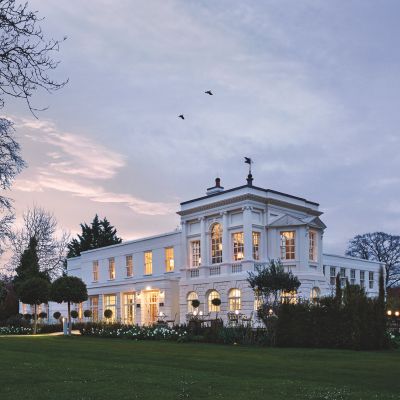