Appetite ER: how to tempt the taste buds in the face of depression, illness or cancer treatment

When your appetite is diminished, it’s all too easy to stop eating altogether. Andréa Childs discovers how to tempt the taste buds in the face of depression, illness or cancer treatment... 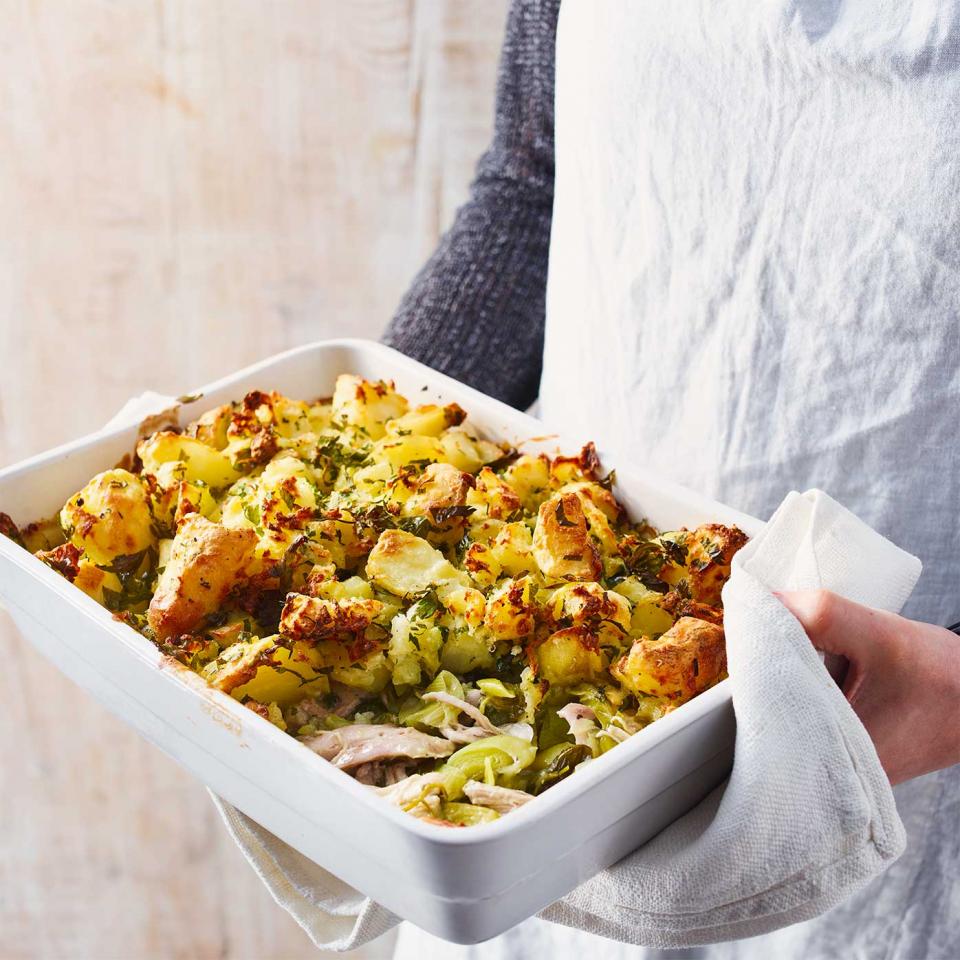 For most of the past two years, mum was having treatment for cancer. While she spent months in and out of hospital, I spent hours scanning supermarket aisles, doing her weekly shop. So many of her usual foods were off the menu. As well as causing nausea, chemotherapy made her mouth sore and affected her sense of taste – crackers scraped tender gums and that glass of fruity red Malbec seemed sour. Radiotherapy reduced her appetite, so I’d search for tiny pots of pudding or the smallest lamb chop; a meal for one was twice as much as she could handle. She craved energy-boosting sweets but needed nutrient-packed meals to help her recovery.

We bought a NutriBullet and experimented with fruit and vegetable smoothies. She’d have a shot glass of apple and ginger juice (both stomach-soothers) first thing to ease the sickness she felt on waking. And she found that small snacks – spoonfuls of Greek yogurt with honey, or a blini topped with salmon mousse – were easier than three meals a day. As she slowly recovered, her eating improved. The day we went for a pub lunch and she enjoyed a Sunday roast for the first time in months felt like a victory – she was getting better.

It’s not just cancer and its therapies that affect appetite. Dr Martin Scurr, a GP and former medical director of St John’s Hospice in London, lists a range of causes, from kidney disease and heart failure to colitis and dementia. Then there are medications, including chemotherapy, antibiotics, strong painkillers and amphetamine-like drugs. ‘There are mental and emotional causes, too, including depression, anxiety and stress,’ he explains. ‘Stress creates changes in gut behaviour, which can affect appetite. A lack of hunger can also be a sign of masked depression.’ Loss of appetite can affect us at any age but it’s a particular concern among the elderly and those with ill health. 'My dad was relatively young when he died - only 73 - but weak and underweight,' recalls Molly King, 43, from Wolverhampton. ‘He was admitted to hospital after a fall but contracted pneumonia. The consultant said he was too malnourished to fight it off. Various treatments meant he had completely lost his appetite. And because he lived on his own, no one was there to tempt him with nourishing titbits.’ 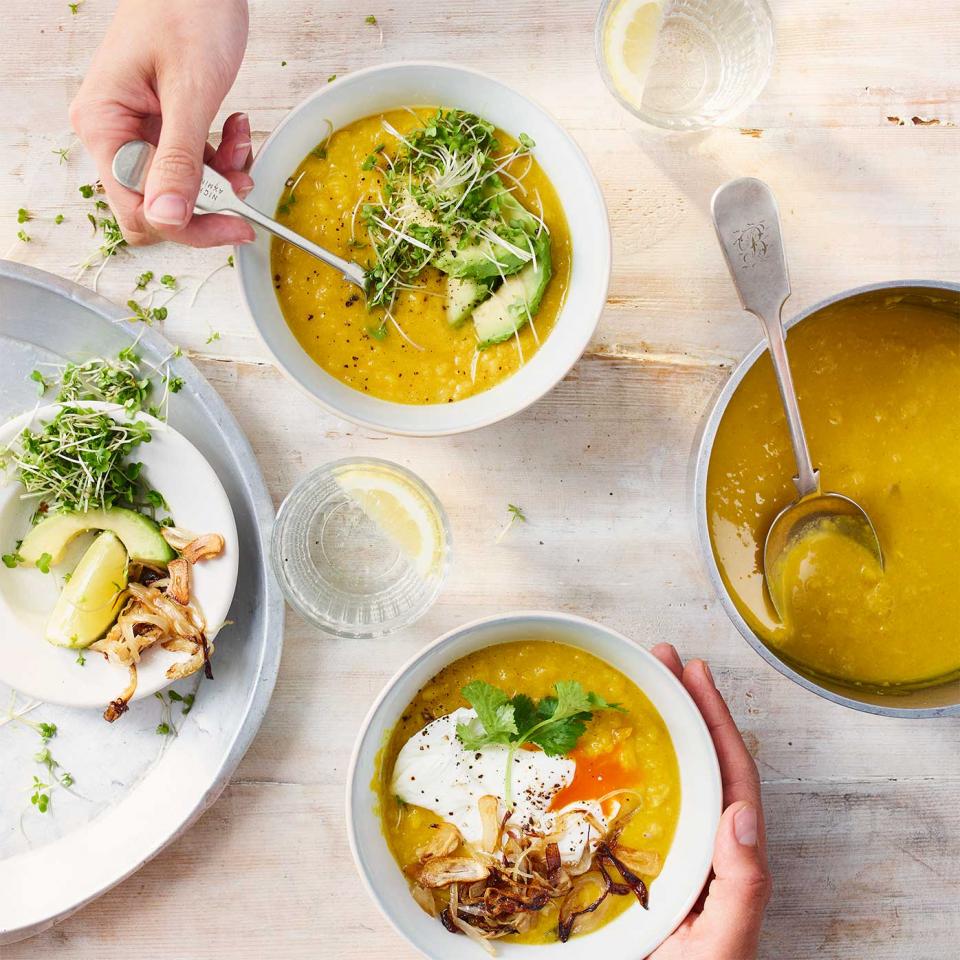 Why not eating matters

According to the Malnutrition Task Force, an independent group of experts across health, social care and local government, there are at least 1.3 million over-65s suffering from malnutrition in the UK, with 1 in 10 older people suffering from or at risk of undernourishment. The task force has launched the Small Appetite Campaign to raise awareness of unintended weight loss in later life, which increases risk of ill health and longer rehabilitation. ‘Loss of appetite often isn’t taken seriously until it’s too late,’ says Jane Clarke, a specialist cancer and dementia dietitian. ‘But if they’re not eating, they’re not getting the nutrients their body needs to fuel their recovery.’ She founded website nourishbyjaneclarke.com to provide specialist recipes, nutritional advice and support for anyone who finds eating difficult. ‘My dad has a rare form of dementia and one of the reasons I started Nourish is because I can see how his appetite is affected and the toll it takes on him but also on my mum, who is the one cooking for him,’ says Clarke.

‘With dementia, there may be practical issues, like choking or trouble chewing and swallowing, that can put people off their food. And when you’re feeling dreadful, the thought of shopping and cooking, not to mention eating a meal, can all seem too much.’ It’s a movement that’s gaining support. Food writer and stylist Ryan Riley founded Life Kitchen last year, developing recipes and offering free cooking classes for those living with cancer. Riley was inspired by his mum, Krista, who died from lung cancer four years ago, when she was just 47 and he was 20. ‘I learnt to cook in the Sainsbury’s magazine test kitchen while doing work experience there; it’s where I learnt about flavour and the ingredients that can lift a dish and make it taste amazing,’ he says. ‘When Mum was ill, she couldn’t face cooking and found the treatment robbed her ability to taste. It’s why I want to help other people living with cancer to eat better.’

So, what can we do if our appetite has gone awry, or we’re caring for someone who picks at the dinner we’ve lovingly prepared for them? For a start, forget bland ‘invalid’ food and punch up the flavour. ‘There’s a nerve called the trigeminal that connects your eyes, nose and mouth,’ explains Riley. ‘When you stimulate it with strong, fresh flavours, like herbs, spices and “umami” tastes such as mushrooms, wasabi and mustard, it can help stimulate the appetite.’ Rather than ditching our usual diet, Riley suggests adding different flavours to familiar dishes to make them more appealing. ‘Our Life Kitchen carbonara has fresh mint, garlic and chillies to give it a flavour boost,’ he says. Or add oomph to ready-made meals. ‘Sprinkle cinnamon on yogurt or rice pudding, or throw toasted seeds and soy sauce into a stir-fry; extras like these are a great way to perk up a dish and your taste buds,’ says Riley. Jeane Mary, 49, a photographer from London, became ill with ulcerative colitis five years ago. ‘I now have a restricted diet, which has taken a lot of the appeal out of eating, especially as foods can unexpectedly trigger my symptoms,’ she says. ‘When my appetite is low, I find the colours and smell of food can tempt me to eat – the scent of fresh bread or bright orange carrot mash. If I can’t face a meal, I’ll make a milkshake or smoothie as they look and taste great and are packed with nutrients. I get tired quickly, so a milkshake can be the difference between getting on with my day or going back to bed.’ Like Jeane Mary, dietitian Jane Clarke is a fan of homemade milkshakes when eating becomes an issue, rather than the protein supplement drinks given on prescription. ‘These are full of artificial additives and taste horrible, so often don’t even get finished,’ she says. ‘But you can whiz up a milkshake in seconds, then sip small cups throughout the day for an energy boost.’ 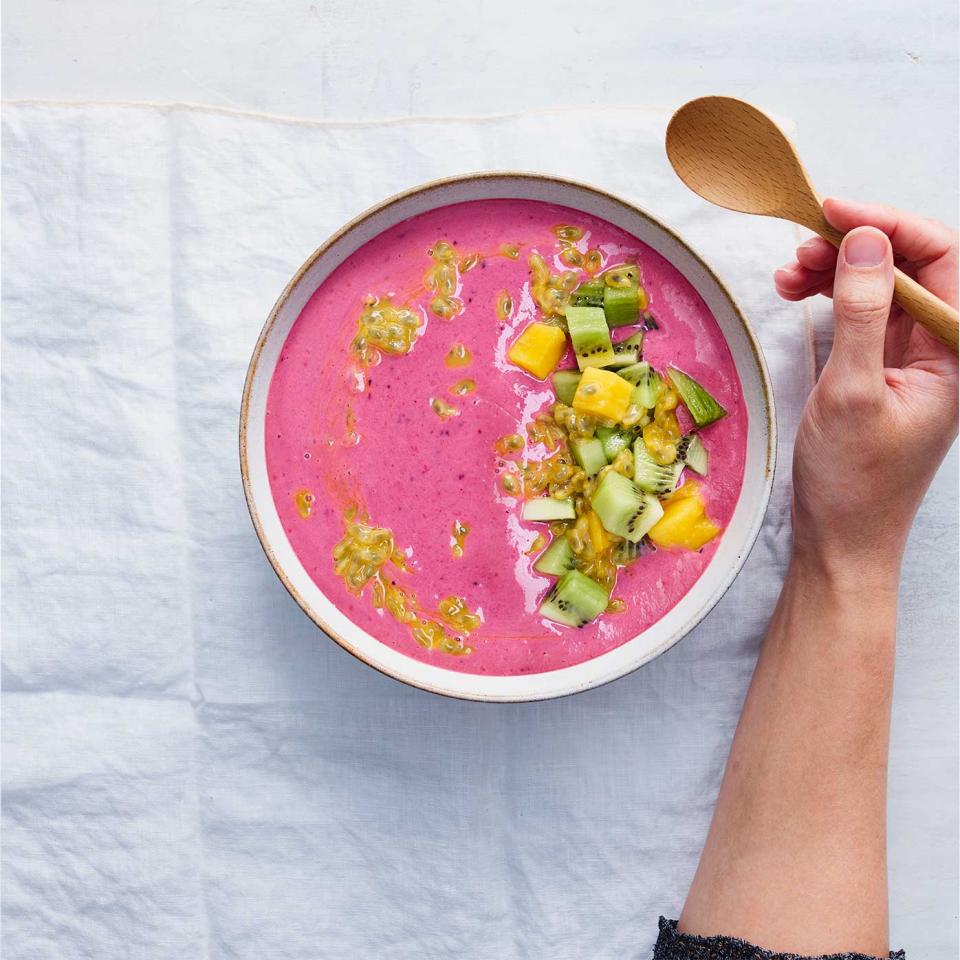 Discover the joy of snacking

Eating little and often is a mantra from doctors and dietitians, and the Malnutrition Task Force suggests eating six small meals a day. ‘If you can’t face coming to the table, put a snack on a tray and eat on the sofa or in the garden,’ says Clarke. ‘Serve food on side plates and in small bowls. Don’t be afraid of adding butter, cream and cheese, which can provide essential fats for energy. And while I’m a huge advocate of fruit and vegetables, be aware they are full of fibre that can fill you up without providing the calories you need. A ramekin of cauliflower cheese is soft, tasty and nourishing, and can offer more sustenance than a big salad.’ Lawyer Sara Liyanage, 44, was diagnosed with breast cancer two years ago (read her blog tickingoffbreastcancer.com).‘When I was having chemotherapy, my appetite would change throughout the treatment cycle,’ she says. ‘When I was feeling very weak and nauseous, my mum would bring me snacks in bed throughout the day, as having even a tiny amount was better than nothing – bite-size pieces of celery with cream cheese or peanut butter, a cracker with cheese, a cup of soup, or quarter of an apple. I’d think, “Oh, I can manage that” and eat. As I felt a bit better, I’d have a bowl of broccoli and some pasta on the sofa. Finally, I’d re-join my family at the table and eat a proper meal before the roller coaster began again.’

Not eating can become a vicious cycle, as the less food we take in, the less appealing the idea of eating becomes. But understanding our body’s signals and our emotional response to food can be key, especially if we are the carer. ‘A lot of eating and appetite is psychological. Giving someone a hearty dinner and saying “eat what you can” may make the person feel like a failure if they don’t get through it,’ explains GP Martin Scurr. ‘But managing a matchbox- sized piece of salmon, a teaspoon of avocado and a cherry tomato can feel like a triumph and set them up to eat again.’ Energy ebbs and flows when we are unwell. We may start the day feeling strong or rally in the afternoon; and sometimes we need to rely on others for support. ‘Asking for and accepting help can be difficult but I learnt to do it when I was unwell,’ remembers Sara Liyanage. ‘Friends know that my husband is wonderful but not a great cook! I’d get a text saying they’d left a pie on the doorstep. Another friend would double up her Sunday dinner and deliver us sliced lamb and roast potatoes, so we only had to add some veg. Gestures like that meant everything when I couldn’t cook and care for myself, let alone my two children. And because I didn’t have to cook the food, I had the energy and appetite to eat it.’

Family and friends can help stock up your fridge and freezer. Or use the times you are feeling stronger to batch-cook dinners to freeze. ‘Throwing some meat and vegetables into a slow cooker to make a stew is simple, and the aroma of it cooking will stimulate the receptors in your brain that control appetite,’ advises Jane Clarke. ‘You could also stew apples, adding cinnamon and star anise to trigger the taste buds, and keep puréed fruit in the fridge, ready for breakfast or a snack. Apple contains pectin that can soothe a nauseous stomach, and a bowl of purée with Greek yogurt is more sustaining and easier to eat than a Granny Smith.’ Loss of appetite can be serious, but it’s also often temporary. ‘When I was in the midst of chemotherapy and radiotherapy, I craved white bread and pasta, although I’m naturally more of a fresh fruit and veg person,’ says Sara Liyanage. ‘I knew I was getting better when I suddenly fancied a big bowl of salad. It represented a milestone in my recovery as I felt I’d found my appetite – and myself – again.’ 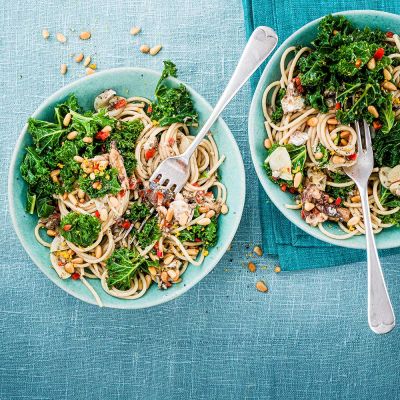 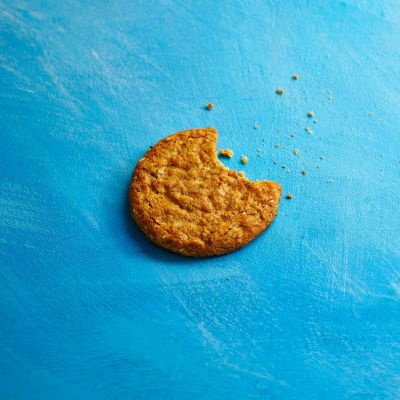 How to snack right 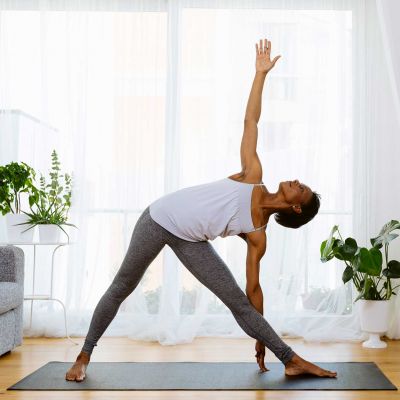 Three ways to get supple