What’s all the fuss about organic wine?

What's all the fuss about organic wine?

You may have heard whisperings on the grapevine (pun intended) of organic or natural wine but, like most of us, have no idea what it is or what the big deal is. To find out more, Vicky McKeever visited the RAW Wine Fair at The Old Truman Brewery on Brick Lane in London.

So just what is organic/natural wine?

It's what you'd expect – wine produced with minimum interference from pesticides and other artificial chemical ingredients, such as sulphites. 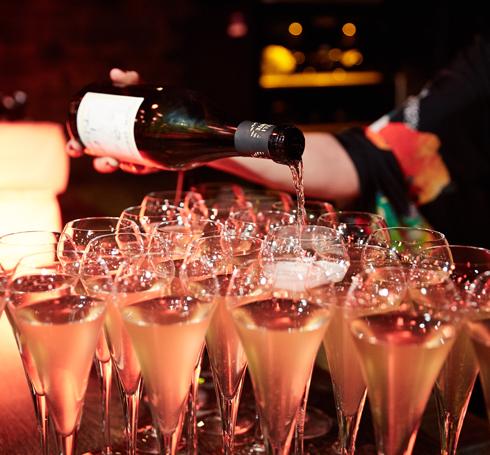 Why should I try it?

Well for one thing, it's healthier. Taking pesticides and preservatives out of the equation in an organic wine makes it much easier for our bodies to filter and digest the alcoholic toxins. Rumour has it this means less of a hangover too.
As many wines also use fish derivatives and egg whites for filtering, particularly when producing Champagne, organic and natural wines are much more veggie-friendly.
And it's better for the environment too. Eliminating pesticides encourages greater biodiversity and results in less water pollution, an increasing problem for France's winegrowers.

Despite having lived in Burgundy, one of France's most famous wine regions, for a year, I am far from a wine aficionado, but the difference in quality is unmistakable. Reducing the amount of tannins in organic and natural wines also removes any bitterness or lingering acerbic aftertaste. Instead there is a much earthier flavour and aroma.

Here are my top picks:

- Brut and the beast – A Champagne with more than just a cleverly crafted name. It has a wonderful cidery taste, which anyone who has tried true French cider knows is pretty unique and unrivalled in quality.
- Viña Enebro – Commonly known as the sweet aperitif wine, this Muscat is unexpectedly light for those with a strong preference towards drier wines.
- Vinos Ambiz – As one who didn't even know orange wine existed this is quite a discovery! Originating in the Ávila region of Spain, its cloudy, dark orange appearance comes from macerating white wine with orange peel. The most pleasant surprise is the intense coffee flavour, making it a definite favourite.

How much is it and where can I get it?

Organic wine is available online and from smaller independent wine sellers. The RAW Wine Fair's organiser, Isabelle Legeron, recommends Noble Fine Liquor on Broadway Market in London or the many shops in Maltby Street in Bermondsey. Starting at around £10-12, it's not stretching the purse strings too much.