The Family Kitchen by one-time single dad and chef Rob Kirby (Absolute Press, £18.99) promises to inspire the whole family, helping them to have fun in the kitchen and wow them at mealtimes. This sounded good to me, so I took the book home to see what my two (Rosa, 14, and Jack, 11) made of it.

As a working mum, I was particularly drawn to the 'Working Nine to Five' section of simple but tasty hearty dinners that could be dished up in a dash – but other sections looked good too, from the fun Big Weekend Chill (treats to scoff in front of X Factor) to the more glamorous entertaining section.

I thought a fun part of trying out the book would be for Jack and Rosa to choose the dish they'd like me to test. As they started to browse it became clear that, although they both were enthusing over the recipes, it was never the same one. If I tell you that Jack's choice ended up being the marbled banana and Nutella bread, while Rosa went for the tomato, tarragon and basil chicken, you'll see just how far apart they were...

So I stepped in and chose the all-in-one chicken thigh, chorizo, butter bean and pine nut pot roast – an easy sounding one-pot that I could imagine popping in the oven on a bleak midweek evening.

The method was simple – browning the chicken thighs (no having to chop up the meat), frying onion and garlic and adding chorizo. Brilliantly, Sainsbury's sells just the right amount ready-diced, so I just added it to the pot – no fuss. In goes fresh thyme, bay leaf and parsley to add herby flavour, plus yummy toasted pine nuts. A tin of tomatoes is added, followed by some stock and butter beans – and there you have it. I popped it in the oven and went off to enjoy a cuppa in front of the Channel 4 news. 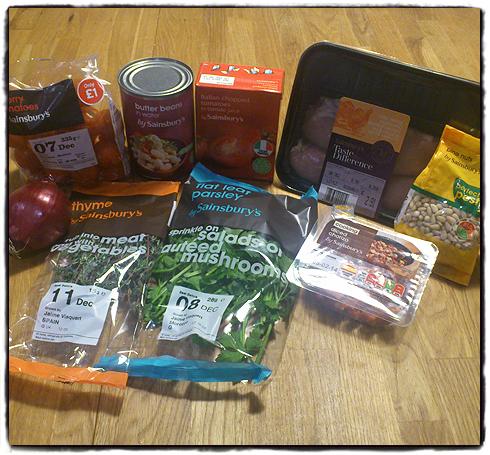 Twenty minutes later I nipped back to remove the lid (to let the sauce reduce) – and before we knew it, it was time to eat. The recipe suggests adding halved cherry tomatoes just at the end – but I left these out as Jack isn't keen on raw tomatoes and served the casserole with a salad (which included cherry tomatoes) instead, as well as some rice.

This one pot was delicious – the chorizo added loads of flavour, the pine nuts gave lovely crunchy texture and the chicken was tender. I was happy – it was a pretty effortless experience from a cook's perspective, with lots of fabulous feedback: 'I love the flavour of the chorizo and the soft butter beans,' said Rosa. 'The chicken was tasty and the sauce was really nice,' said Jack. My husband Nick gave the 'Mediterranean flavours' a big thumbs up too – so it's now gone down as one of our regular meals, and it has to please a fussy crowd to reach that list... 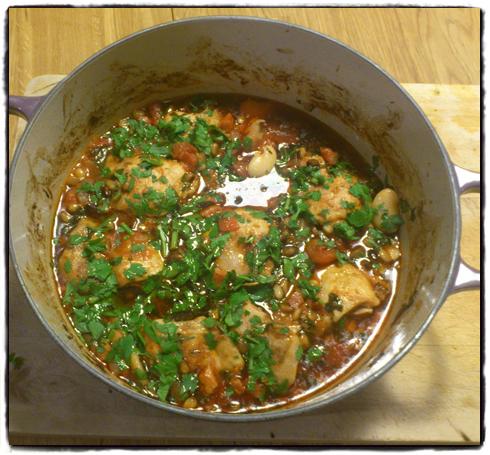