Food DIY is all the rage lately. Once upon a time the geeks among us food lovers were limited to making our own bread and the odd experiment with home brewing – now people are building their own smokers, stuffing their own sausages and even making their own cheese. Home cheesemaking is so popular that one of Britain's most innovative homeware stores – Lakeland – has started selling not one but two specialist cheesemaking kits. We've been road testing both here in the office over the last few months and here are the pictures to prove it: 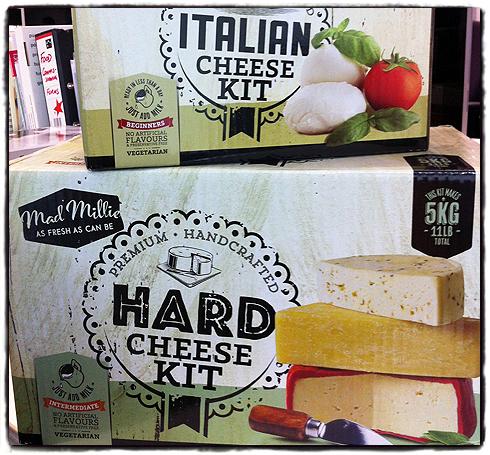 We started with the basics, and ricotta is pretty much as basic as cheese gets – just curdled milk, strained and left to dry out for an hour or two. That wasn't exciting enough for us, so we took it a step further and aged it for three weeks, rubbing it with salt every day, making ricotta salata. The result was a firm, very salty cheese that was utterly delicious. Good with sweet chutney and delicious on pasta, too, as it was firm enough to grate. 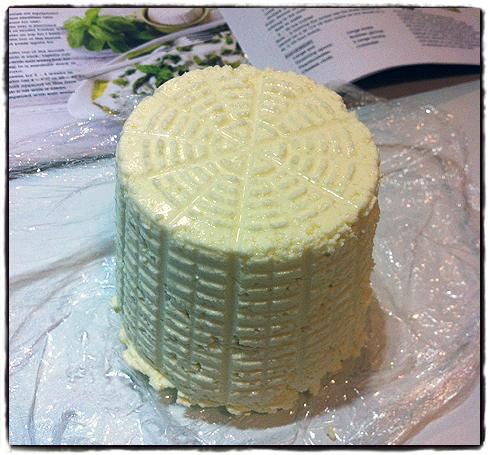 So, having tried simple cheeses we were ready to move on to the more complicated hard-cheese kit. All hard cheeses are made in basically the same way – you heat milk, add a curdling or setting agent (citric acid or rennet), cut the curds, drain the curds, and press the cheese. It's amazing that from this basic recipe you can get everything from rubbery American-style cheese to pecorino, mostly just by adjusting the temperatures you heat the curds to and the amount of pressure you apply to the resulting cheese. We tried Havarti (a semi-soft Danish cheese) and red Leicester.

An inevitable by-product of cheesemaking is a vast quantity of whey. In fact to make a 500g cheese you need six litres of milk, and you get at least half of that back as leftover whey. Fortunately whey is delicious (just ask the pigs of Parma – they're traditionally fed on the whey left over from Parmesan manufacture), and it's particularly good used in place of stock in a risotto, or to replace water or milk in any baking recipe. It freezes well, too, so you don't have to get through all three litres of it at once. 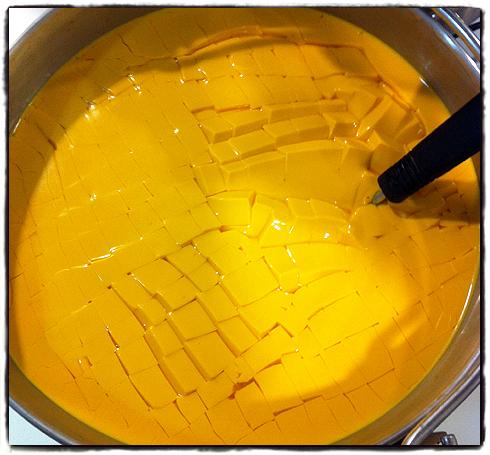 Hygiene is essential when making your own cheese. Everything has to be sterilised before use and you'll probably never wash your hands as much doing anything else. Even the tiniest bit of bacteria can infect your precious cheese, as we discovered when we looked in on the cheese after one weekend to discover the Havarti had developed a spectacular purple and green bloom. When something has taken several weeks and an expensive quantity of milk to make, you really don't want to have to throw it away because you didn't scrub your nails hard enough! The cheese kit comes with a food-grade wax to coat your cheeses so, although it's not traditional, we waxed our red Leicester. After two months of ageing, it was still pristine and ready to eat: 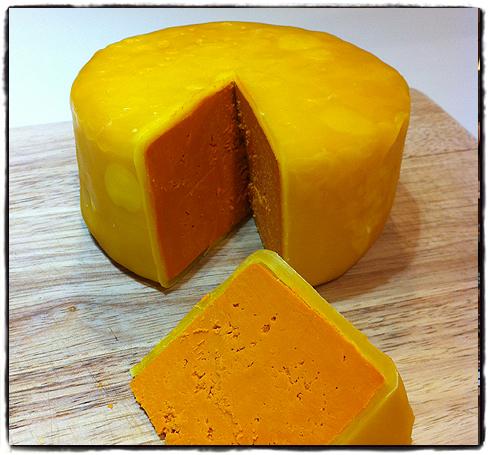 Cheesemaking at home is a thoroughly enjoyable experience but is expensive (both in terms of the equipment and all the milk) and time consuming, so it's one for the truly passionate and committed amateur only. You're unlikely to produce anything to have Messrs Dairy Crest and Kraft quaking in their boots, but it will be delicious and it will be unique to you.