The spice of life: why eating curry can be good for you

From easing arthritis to protecting you against Alzheimer’s, a passion for curries can boost your health. Lisa Buckingham finds out how. 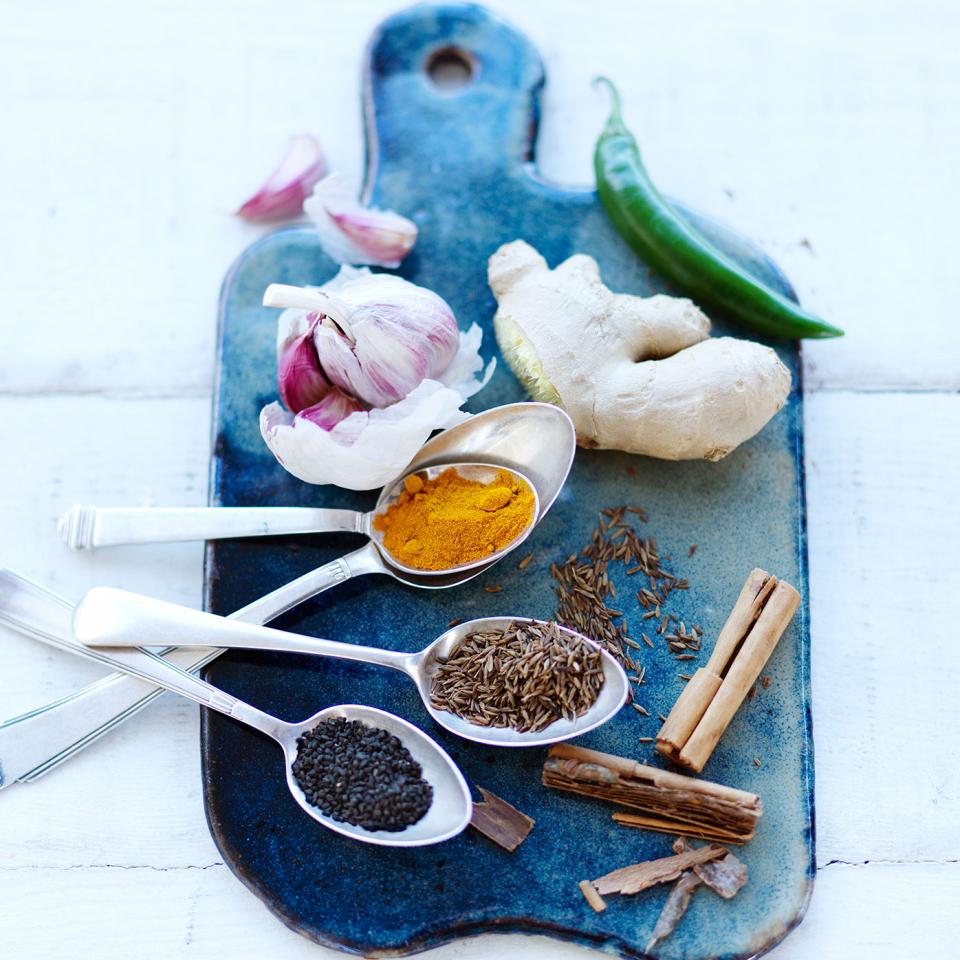 If you haven’t heard of the ‘golden milk’ trend, you soon will; turmeric lattes have overtaken green and matcha tea to become this year’s hippest health drink. Happily for its fans, the spice comes with a raft of possible health benefits – and it’s not alone. There is growing evidence that suggests Indian flavourings are packed with active compounds that can safeguard our health; research suggests that cinnamon, root ginger, turmeric and cumin all have astonishing antioxidant and anti-inflammatory effects.

But perhaps the most potent spice of all is the humble chilli, which contains the healing compound capsaicin. When the body’s heat and pain receptors bind to capsaicin, it can set off a chain of beneficial responses throughout your body, helping protect us from heart disease, cancer and Alzheimer’s. It might even assist with weight loss by stimulating the rate at which the body burns calories.

‘Most of the warming spices, such as chilli and cumin, stimulate thermogenesis – an increase in energy expenditure, which means you burn more calories after eating,’ says registered nutritionist Rick Hay. ‘And if you have a slightly sluggish digestive and circulatory system, spices can stimulate them.’

So, which spices should be on your shopping list?

Cumin is rich in phytosterols, which help keep cholesterol levels low. Researchers think they may boost metabolic rate, too; one study showed that overweight women who ate 3g of cumin powder a day for three months lost more weight and had lower cholesterol than those who didn’t, and a smaller US study found it may help combat the damaging effects of stress.

This golden-yellow spice has long been used as an anti-inflammatory treatment in traditional Chinese and Ayurvedic medicine.

Now a number of peer-reviewed studies have shown that a key component in turmeric, curcumin, might protect against conditions including cancer, inflammatory bowel disease, Alzheimer’s and irritable bowel syndrome.

One study on osteoarthritis patients found that it may be as effective as ibuprofen but with fewer gastrointestinal side-effects. And if that’s not enough, turmeric is also a powerful antioxidant, helping protect against age and stress-related damage to the body.

The one downside? Turmeric is poorly absorbed by the body – but mixing it with pepper can significantly boost absorption, according to Hay.

A delicious and warming spice, cinnamon contains iron, calcium and vitamin K, and is traditionally used in Ayurvedic medicine as a tonic for the digestive system. But now modern scientists are also interested in its powers: research shows that cinnamon may improve insulin sensitivity and blood sugar control. A 2017 laboratory study also found that it could increase energy expenditure, making it a potential tool against weight gain. 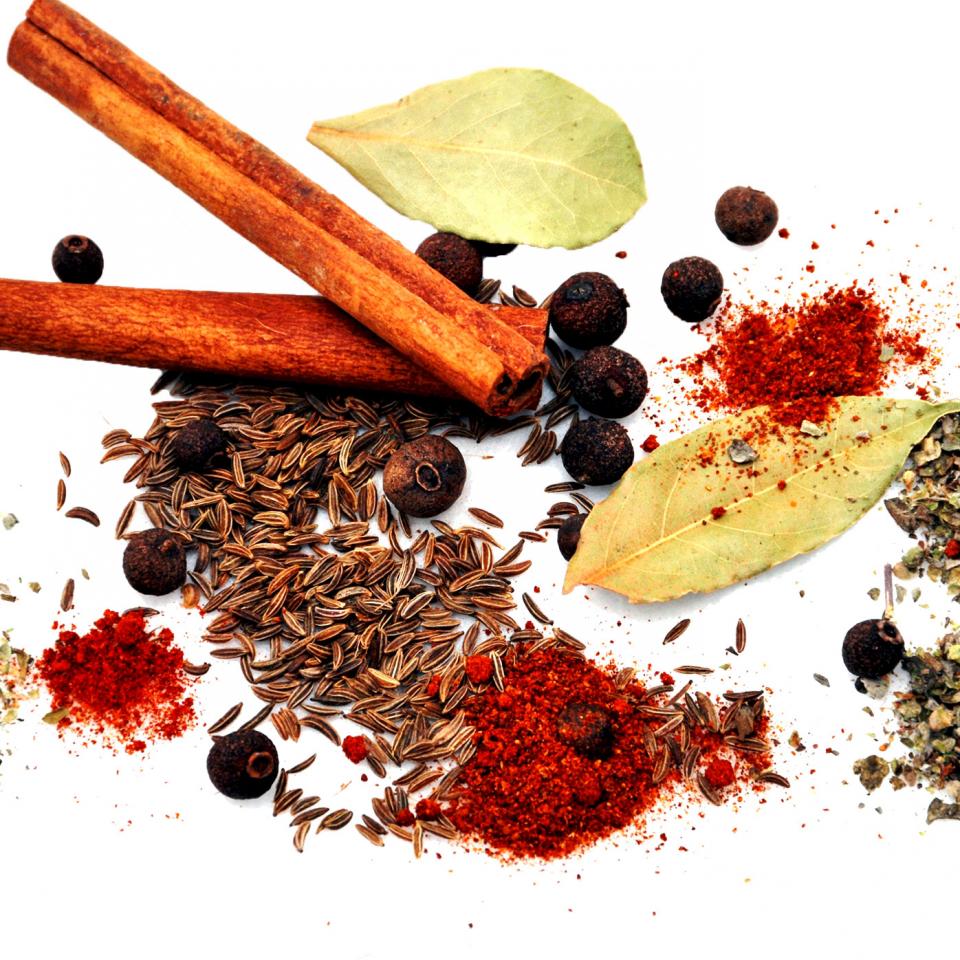 Also known as black cumin, these little bundles of goodness not only contain copper, phosphorus and iron, but a 2016 paper suggested they could also improve learning and memory, possibly due to their antioxidant and anti-inflammatory properties. Other studies show they may also help with pain relief.

People who regularly eat chillies – dried, fresh, in sauces or oils – live longer, according to two studies in 2015 and 2017. The research also found that eating chillies specifically lowers risk of cancer, heart disease and respiratory disease. Chilli may also help anyone trying to lose weight; in one study, adding chilli to breakfast led to decreased hunger at lunchtime and a lower intake of fat at lunch. Another found that consuming around a gram of cayenne pepper each day reduced hunger and cravings for salty, fatty and sweet foods. Small studies also suggest capsaicin may boost beneficial gut microbiota, improve control of insulin and help your heart by both reducing the build-up of cholesterol and lowering blood pressure.

Love working out? Then increase your ginger intake. Studies suggest it helps reduce joint inflammation and reduces exercise-induced muscle pain by 25%. Try grating it into hot water with lemon for an instant boost.

‘Garlic contains an antibacterial, anti-fungal and antioxidant agent called allicin, which may assist the immune system in fighting infections,’ says Hay. ‘It’s also been shown to have cardiovascular benefits.’ A 2016 study found that garlic may protect the heart by reducing blood pressure and cholesterol and others have found that it could reduce atherosclerosis (narrowing of the arteries). And don’t throw away garlic bulbs that have started sprouting – scientists think aged garlic has higher levels of antioxidants and different health-giving benefits. 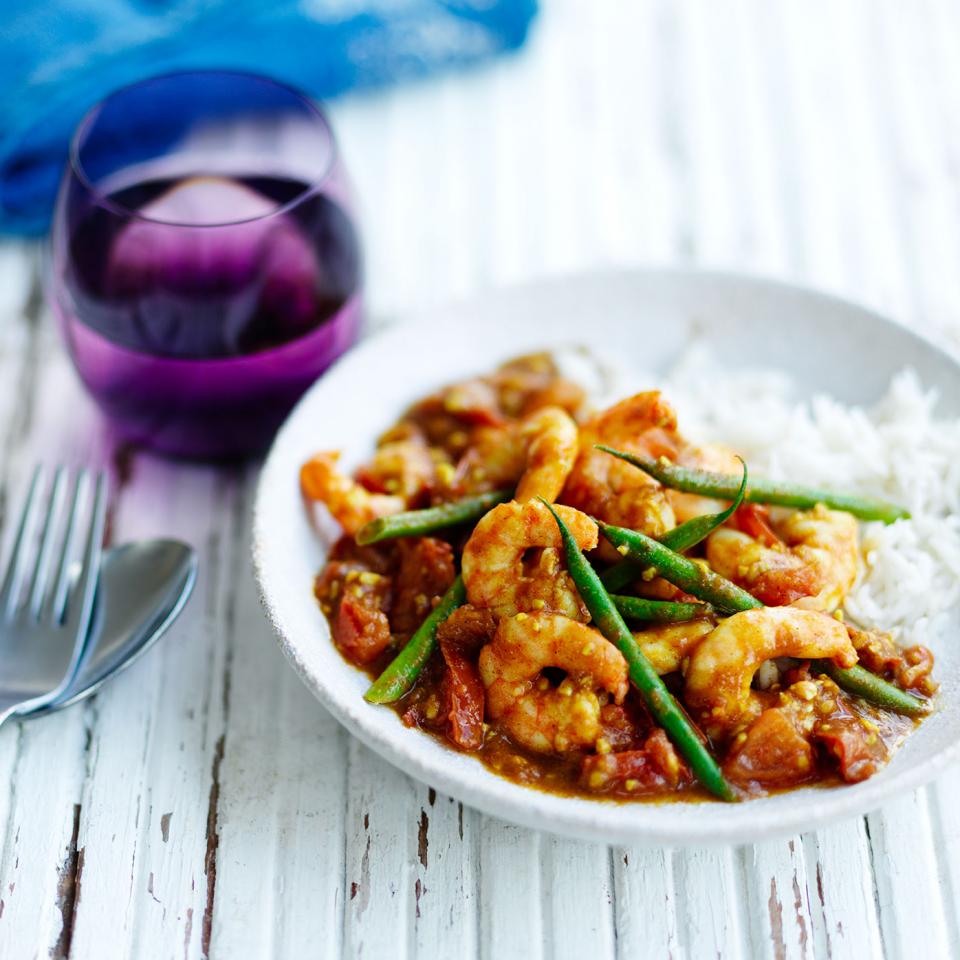 Tamarind prawns with cinnamon rice (source of turmeric and garlic)