Love me tender: the delicate delights of Tenderstem broccoli

The love child of broccoli and Chinese kale, Tenderstem broccoli has become a favourite in the British kitchen. Francesca Ryan heads to Jersey to see how this delicate vegetable makes its way from soil to supermarket. 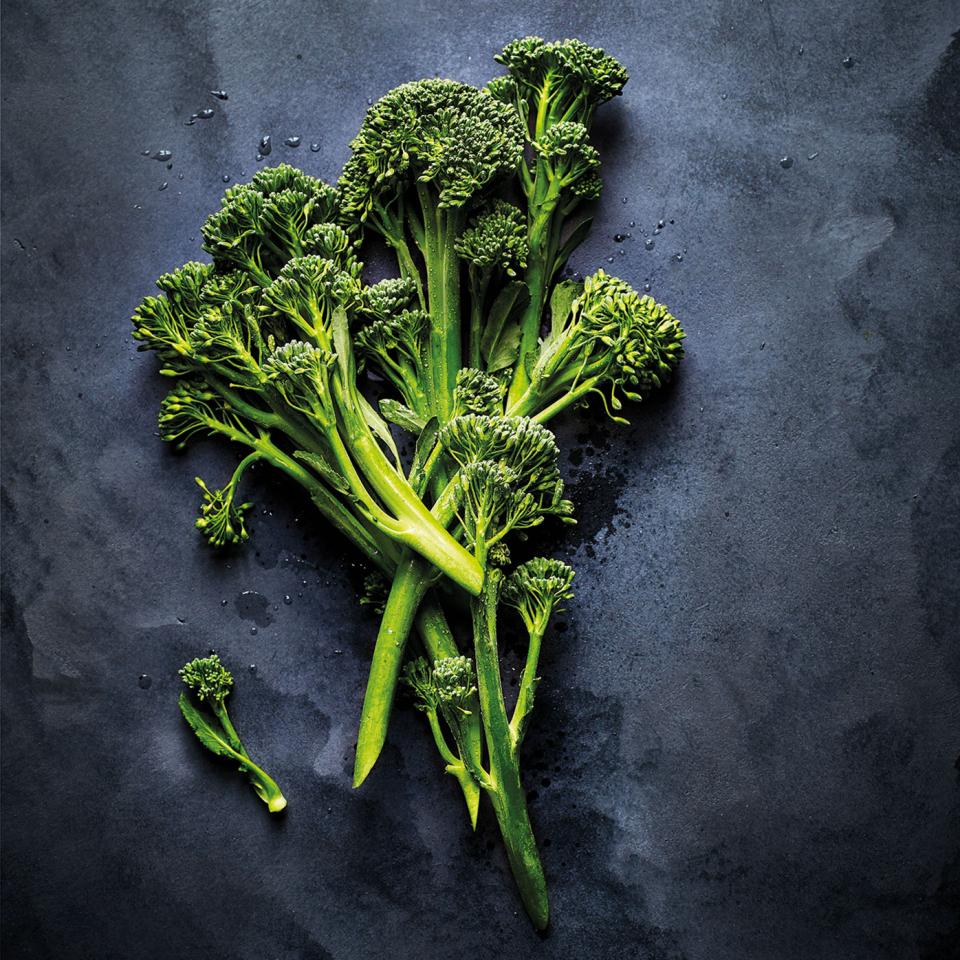 Jersey, at just nine miles by five the largest of the Channel Islands, Channel Islands, has always been known for its old-fashioned charm – from the slower pace of life (the maximum speed limit is 40 mph) to its golden sandy beaches and hydrangea-lined avenues. But it has never really been on the map as a gourmet destination.

Now, thanks to its balmy climate, a wealth of food producers and a strong Gallic influence, that’s beginning to change. Locals have started capitalising on the island’s culinary potential, from its gourmet produce (the famous Jersey Royal potatoes, creamy golden milk and succulent lobster) to its fine dining (Jersey is home to two Michelin-starred restaurants) and, more recently, a growing street-food scene.

As we speed past steep hills brimming with Jersey Royals, a pungent aroma hangs in the air. ‘That aromatic smell is seaweed,’ says our Blue Badge tour guide, Tracey Radford. ‘It’s a precious commodity.’

It’s this seaweed, or ‘vraic’, as the locals call it, that gives the Royals their unique flavour, and which farmers across the island use on their fields as a free fertiliser.

‘If you planted the potato seeds elsewhere in the world, you wouldn’t get the same flavour,’ says Jersey Royal farmer Didier Hellio. ‘It has to be Jersey soil.’

But, celebrated though these potatoes are, the island’s big vegetable success story of recent years has been Tenderstem. This broccoli and Chinese-kale hybrid, developed in Japan using classic cross-breeding techniques, has become one of the five biggest brands in fresh produce.

One of the first people to grow Tenderstem in the British Isles was Richard Le Cornu. A third-generation farmer (he was given his first crop tunnel at the age of 12), he grew cut flowers and Jersey Royals when he first took over from his father in 1991. Today, he is the island’s leading Tenderstem producer, growing 140 tonnes of the crop each season, most of which he supplies to Sainsbury’s. 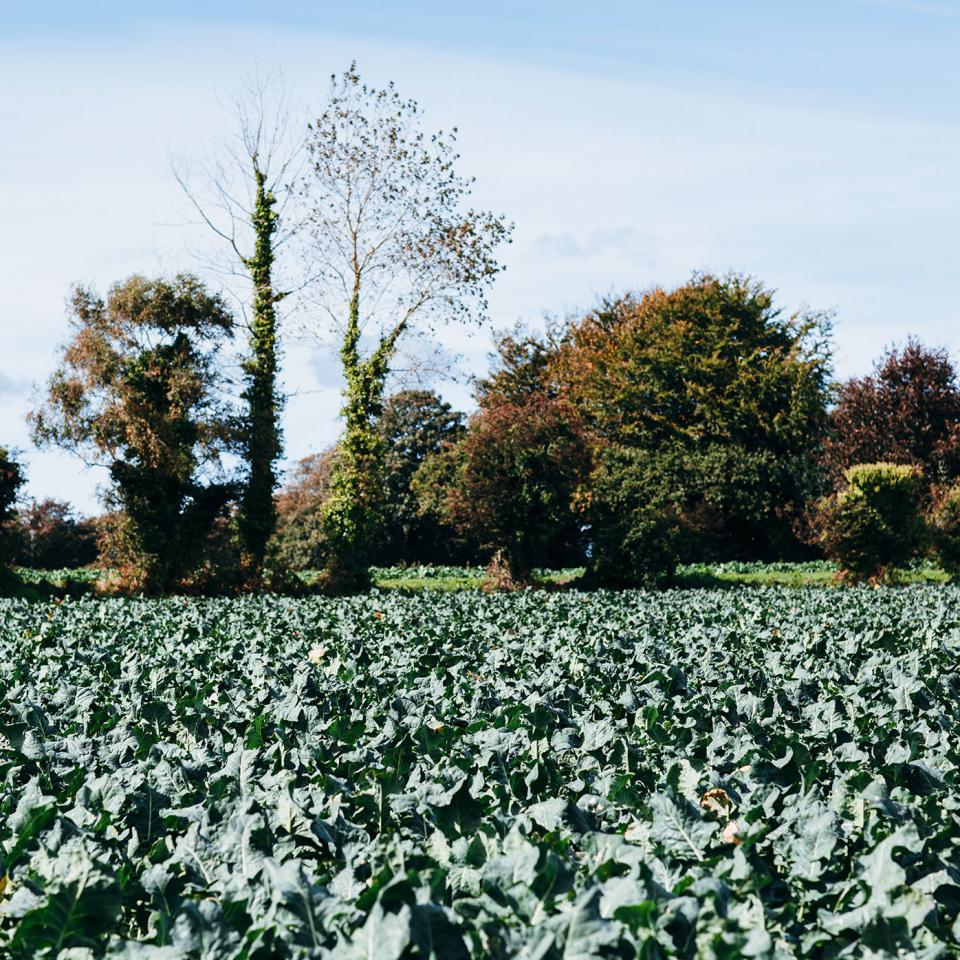 ‘When I was first approached by a friend to help him run a Tenderstem trial, I had absolutely no idea what it was,’ Le Cornu says. ‘It’s unbelievable how popular it’s become in the 20-odd years I’ve been growing it. It’s one of the good stories in farming.’

As Le Cornu takes us on a tour of one of his fields (he has 60 acres of Tenderstem), large clusters of cabbage white butterflies dart in and out of the crop’s primrose-yellow flower heads.

‘Here’s one that’s just ready,’ he says, pointing out a particular plant. ‘It’s about 10 weeks old, and will be harvested either today or tomorrow. The timing is crucial – especially in summer – because a crop changes in the space of a day.’

A key attraction of this sweet, nutty vegetable is the fact that you can eat it all, from the floret to the bottom of the stem.

The most difficult challenge for Le Cornu is getting the crop to look just right. ‘It’s a very distinctive shape, and it’s hard to perfect,’ he says. ‘You get too-thin ones, too-thick ones, and you need to make sure it’s not “leggy”.’ He plucks a stem to demonstrate a perfect specimen, and invites us to eat it fresh from the field. Even uncooked, it’s surprisingly flavoursome and delicious.

Each stem has to be cut by hand to exacting specifications. ‘The stem has to be about 20cm long and no thicker than 1.5cm; pickers are trained intensively so they can do it by eye,’ says Le Cornu. ‘People might say there’s a price premium, but the fact is it’s incredibly difficult to get the harvesting just right.’

Le Cornu also grows purple sprouting broccoli, Jersey Royals and chillies, but Tenderstem is his main crop, which he harvests from May to early November. ‘Look – there are some secondary shoots just starting off through the bottom of this plant, and those will produce third shoots,’ he says. ‘We’ll be harvesting them over a month, going back two or three times a week.’

The picked crops are shipped to the mainland three times a week, meaning the journey from field to supermarket shelf can take as little as 48 hours. 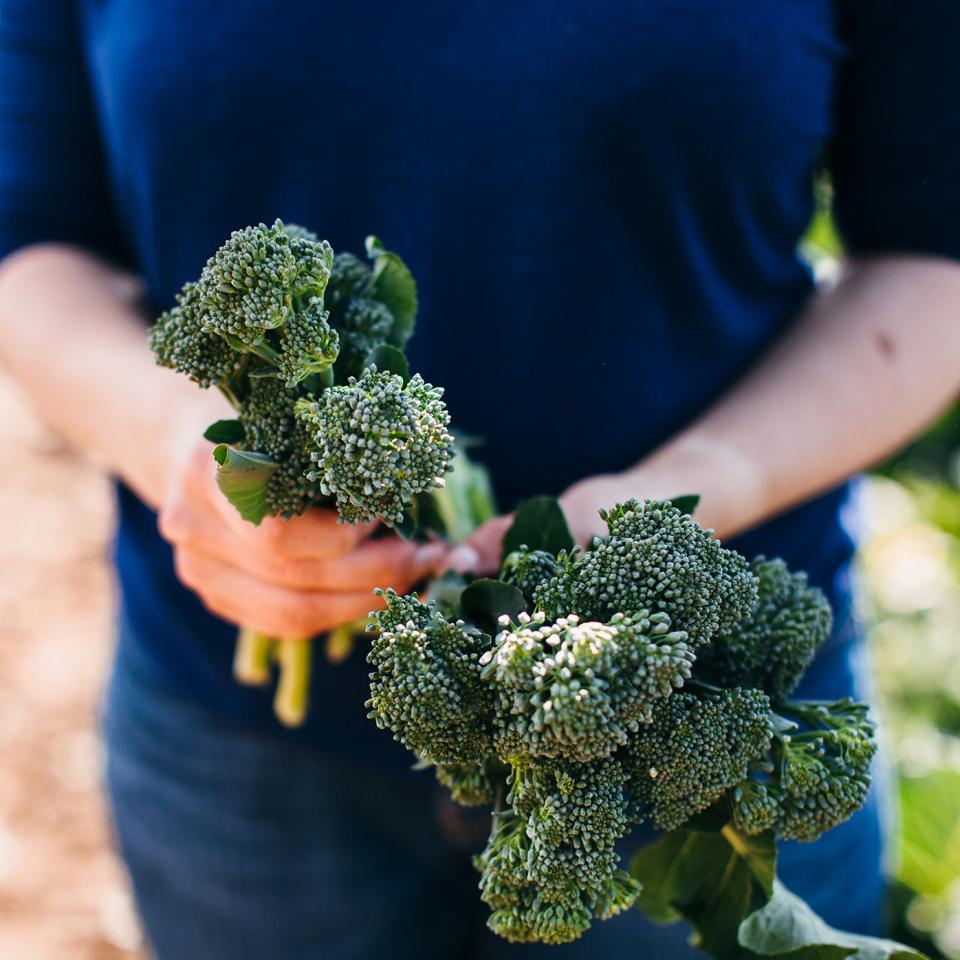 Tenderstem is picky about its growing conditions and, to ward off pest and diseases such as club root, Le Cornu has instigated a strict regime of crop rotation. Land swaps with his neighbours result in a very close-knit farming community. ‘It’s a matter of working together, which is happening more in Jersey than ever before,’ he says.

Thanks to the current popularity of vegan and flexitarian diets, demand for his crop won’t drop any time soon.

‘People are looking for interesting ways with new vegetables,’ says Kate Gray, director of Tenderstem’s PR agency, MCG. ‘And it’s so easy to cook compared to broccoli, with no waste.’

Rich in vitamin C, vitamin A and potassium, Tenderstem is championed by chefs and food writers including Jamie Oliver and ‘Body Coach’ Joe Wicks, who demonstrates all sorts of creative ways to use it in his best-selling book Lean In 15.

We get a taste of its versatility ourselves as our day ends with a Tenderstem-themed picnic developed by Jersey caterer Wild Health. This includes Tenderstem ‘crisps’ (dehydrated Tenderstem), Tenderstem sushi bites with a tamari dip, and hot courgette noodles with griddled Tenderstem and a buttery sauce.

‘People tend to think of it as a vegetable they’ll stir-fry or steam, but it’s also really good roasted, grilled or even raw,’ says Gray.

And Le Cornu has yet another favourite way to eat Tenderstem: lightly boiled with a sprinkling of cheese on top, then grilled briefly to melt the cheese. It must taste especially good when it’s fresh from your own farm. 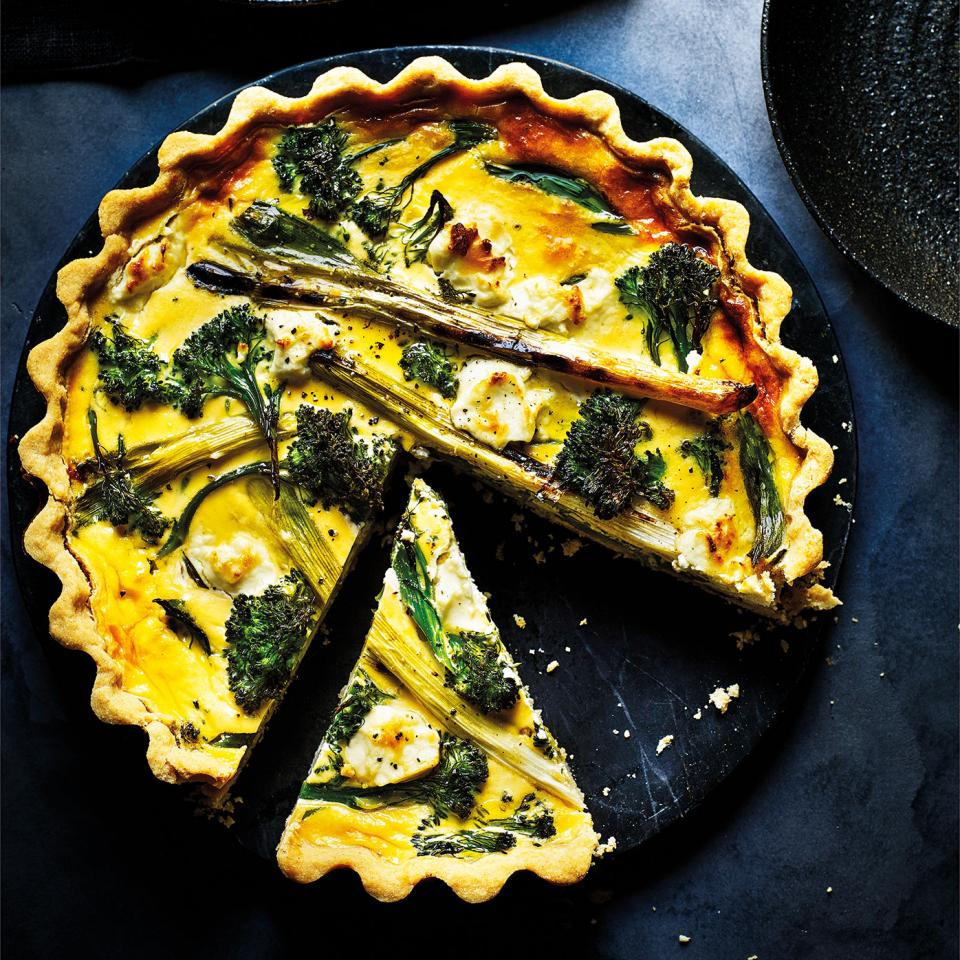