Hugh Fearnley-Whittingstall: my most memorable meal

The River Cottage chef recalls a smörgåsbord of vegetables picked fresh from his garden. 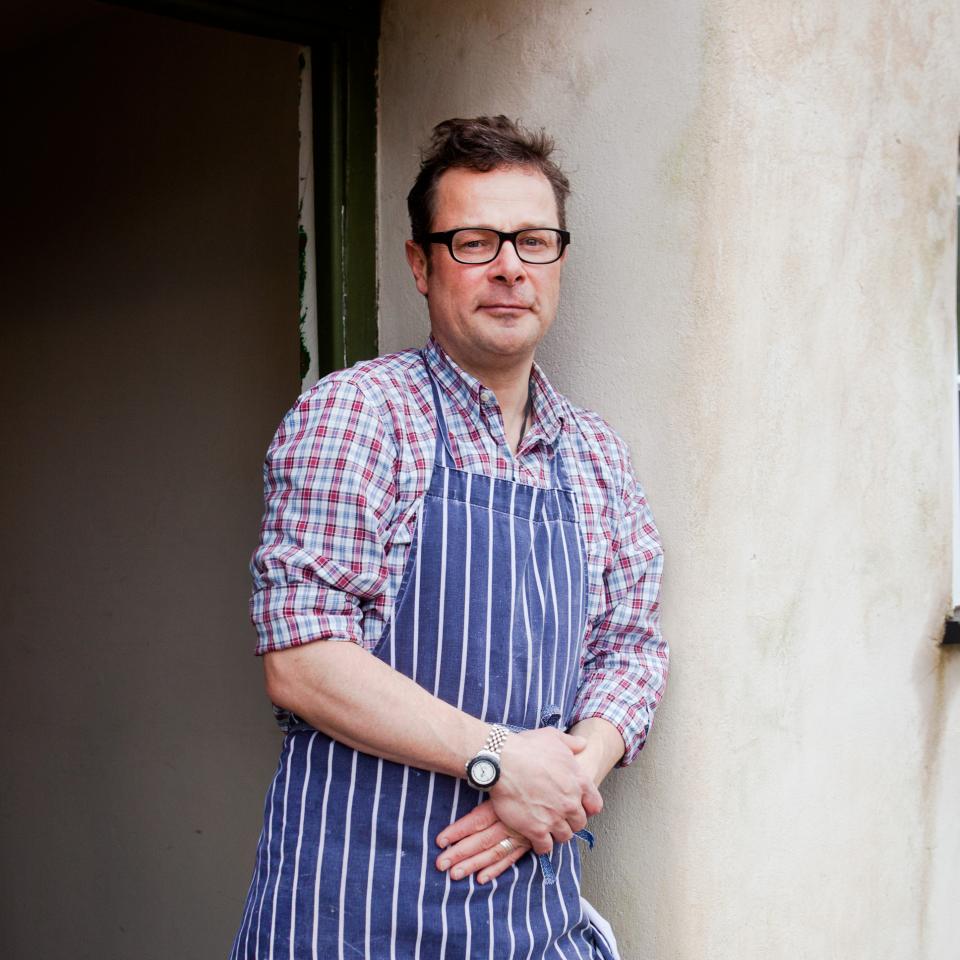 I have so many wonderful memories of meals that I’ve shared with my family, but recently we had one that was really special. It’s a version of a meal we have all the time once the summer is underway – basically a Smörgåsbord of good things from the vegetable garden.

Gardening is all about delayed gratification, which is something I’m very bad at. Whenever I’ve been away for a few days, I go straight to the vegetable garden when I  get home to see what’s new  and ready. That afternoon  the elderflowers were just  starting to flower, and we  watched the nuthatches on the bird table while we ate.

My oldest two children  were away, so it was me and my wife, Marie, plus Freddie,14, and Louisa, seven. Our garden looks out over lovely farmland and woodland, and at the moment our cows – chestnut-coloured Devon Rubies– are in the field in front of the house. They look amazing in the sun, and the grass is incredibly green.

We started with a bowl of fantastic nettle soup, the last of the season. Nettles were so early this year, but I managed to find a few small, tender ones in a shady spot where they hadn’t grown so fast. Then I cut some artichokes from the little patch we’ve got next to a fig tree and boiled them; I like them quite nutty, so five minutes does it. I put them on the table with a simple vinaigrette – just cider vinegar, olive oil and a pinch of mustard – and some melted butter for dipping. We all like a bit of both.

Then there were radishes, a little on the baby side, but really crisp and crunchy. They’re like a palate cleanser: when you’ve wolfed down a load of buttery artichokes and you’re feeling a bit indulgent, you pick one up and crunch it, then feel less guilty about going back for more. And there were orach tops, a bit like spinach. I wilted those with a tiny bit of olive oil, garlic and a squeeze of lemon.

Finally, we had new potatoes. I crush them with the skins on so they pop, and fry them like that. You get wonderful crispy edges, so they’re more like busted chips or roast potatoes.

Whenever we’re eating the first of anything, there’s always a lot of umming and aahing at mealtimes. Are the radishes a bit hot, or just right? I remember we talked a lot about the artichokes that day – and who was having slightly more butter than artichoke.

We waste so many vegetables we grow here in the UK because we’re stuck in a narrow way of thinking about them – they’re just on the side, steamed, boiled or occasionally fried. But if, say, you thinly shave things you’d never normally eat raw, or roast things you’d never normally put in the oven, then combine them in new ways, there are enormous rewards. I’m looking forward to having more of them to hand, and having time to work out ever more exciting ways to eat them.