Your guide to salt

All chefs know salt's not just for sprinkling on your chips. Learn the different types of salt and how this powerful ingredient can transform your cooking.

Table or cooking salt is the most heavily processed of all types, a very finely milled version of rock salt. Because it’s prone to clumping, it usually contains ‘anti-caking’ additives. Most keen cooks prefer to use fine sea salt in their cooking for its purer flavour. It’s easy to over-salt food with fine salt, so use sparingly.

Sometimes called halite, rock salt is the type you put in your salt mill or grinder. It’s taken from salt mines where ancient lakes or seas have evaporated. It’s relatively cheap and, when not filling salt mills, is used to season ‘bases’ such as soups, stocks and pasta water.

Similar to rock salt but made by evaporating fresh seawater. Because it contains trace minerals from the sea, it has a slightly more complex flavour. Add it to your grinder, rub into pork skin for crackling, or use it to make salt crusts.

These large, snowflake-like crystals of pure salt are made by evaporating seawater in more precise and controlled environments than for the coarse stuff. They’re crunchy, flaky and often used as a garnishing salt after cooking, to add texture and flavour. There’s very little a pinch of sea salt flakes won’t enhance.

Discover how salt can transform your cooking with our recipes: 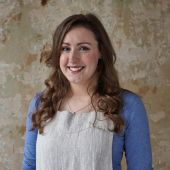