Last Friday I sneaked into the finals of the Sainsbury's Great British Beer Hunt (admittedly not where you'd usually find me, being a confirmed Sauvignon Blanc drinker and all). The event came after months of trialling new beers in Sainsbury's stores around the country and putting them to the public vote. To my surprise I quite liked the taste of a lot of the beers, especially the Manchester Star Ale, recommended to me by judge and world's best sommelier of 2010, Gerard Basset. 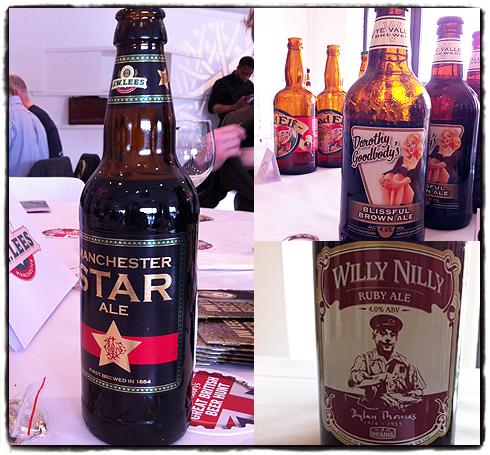 This dark treacly beer is made using an 1884 recipe discovered in the brewer's archive, and it tasted wonderful with a wedge of mature cheddar. Gerard said it would also be delicious with game or a rich stew (and who am I to argue?). It won the runners-up prize, so look out for it in 100 Sainsbury's stores from mid November. Batemans Mocha from Lincolnshire was crowned the winner - as you would expect, it's a rich, smooth beer made with Arabica coffee and Belgian chocolate. It'll be stocked in 300 Sainsbury's stores, so you have no excuse not to try it – cheers!