You’ve lost an enormous amount of weight. What prompted the change?

I was approaching 40 and I started thinking, ‘Where am I? What have I achieved? What I am doing?’ I had a reputation for being the last man standing at parties – big drinking, big eating – and I thought, ‘This can’t go on.’ It was a conscious decision to change.

How did you choose a diet?

I went through so many weight loss ideas. Calorie counting, low-fat, the 5:2 diet… there are so many types of diets. And it’s not like I had to just lose a bit to fit into my wedding dress – I was nearly 30 stone! I even looked for a beer diet… Then I started looking at low-carb. It meant I could still eat steak, but just not have chips. The good thing about low-carb is you can eat fat, which is great because it’s full of flavour. I found myself looking forward to dinner; there were so many full-on flavours I didn’t miss the carbohydrates. 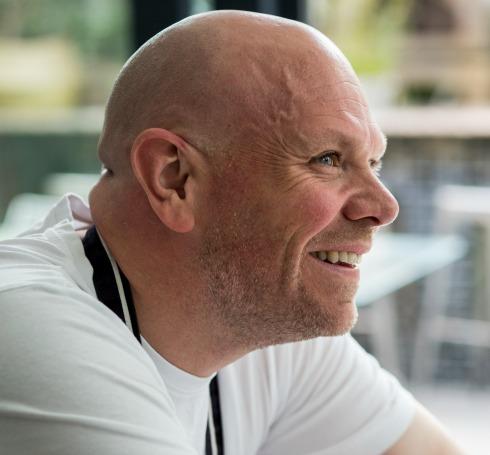 Is it true you cut out alcohol overnight?

Yes, I’ve been teetotal for over three years. It’s easy in this industry to drink a lot – you have to have an understanding of how beer is brewed and gin is made. But it’s a social thing, too. Most chefs have some form of inbuilt party release button we’re always activating. It was very hard to break that habit. I still have to think about it every day and actively not drink.

Your new book is called Tom Kerridge’s Dopamine Diet. What is dopamine?

Dopamine is a neurotransmitter; it’s called the ‘pleasure hormone’, because it makes you like stuff. It’s in food like burgers and fries, but also in green, leafy vegetables, fish, eggs and meat. I researched the foods I was eating and realised many were high in dopamine-releasing ingredients. They don’t make you feel elated, but they help make you feel you’re not on a painful diet, eating lettuce each day. 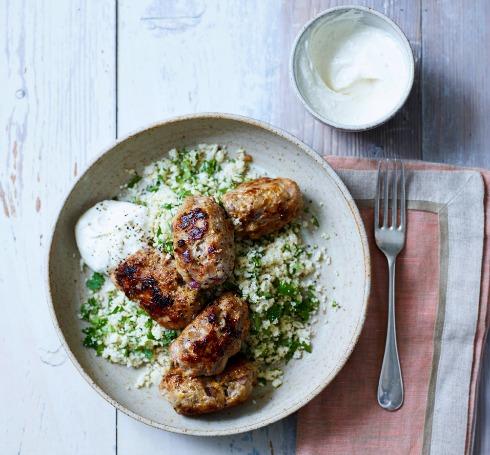 Writing books for the home cook is very different from your day job as a chef. Do you find it difficult?

Book one I really didn’t enjoy. When I left school at 16 I hated sitting down with a pen and paper, so writing a book was like being back there. This is book four, so I’m used to it now. Every recipe is handwritten, usually late at night. I normally write till about 4am, three or four days a week. Then I send the recipes to my PA, Alex, bless her, who writes them up.

Is exercise an important part of your new lifestyle?

I needed to find a way of releasing energy rather than partying. I started swimming, it was hard at first but I love it – not only because it’s active, but the pool is the one place the phone isn’t ringing. Plus, the amount of dishes or solutions to problems I’ve come up with when swimming is fantastic. Just find the thing you want to do – walking the dog, badminton, squash or golf. It is hard, though. When you’re 40 and overweight, the idea of going to a gym where there’s a 23-year-old personal trainer with a six-pack is massively off-putting. But remember, there are more people in the world that look like me than them. And if I can do it, anybody can!

There’s been a lot of talk about Britain’s obesity crisis. Do we have an unhealthy relationship with food?

I think we did, but we’re coming out of it. More people are understanding the provenance, history and heritage of food. And from Sainsbury’s magazine to Great British Menu to farmers’ markets, people are being encouraged to realise food isn’t just a source of fuel, but of entertainment and enjoyment. When I was 18, we used to hang around a park smoking and drinking. Now, 18-year-olds are wandering around with a gym bag and a protein shake. What they’re doing is so different. I don’t think it’s a fad – it’s through knowledge.

Your life has changed in another important way, hasn’t it?

Yes, since becoming healthy we’ve had a little boy! My wife (Beth, a sculptor) gave up booze with me. Now our little man is nearly a year old, the idea of having to get up with a hangover in the middle of the night is her worst nightmare. It’s been the most amazing trade-off. We’ve got our son and it’s the best thing. My focus is different now. 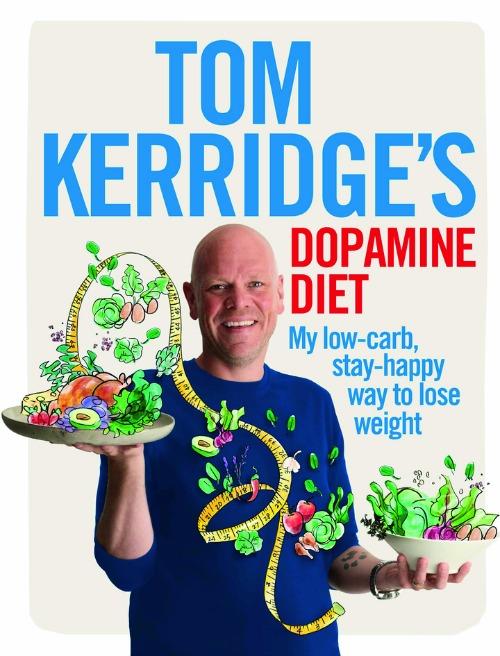