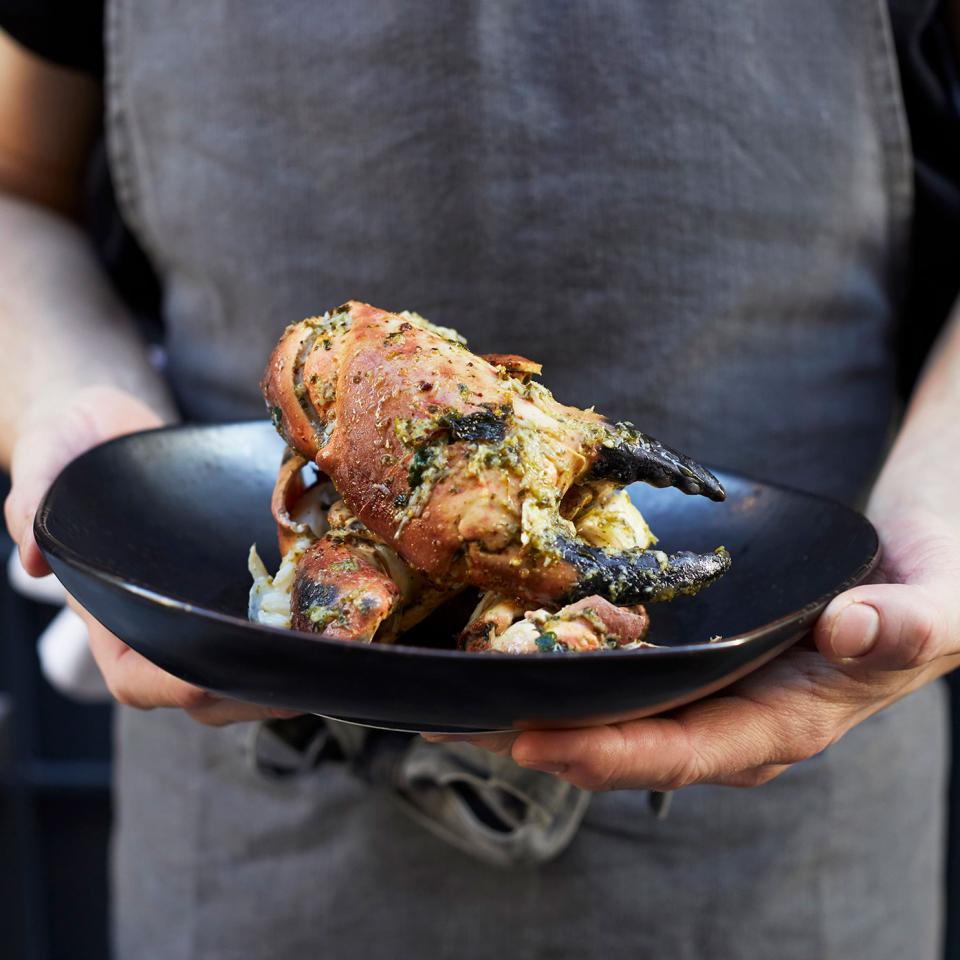 On Kingly Street, just a few minutes from Oxford Circus.

Claw was founded by Londoner Fabian Clark in 2015, when he discovered that Britain exports approximately 80% of its delicious native crab to Europe and Asia. He started selling simple crab dishes using Devon-caught crab at various street-food markets around London, and quickly gained a cult following – especially for his signature crab claws doused in garlic and lime butter. Now he’s opened a 50-cover restaurant to try and turn us into a more crustacean nation.

All real Londoners avoid Oxford Circus like the plague, but if you really do need to hit up Primark or John Lewis, this relaxed little restaurant is a soothing respite from the bustle outside. Its stripped-back, industrial look – exposed brick walls, no tablecloths, neon signs – could easily feel sterile, but even on a fairly quiet Tuesday night, it has a warm, lively atmosphere. The staff are excellent at explaining the menu, and seem genuinely enthusiastic about what they’re offering. 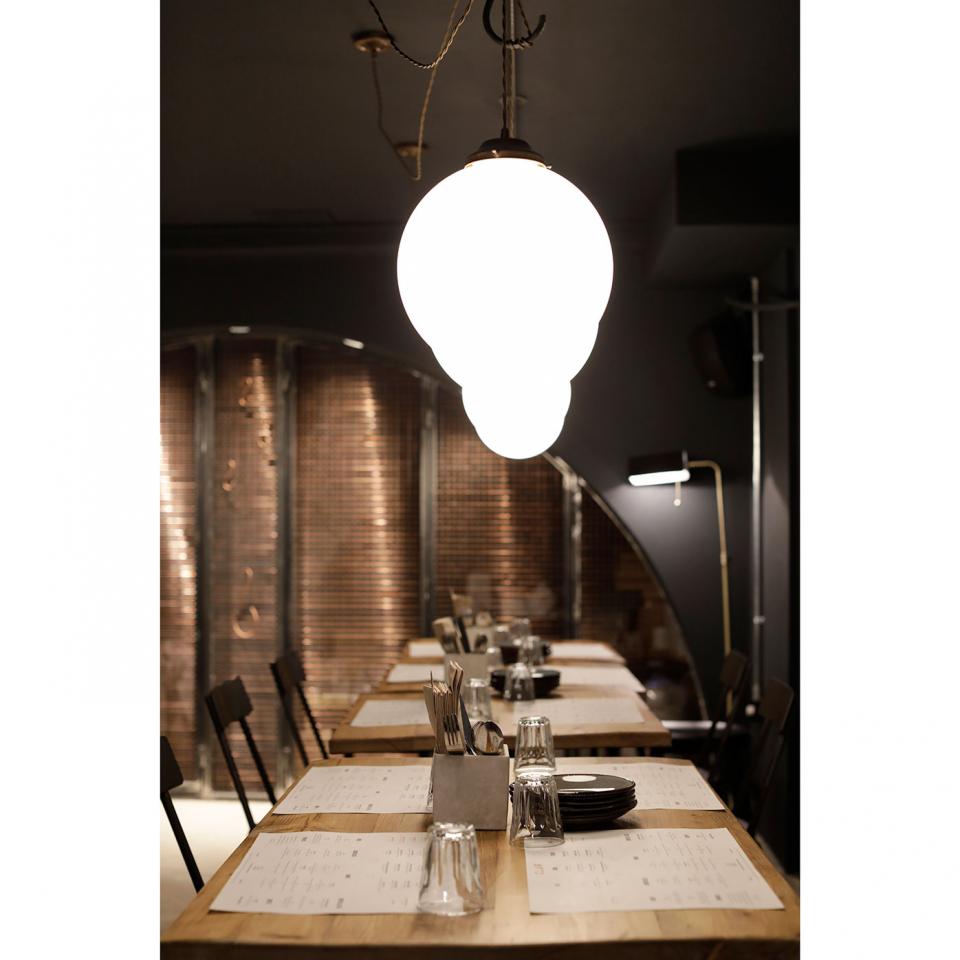 Slightly confusingly for a restaurant called Claw, where all the staff wear sweaters emblazoned with Tropicana-orange crabs, crab is only a small part of the menu – perhaps the owners were worried about putting off fish-fearing diners. It’s a ‘small plates’ restaurant (between two and four dishes recommended per person) so my friend and I tuck into a sharing dinner of crab claws, crab fries, chicken wings and stir-fried Brussels sprouts with garlic and chilli. The drinks list is short, sweet and affordable; I’m especially pleased you can order a half-litre of the ‘on tap’ house wine, perfect for those frequent occasions when a glass isn't enough but a bottle too much… 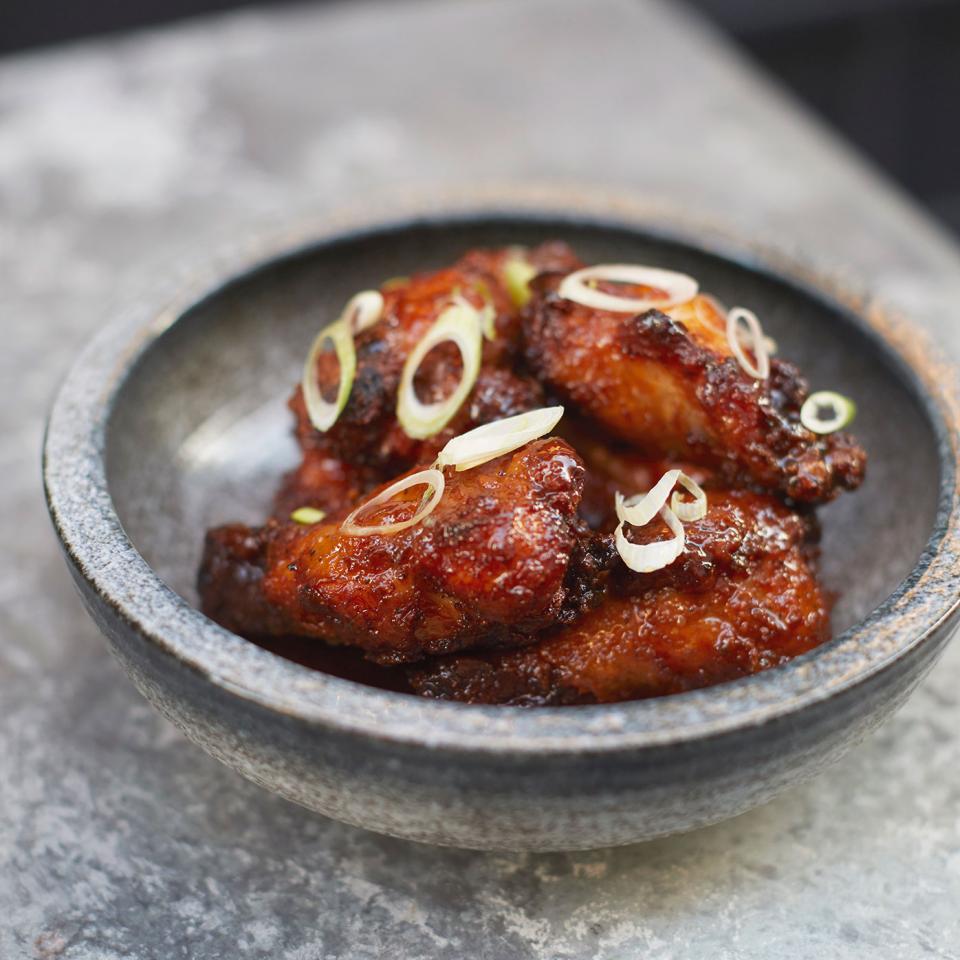 Big, bold, well-executed food. The crab is plump and succulent, while the chicken wings (doused in tangy fish sauce and fried until crunchier than a mouthful of popcorn) are quite possibly the best I’ve ever eaten. However, Claw’s mission is supposedly to make seafood an everyday treat rather than a luxury – and, with many of the small plates around the £10 mark, you could easily end up shelling out.

I still dream about those chicken wings…