Baking with Liberty London Girl for the MS Trust

On Wednesday the daily newsletter from one of our favourite bloggers, Liberty London Girl, was all about a charity cake sale she was holding for the MS Trust. The mention of cake was enough to grab our greedy attention and we put our best baker forward to make some cakes for the occasion.

Unfortunately our 'professional' foodies were away doing foodie things, so I took to the kitchen to make some of Jo Wheatley's lemon and white chocolate muffins – I can vouch for the fact that they are very easy to make and delicious (if I may say so myself)

Here's me in the kitchen whipping up two-dozen muffins for the cake sale – (well nearly two dozen, I must confess that I ate one for food standards reasons, of course.) 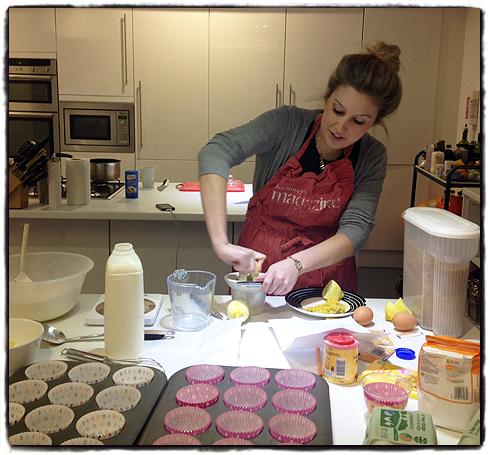 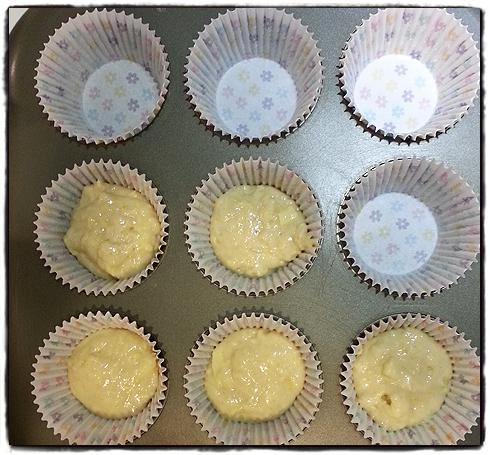 So at midday I ventured up to Camden with my baking and felt slightly humbled placing them down next to the mountain of cakes made by Sasha (Liberty London Girl) – in just six hours she had made six trays of walnut brownies, Nutella fudge brownies, plum and almond cake, Victoria sponge cake with her homemade blackberry jam filling, chocolate cakes, Nutella palmiers....I could go on. A very impressive spread I think you'll agree. 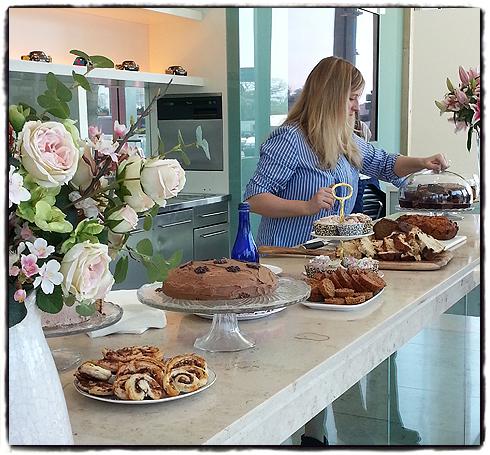 When I left, Sasha and the team had already taken lots of money for the MS Trust, but I had to admit my ignorance in not knowing much about the disease and the work the charity do.
I chatted with Sasha's sister, who has had MS for nearly 15 years, and she told me lots about what it's like to live with the disease and why the money is so important.

What is MS? It's a disease that affects the nervous system and can manifest itself very differently in every person. For Sasha's sister, the worst symptom is fatigue, but not the kind of tiredness that you or I would feel – she described it as your body having to work harder to do every day things - 'like driving on the B roads instead of being able to take the motorway.'

Every MS sufferer has different symptoms and to varying degrees, which is what makes it so hard to treat. The money raised by the MS Trust goes into raising awareness for the public, but just as importantly, it educates and informs doctors of the disease so that people can be diagnosed more quickly and receive the correct treatment.

For more information about the MS Trust, click here.