Our intern, Gillian has been exploring the London food scene over the past couple of weeks - here are a few of her highlights including schnitzel, Oreo milkshakes and leftover ganache truffles...

As my friend had been making lots of noise about the new Boopshi's schnitzel and spritz restaurant near Tottenham Court Road, I decided to indulge her – and our love of all things Austrian. My blood orange spritz and schnitzel were lecker (delicious) – although I wished I'd had the gooey-noodley-oven-baked spätzle, which would have been much more satisfying on a cold Monday night than the potato salad I went for. (above, left)

I had a very glamorous evening sipping martinis and being pampered in the iconic luxury environs of The Rib Room bar in Knightsbridge. The evening, called 'Makeovers and Martinis' is great for catching up with friends and unwinding after a stressful week (especially after this week's London travel stresses). Bookings can be made on 020 7858 7250 or by emailing reservations@theribroom.co.uk. (above, right)

It was very naughty of our food team to make such an abundance of chocolate ganache the other day, but somebody had to take responsibility for it. Fortunately, I was feeding my parents that evening, so I rolled it in cocoa powder and icing sugar, drizzled it with melted chocolate and served some no-fuss after-dinner truffles. Here's our simple whisky and ginger truffle recipe if you fancy impressing someone special on Valentine's Day. (above, bottom) 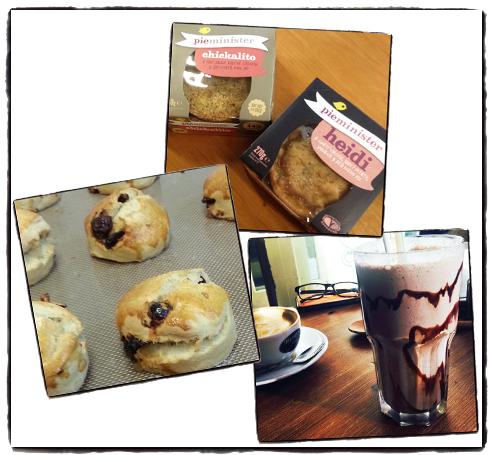 My dieting friends came round for dinner earlier in the week, so I made our very green quinoa and added in extra sugarsnaps and broccoli. My own plate was not quite so healthy, however, as I had my quinoa alongside one of the delicious new range of pies that our friends from Pieminister had brought into the office for us to sample. Her name was Heidi, and she was full of goats' cheese, spinach and red onion loveliness. (above, top)

I swapped some cranberries into Jo Wheatley's blueberry, lime and coconut scones when I was hit by a severe case of the bakes the other night, and found that my Sainsbury's local was all out of blueberries at 9pm. They didn't look anything like the picture, but seeing as all 12 were gone by the next morning, I called it a fairly successful adaptation. Just don't tell Jo! (above, left)

I'm not normally a huge milkshake fan, but the Oreo malt one I had at Benets cafe on Brick Lane has turned that on its head. Just a spoonful of magical malt made my milkshake a whole lot richer, and a lot less sickly. I'm now officially a (malted) milkshake convert. (above, right) 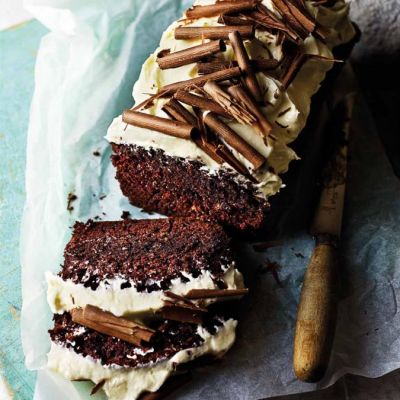