Celebs and food go together... Well, they don't really. Not usually anyway, because they're on a diet or worrying about their photos on the Mail Online. But music festivals are the one place where you can't stand on ceremony – we're all hungry, a bit tipsy, and worried about whether there's any loo roll left. Here are my Top 5 celeb-plus-food moments from this year's Camp Bestival.

1. Queueing for cinnamon churros and hot chocolate dip at midnight after meeting legendary lyricists De La Soul and watching their show from the side of the stage as thousands of happy people belted out the 'Hey, how ya doin'?' verse from their single Ring Ring Ring (Ha Ha Hey), with Lulworth Castle lit up behind them. 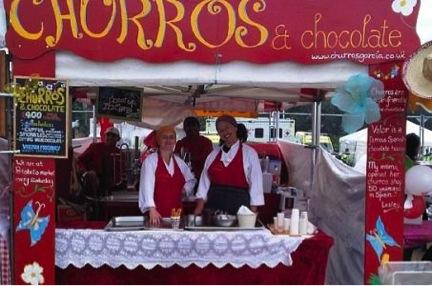 2. Sitting cross-legged on the floor of the Guardian Literary Institute listening to Radio 1's Rob da Bank read Charlie And The Chocolate Factory – with a little help from my daughter Orla – while eating a tub of Anna Mae's awesome The Spicy One mac'n'cheese (jalapenos, chipotle peepers, sour cream and coriander) 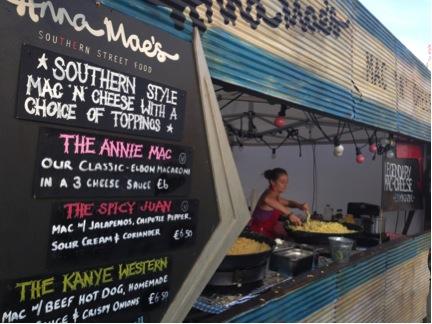 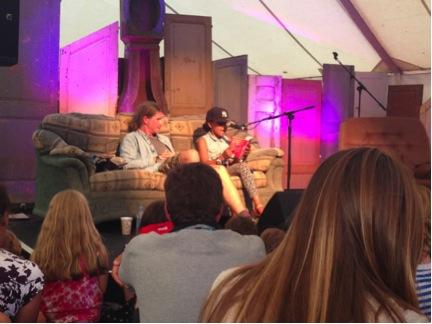 3. Waiting for a plate of Crayfish Bob's escabeche in the must-eat-everything Feast Collective tent behind film critic Mark Kermode, fresh off the stage with Americana band The Dodge Brothers. With a belting soundtrack from DJ BBQ.

4. Holding our breath alongside Jo Whiley and her teenage kids at the Freesports Park, as the skateboarders and BMX riders swaggered and swooshed through their tricks. Followed by an 'and breathe' hot fudge sundae with honeycomb from the retro Jiggery Pokery Parlour. 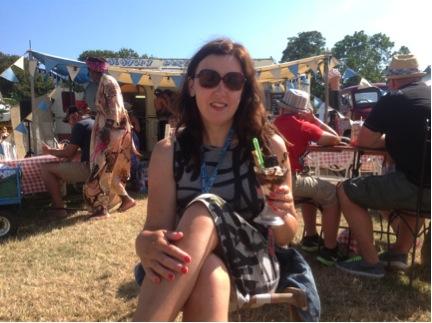 5. Scarfing a slice (OK, many slices) of Woodbox's Napoli-style sourdough street pizza, made from scratch in their 1969 Citroën H Van. Meanwhile, I tried plucking up the courage to tell Boy George (looking thin and fabulous FYI) how much I love him before his DJ set on the final night. #80sgirl 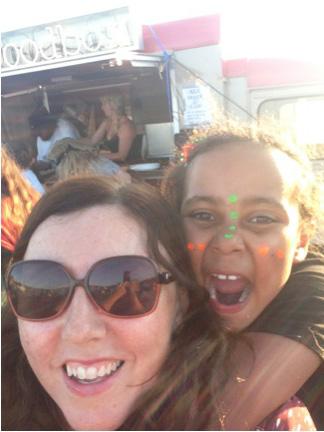