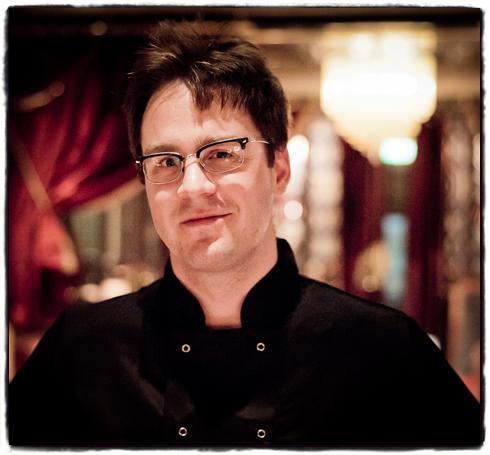 We chatted with Tim Anderson – MasterChef 2011 champion, king of Japanese cuisine and soon-to-be guest chef at our Sainsbury's mag Miele cookery masterclass – to find out about his foodie influences and favourite travels, plus how to approach cooking Japanese food...

Where in the world is your favourite place for its cuisine?
'Los Angeles or Hong Kong. Both cities have a huge range of foods that include traditional dishes, modern mash-ups, fast food, street food and fine dining. Both cities are full of local, homegrown foods and culinary ideas but they are also international and cosmopolitan. That's a rare mix. Actually I will also say London and Tokyo. I could quite happily eat for a lifetime in any of those four cities.'

What's been the biggest lesson you've learnt since MasterChef?
'Be prepared for the worst.'

Did you have an idea of what you wanted to do after MasterChef?
'Yes and no. I wanted to open a restaurant, but I knew I wasn't ready for that straight away. So while that is still in the pipeline, I have been in no rush to do it because MasterChef has led to so many other opportunities. To be honest, I feel like I'm still figuring out what exactly my "career" is at this point, but I really enjoyed writing my first cookbook, Nanban, and I would love to spin that into a full-time thing if I can.' 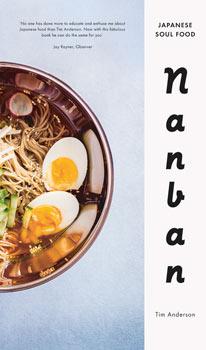 What's improved in terms of your cooking since winning MasterChef?
'Everything. People forget that MasterChef contestants are amateurs – they have no professional experience at all. You learn a lot throughout the course of the competition, but it's still nothing compared to actually working as a chef. Speed, skill, organisation, palate, customer service – all of that can only really improve with experience.'

Which chef has inspired you the most?
'Roy Choi [American-Korean chef who kick-started a trend for street food in LA] is a huge inspiration, not just because of his food but because of his work ethic and his story. He was originally inspired by US TV chefs – specifically Emeril Lagasse – just like I was.'

What 5 products would you recommend buying if you're new to Japanese cuisine?
'You must have dashi powder. Dashi is an essential stock in Japanese cooking, made from kombu seaweed and katsuobushi tuna flakes. It's easy to make from scratch, but kombu and katsuobushi can be somewhat hard to find and a little expensive, so the vast majority of home cooks use the powdered version, which is actually quite good – it doesn't just taste like herby salt, like stock cubes do. It has real flavour. Beyond that I would recommend mirin, rice vinegar, good-quality Japanese soy sauce, and miso – with varying combinations of those ingredients (plus ordinary storecupboard staples and fresh produce), you can make an enormous amount of Japanese soups, sauces and condiments.'

What's your favourite food?
'Ramen. Not even the soup, necessarily – I just love the noodles, especially fresh ones with a little sesame oil, soy sauce and lime, or anything, really.'

How would you describe Japanese cookery and its food ethos?
'There's a word in Japanese that I think sums up the culinary culture there quite nicely: kodawari. It means obsession or total devotion to the details of something. So whatever the food is – whether it's sushi, tempura, ramen, yakitori, curry, whatever – there's a lot of value placed on focusing on it fully, examining all the finer points of how it's made, and using that knowledge and experience to make something as good as it can possibly be.'

What do you love about Japanese cuisine?
'It's diverse, it's satisfying, and it seems to have an infinite range of elements to explore – all sorts of regional variations, styles, ingredients and techniques.'

What's your favourite recipe from your new book?
'That is a very tough question. They are like my children. But it is hard to go wrong with the karaage (marinated fried chicken). It's simple and delicious, and it's a crowd-pleaser. The Nanhattan cocktail, which uses Japanese whisky and tangerine-infused vermouth, is also pretty special.' 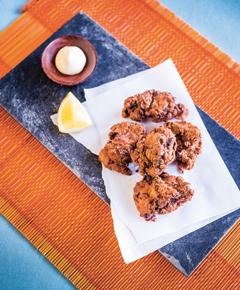