Whisky galore: delicious drams for Burns Night and beyond

Don't just save it for the annual Burns Night knees-up. There's a whisky to suit every occasion, says Rachel McCormack...

While gin's popularity shows no sign of waning, those in the know are turning to whisky. From Scotch to Irish to Japanese, no other drink offers the breadth of flavour that whisky does – and there’s one to suit everybody. People often assume that all whiskies are heavy and smoky, but even within Scotland (the world’s biggest whisky producer) there’s huge variation.

Different areas produce tipples with different flavour profiles – whiskies from the Lowlands are generally soft and slightly sweet, while those from Islay are almost always more robust and peaty-tasting. For the Scots, whisky is far more than just a drink – it’s an integral part of hospitality and culture. Whisky drinkers are as loyal to their favourite brands as they are to their football teams, often drinking a certain dram because their grandparents did, or because they grew up near the distillery.

Edinburgh people often like Speyside whiskies, while Glaswegians go west to Islay or Campbeltown for their favourites. But what if you didn’t grow up drinking whisky? Go in with an open mind – and don’t be put off by jargon. Understanding Scotch labels can be a task as involved as map reading, but the important thing to know is that there are two main types: single malt and blended. A single malt is made from malted barley, water and yeast, and comes from a single distillery.

The flavour depends on everything from the type of barley used to the shape of the still. Blended whisky, meanwhile, is a mixture of malt whiskies and cheaper grain whiskies. People can be snooty about it, but there’s real skill involved in its production – a blend can contain more than 30 malt whiskies, all expertly mixed together to create a distinctive taste. The rest of the world makes whisky from either the single malt or blended method – but the grains they use are often very different from the Scots’ beloved barley, which transforms the flavour. The USA is famous for bourbon, which legally must use at least 51% corn as the base – it makes for a smooth, sweet drink (Woodford Reserve Bourbon Whiskey, £30 for 70cl, is a classic). 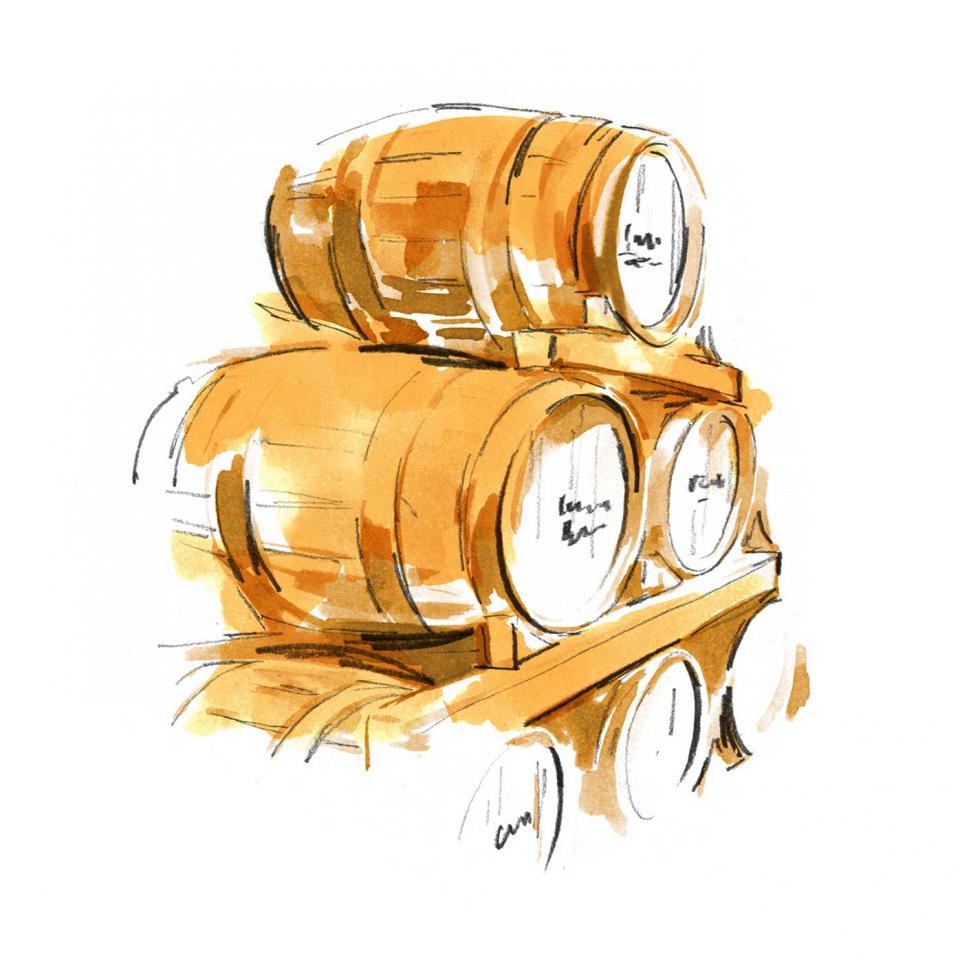 The Americans also love rye whiskey, which tends to be spicier and drier. Japanese whiskies, meanwhile, are on the up. They tend to have a sublety and softness – Yamazaki Distillers Reserve Whisky (£47 for 70cl), made at Japan’s oldest distillery, is a prime example. It’s not just the type of grain that makes a difference to the taste of your whisky – the casks it’s stored in bring a whole new level of flavour to the party. If a particular cask was previously used to store, say, sherry, those sweet flavours will permeate the whisky.

As part of its Experimental Series, world-famous Scotch brand Glenfiddich has launched a whisky aged in IPA craft-beer casks (£45 for 70cl), lending the results a deliciously hoppy flavour. If you’re looking for an extra-refined whisky, then Tullibardine Sauternes Finish (£45 for 70cl) is for you – it’s a classic Highland single malt which is matured first in ex-bourbon casks and then finished off in casks previously used to make the sweet French wine Sauternes.

Where should you start? Get yourself acquainted with pubs and bars with a good range and work your way slowly around them, go to tastings and whisky festivals and find out what you like, then buy the bottles you like to take home. Above all, have fun sharing it – whisky is there to be enjoyed together.

How to drink whisky

Nothing will make an old Scotsman angrier than someone drinking whisky the ‘wrong’ way. Fortunately, unless you live with one, you can enjoy it however you like! Just remember:

Whisky is better in a roomy glass – it’ll help you appreciate the aromas.

Try your whisky straight, then add just a few drops of water to it. This opens many whiskies up, and makes for a more nuanced drink.

Whoever came up with the ‘no ice in whisky’ rule clearly never lived through a heatwave! Try a Highball, which is how the Japanese drink their whisky – a small measure topped up with ice, lots of soda and a slice of lemon.

Just starting on your whisky journey? Irish whiskey Jameson is gentle and sweet – this one has had a round of maturing in casks seasoned with stout, which will make it popular with Guinness fans. £27 for 70cl.

The perfect introduction to bourbon – this is great for sipping, but also in cocktails. To make a classic Old Fashioned, mix 45ml of it in a tumbler with a sugar cube and a few drops of Angostura bitters, then add ice and orange peel. £30 for 70cl.

If you like smoky whiskies, try this 12-year- old one, which is made in the far northerly costal town of Wick. Known affectionately as ‘the maritime malt’, it’s also got a touch of salty brine about it. A deliciously different Scotch. £32 for 70cl

Chasing The Dram by Rachel McCormack (Simon & Schuster, £8.99) is out now.