Some like it hot: the 150 year history of Tabasco

Writer Neil Davey heads to Louisiana in America's Deep South to uncover the 150 year history of that little bottle of fiery sauce, Tabasco. 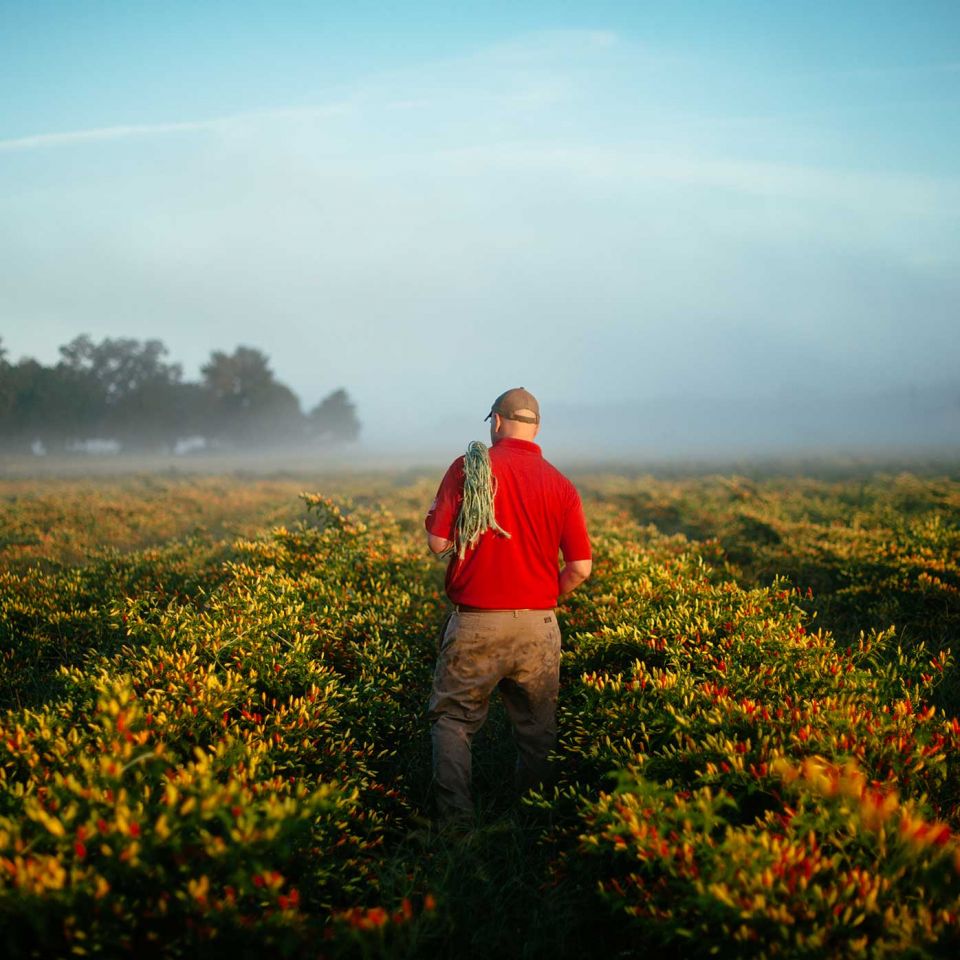 The mash warehouses at Tabasco HQ take my breath away. It’s partly the scale – the warehouses are the size of aircraft hangars and contain more barrels than I’ve ever seen in my life – but it's also the aroma. ‘There are about 21,000 barrels here,’ explains mash warehouse manager Stefan Lopez. He points next door. ‘And about 50,000 in that one.’

Mostly though, it’s what’s in the barrels – the pepper mash that’s the key ingredient of Tabasco – that’s to blame. While the scent alone pricks the eyes and sinuses on this typically sticky Louisiana afternoon, Stefan helps complete the task by suggesting I try a pinch. I do. There’s a brief burst of fruit and then it’s so gasp-inducingly hot, I can feel my eyes widen involuntarily. ‘It’s about a week old,’ Stefan explains, ‘so it’s about 10 times the heat of the final sauce...’

That may, frankly, be an underestimate. Stefan scoops some mash from another barrel and offers me a taste. This mash is a deep crimson, and much closer to Tabasco’s familiar shade. It’s delicious. ‘This one’s around three years old,’ Stefan informs me, ‘so it’s just about ready to turn into sauce.’ Yes. You did read that correctly. It takes three years of ageing the pepper mash to make every bottle of Tabasco. If that sounds impressive, just wait. That is, in fact, only 60% of the story... 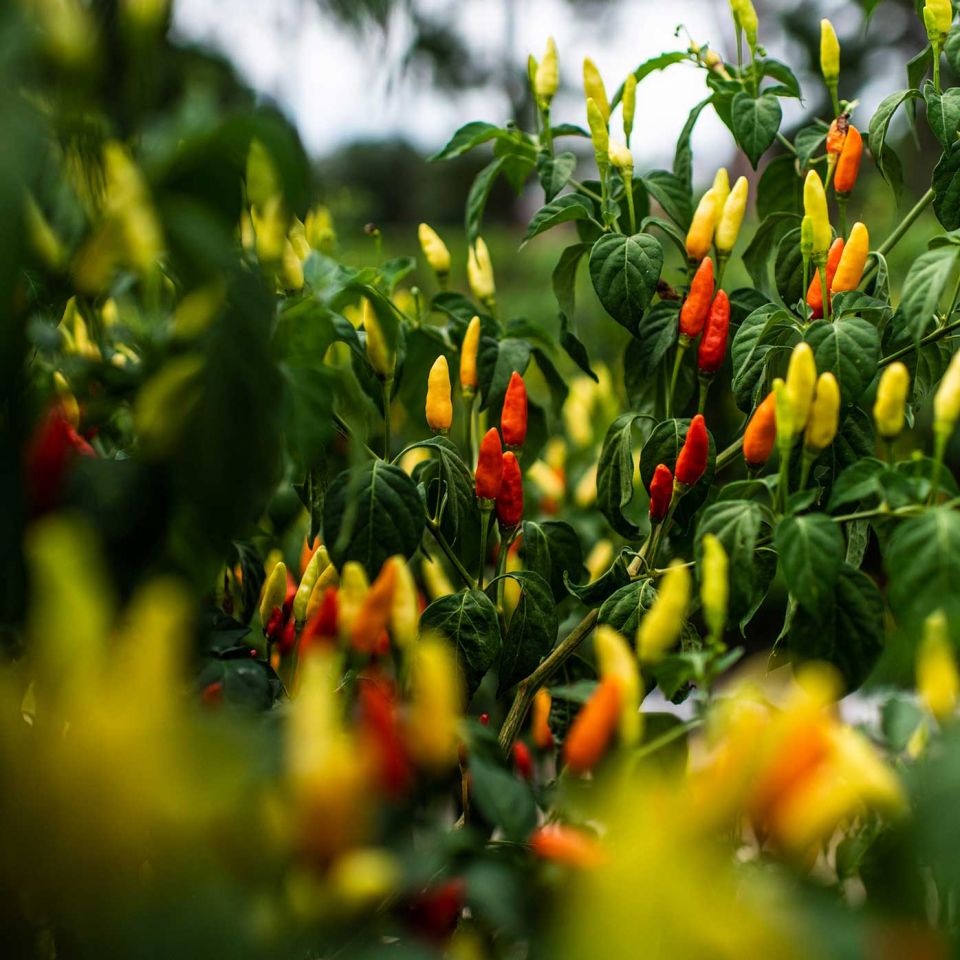 The sauce was named Tabasco by its inventor, company founder Edmund McIlhenny, in 1868. It’s a word of Mexican Indian origin that is believed to mean ‘place where the soil is humid’ – a description that certainly applies to Avery Island, the salt dome that is still the source of the sauce. Returning to Avery Island after his banks had failed during the American Civil War, Edmund was seeking other ways to make a living and, using peppers he found locally, salt from the island, vinegar – and old cologne bottles which are the reason for the bottle’s distinctive shape – he created the first batch of his now internationally famous sauce. Its popularity grew, its reputation spread – the first bottles reached the UK just six years later – and a culinary legend was born.

Remarkably the Tabasco company is still family owned and run, and the recipe is the same simple list of ingredients. It’s just all done on a much, much bigger scale. ‘My great, great grandfather Edmund made and sold around 300,000 bottles in his lifetime,’ current CEO Harold Gray Osborne III tells me the next morning as we enter the Blending Room, the spot – well, other vast hangar-like building – where the pepper mash and vinegar are mixed to make the celebrated sauce. ‘Today we produce over 700,000 bottles a day.’ They also supply sauce to over 195 countries and territories worldwide and, apparently thanks to the Queen Mother’s love of prawn cocktail, they also have a Royal Warrant.

Harold, who’s known to everyone as Took (‘it’s a Hobbit thing,’ he tells me, and dates back to when he lived next door to the Cambridge pub that Tolkien frequented), starts every day that he’s on Avery Island with a mash inspection in the Blending Room. ‘It’s a tradition that started with my great-great grandfather,’ explains Took. ‘He checked every barrel...’ Took laughs. ‘Of course, we make more Tabasco in a day than he made in a lifetime, so he didn’t check quite as many as we do! But every successive head of the company has done this. 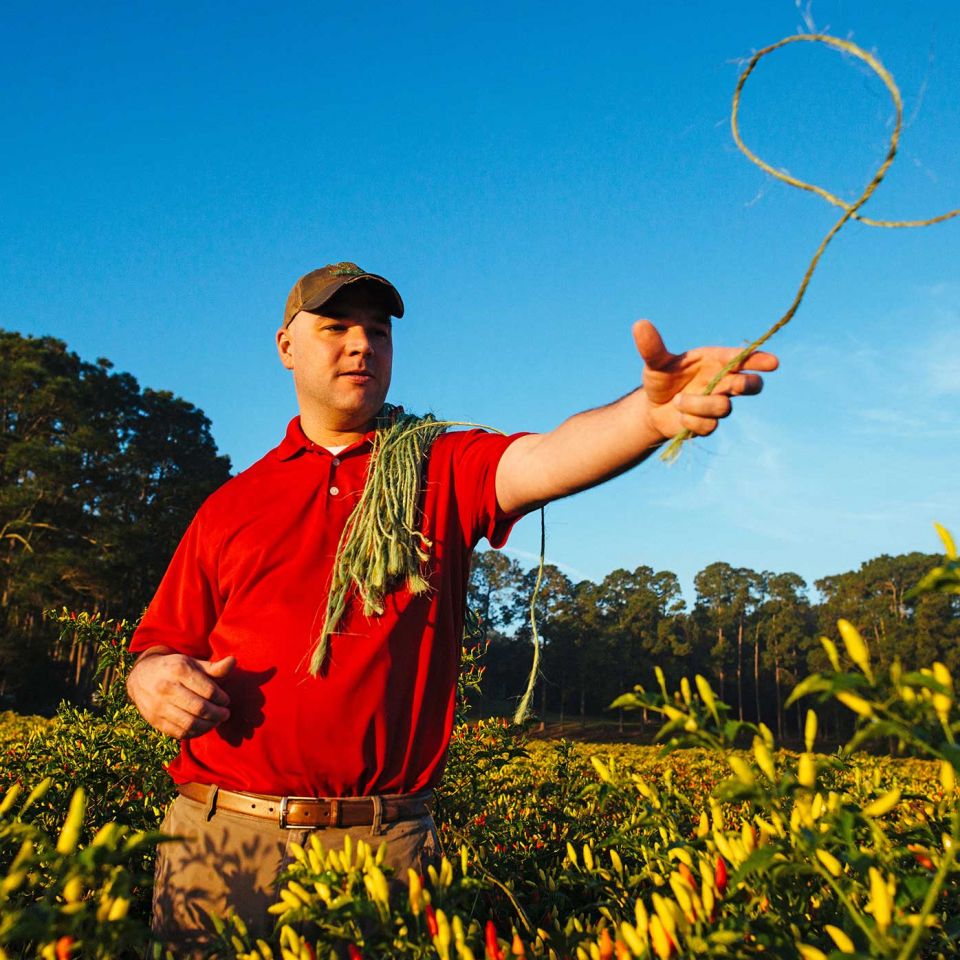 ‘The mash has been checked many times before I see it, but [the inspection] speaks to the heart of how me make Tabasco, how important the mash is. ‘If you’re a family member coming up through the company, you start out in agriculture, you learn how to grow the peppers, then you work in the blending room, then you move to...’ Took gestures towards the rest of the factory buildings. ‘It’s a six-year process, and you work in every department.

After that you know the range for Tabasco, the right colour, the right smell...’ The employees too have their own stories, often going back years, often going back generations, and to say they take pride in the product would be considerable understatement. Later I’ll meet a gentleman called Mr Willie, who is still involved in company events and started working for Tabasco in 1950! That might be an extreme but, as Stefan reckons, ‘the average length of service is maybe 15, 20 years,’ – as he tells me his own Tabasco career began a couple of decades before, with summer work during school holidays. 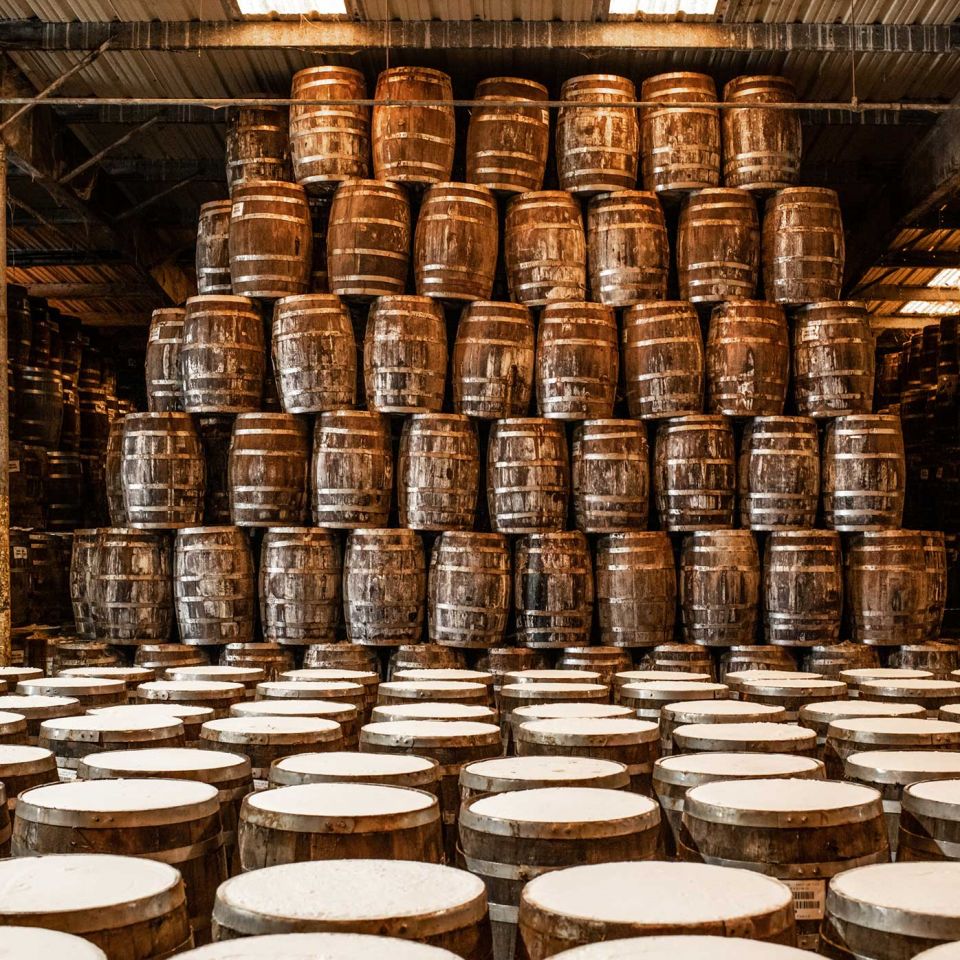 The mash warehouses are ‘the size of aircraft hangars'

The process really starts out in the pepper fields. In Edmund’s time, all the peppers could be grown on Avery Island. These days the peppers are grown for Tabasco on farms across Latin and South America and Africa. Before you equate mass production with an inevitable drop in standards, consider this: every seed used to grow peppers elsewhere originated on Avery Island, grown from heirloom plants that are direct descendants of Edmund’s original pepper plants.

Took shows me around one of the pepper fields on the island. ‘They start life in the greenhouse in February, get planted in April and are ready for harvest around September, October.’ The best of the peppers will be harvested for seeds – ‘we have a stick painted the perfect shade of red for comparison,’ says Took, explaining it’s called ‘Le Petit Baton Rouge.’ Those seeds will then be sent to the farms around the world and grown the following year, and then their harvest will be mashed and sent back to Avery Island for ageing. ‘We talk about the art of making Tabasco,’ says Took. ‘And the way we do it, everything’s a little slower. It’s a five-year seed-to-sauce process.’

That, you see, is why three years of ageing is only 60% of the story. There’s half a decade of thought and care in every bottle of Tabasco – not to mention 150 years of history.