In the December issue, we asked you to send us your ultimate roast potato recipes for the chance to win some brilliant prizes, including a Smeg oven. Queens of the Sainsbury's magazine test kitchen Emma and Jenna spent several days cooking up all the entries, and I'm pretty sure I gained several pounds tasting them all. After much carb gorging, the finalists were chosen – Nicki Rawson from Southampton, Becky Finnigan from Liverpool, Amee Ryan from Woking and Lynette Collins from Birmingham.

They joined us this week for the roast tattie cook-off grand final, which was judged by Marcus Verberne, head chef at Roast restaurant in Borough Market, Julien Roberts, the potato buyer at Sainsbury's, and me. 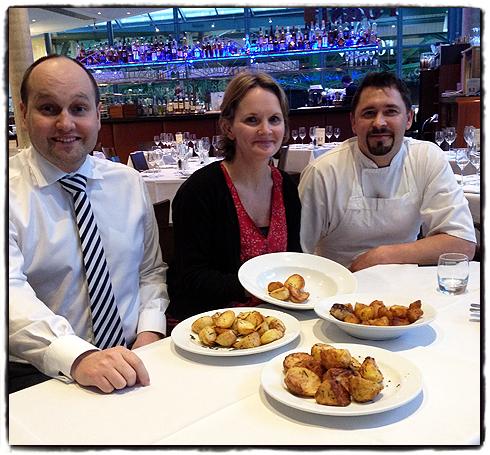 The finalists had the choice of using King Edward or Maris Piper potatoes. Nicki roasted hers with herbs and smoked paprika, Becky's spuds were cooked in goose fat with garlic and rosemary, Amee opted for garlic, olive oil and thyme and Lynette followed her nan's recipe, adding a touch of lemon juice to the blanching water.

Having munched our way through the roasties, Marcus gave the four hopefuls some feedback and his own top tips for roasting the perfect potato (see below).

And the winner was... Lynette! We can see why her nan's recipe has been passed down. She won the stylish Smeg oven and all four finalists are soon to be treated to a cookery demonstration and lunch at Roast. 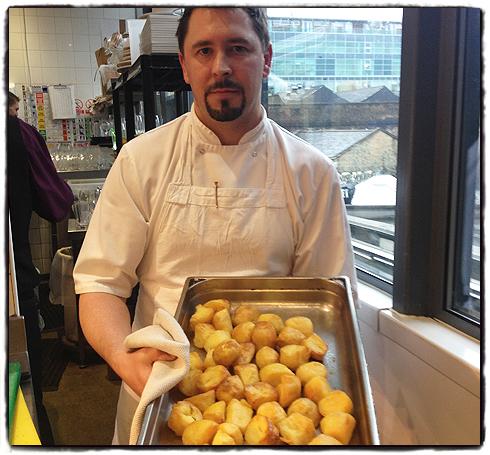