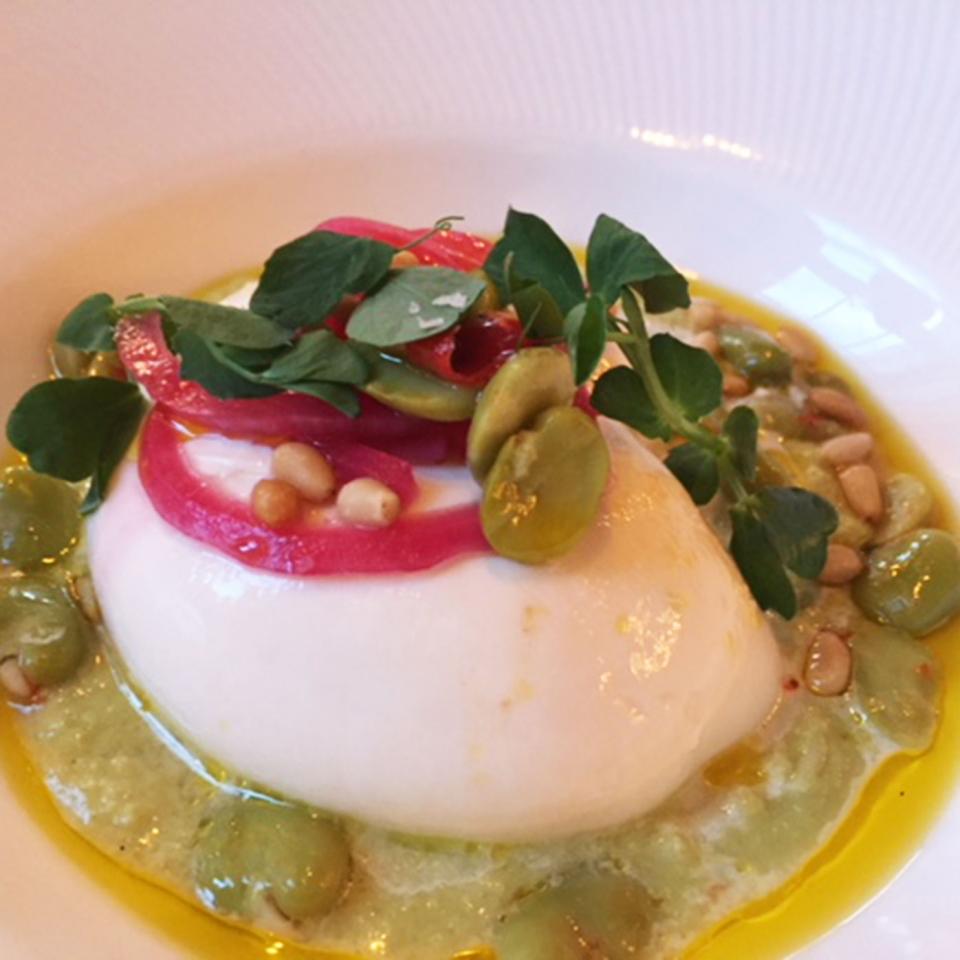 Plum and Spilt Milk is tucked away on the first floor of the grand Great Northern Hotel at King’s Cross St Pancras Station, a stone’s throw from the check in for Eurostar. 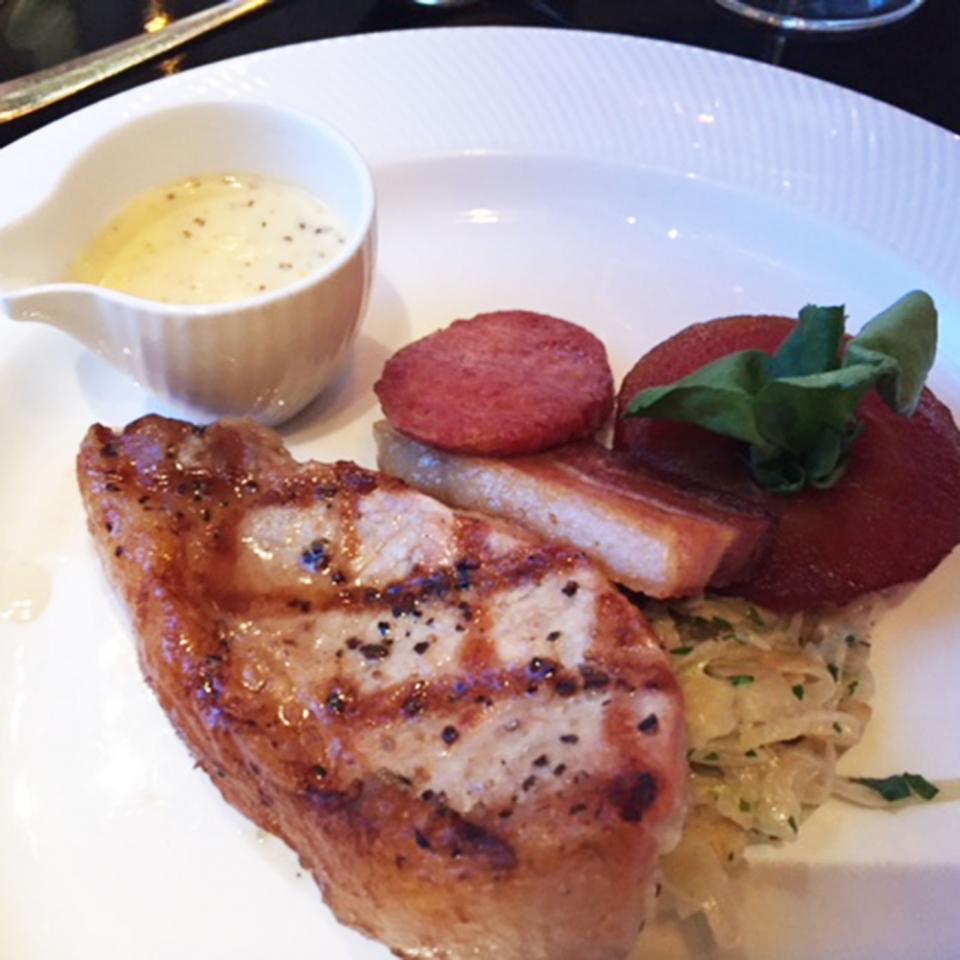 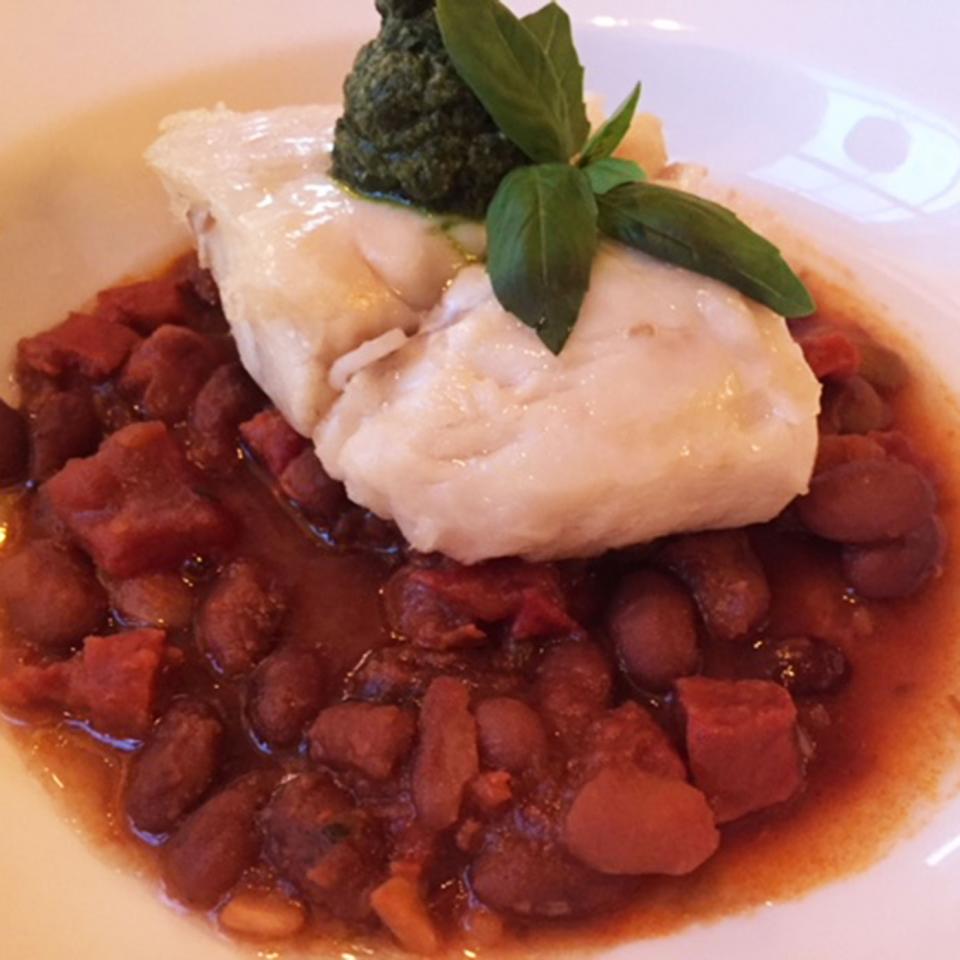 Plum and Spilt Milk manages to be both cosy and elegant, luxe without being stuffy. Long, leather banquettes curve around tables creating a lovely sense of intimacy, and there is a real sense of drama about dining in one of Britain’s great train stations. The clientele is surprisingly diverse – City workers, a hipster French couple, tourists, and lone diners stopping for dinner before catching their trains. 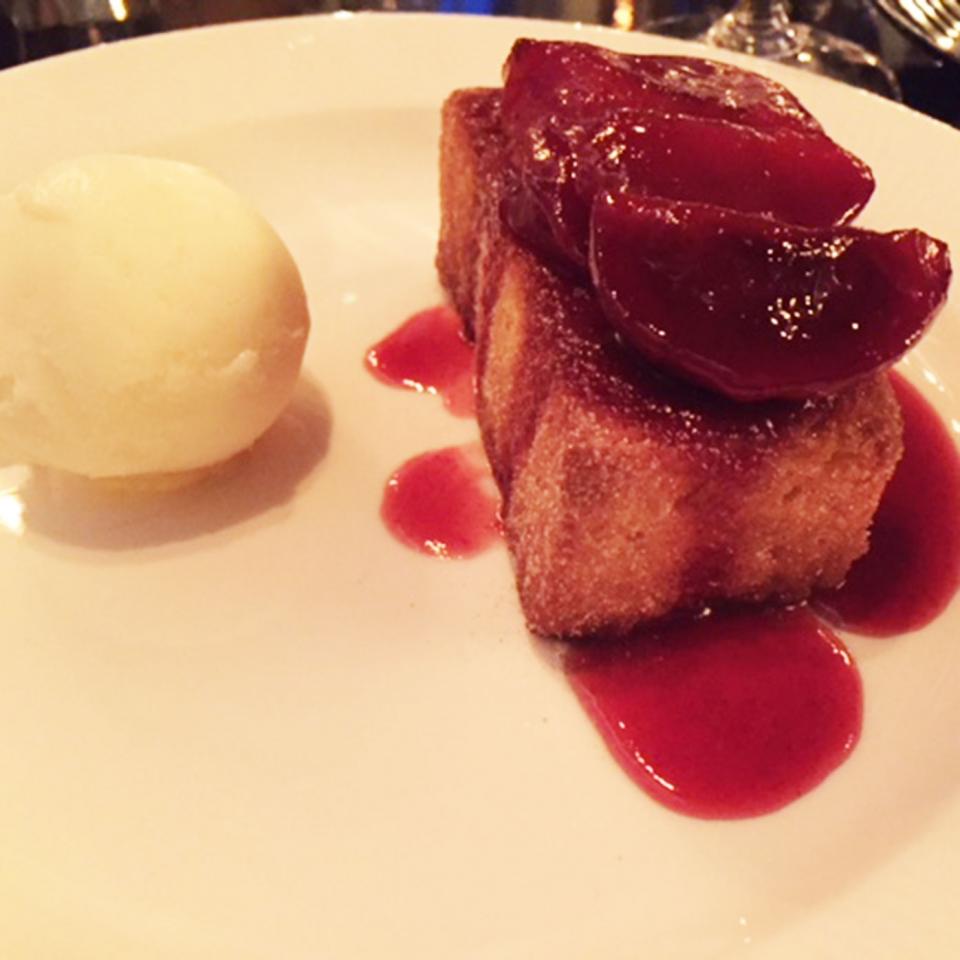 My husband began with the spiced Cornish fish soup – ‘absolutely delicious’ - which came with a red pepper rouille and croutons. I opted for a melt-in-the-mouth burrata offset by pickled red onion and broad bean purée. To drink, our friendly, efficient waitress recommended the New Zealand Tinpot Hut Sauvignon Blanc - with its rich, aromatic flavours, it was the perfect choice. I followed with a baked hake fillet on a bed of braised borlotti beans and chorizo; my meat-loving husband ordered the Paddock Farm Tamworth pork loin, with smoked belly, garlic sausage and choucroute and declared himself to be in foodie heaven. So far, so delicious – but little did we know the best was yet to come. The puddings at Plum and Spilt Milk turn out to be amazing – we ordered both a gorgeous iced peanut parfait with a salted caramel sauce, and the ‘Plum and Spilt Milk’ pud named after the restaurant – a baked brioche coated in cinnamon sugar, topped with poached plums, plum sauce and served with milk ice cream. Yum. 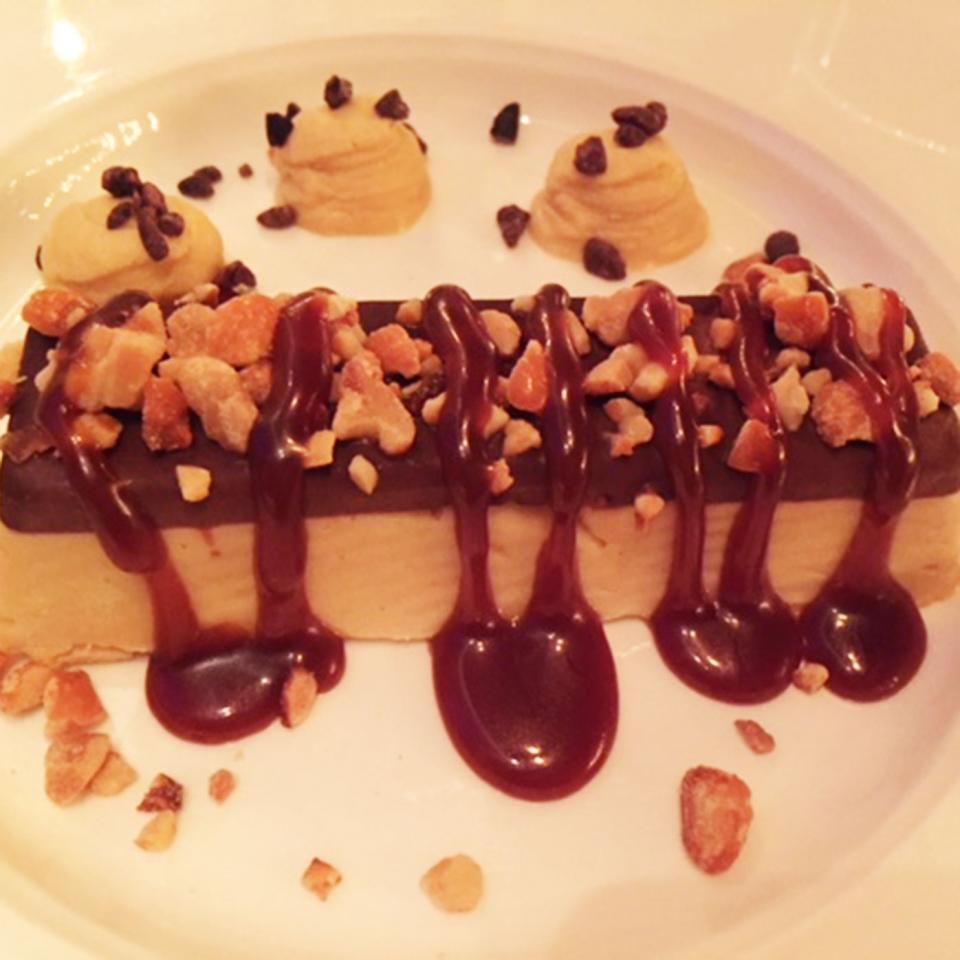 An elegant dining room in a wonderful location atop Kings Cross Station. It’s not cheap (starters are priced at £9 and up; vegetarian mains cost from £19 and meat and fish from £24), but the luxe edge adds to the romance.

That eponymous pud. Beyond delicious.