Britain munches through 3,000 tonnes of Parmesan a year – and its moreish flavour is nurtured according to an 800-year-old tradition, finds Debora Robertson. 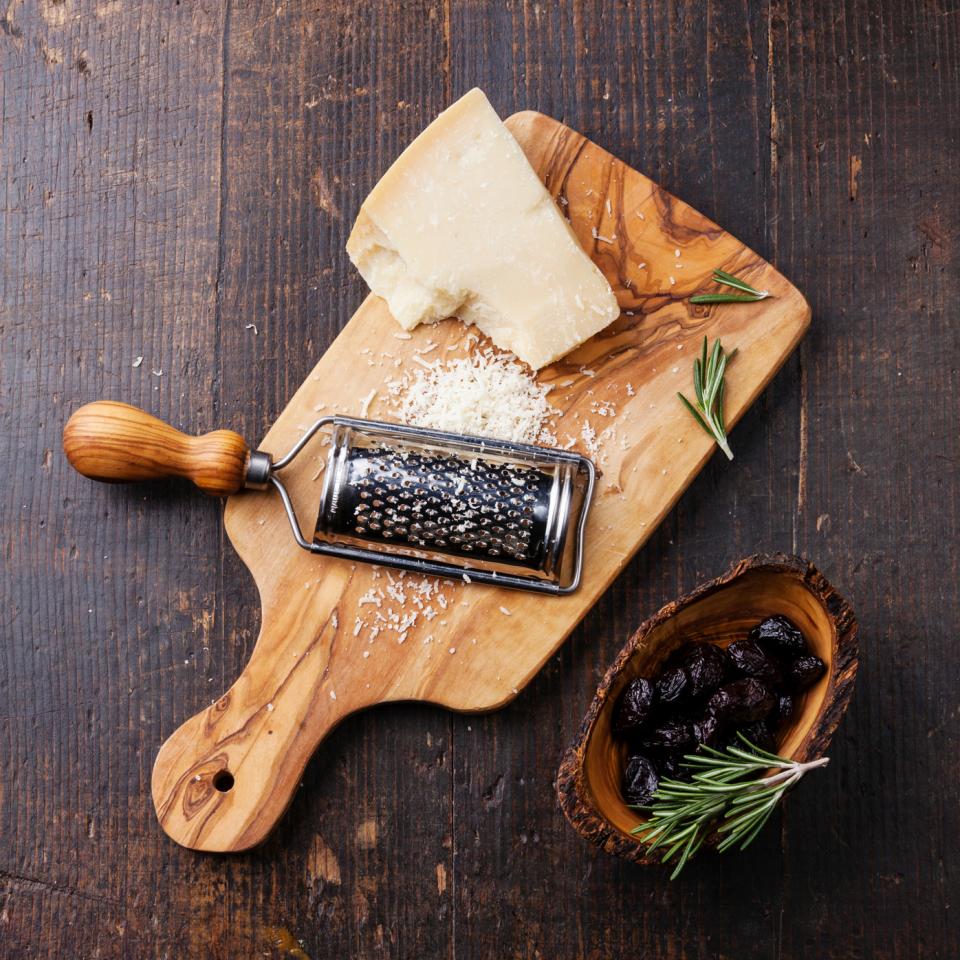 Every day, twice a day, special milk trucks small enough to navigate narrow mountain roads make their way to the Cigarello Dairy in the heart of the Apennines near Reggio Emilia, Italy. And every day, they are met by Vittorio Pellacani, a cheesemaker to his fingertips, as you might expect from a man who has spent 35 of his 61 years nurturing huge wheels of Parmesan as tenderly as one might a beloved child.

Inside the stone building, an 800-year-old cheese-making tradition meets state-of-the-art equipment. Just seven years ago, the Cigarello Dairy made 12 wheels of Parmesan a day; today it’s 66. Cigarello, which has invested heavily in its plant over the past few years, produces almost all of Sainsbury’s Parmesan – close to 780 tonnes a year, which is nearly a quarter of all the Parmesan sold in the UK.

The British love affair with the king of Italian cheeses goes back a long way. In 1666, Samuel Pepys hurriedly buried his precious Parmesan in a garden to protect it from the Great Fire of London. Today, we eat 3,000 tonnes of the stuff a year, grated and shaved over pasta, soups and salads, stirred into risottos, or in chunks with good balsamic vinegar or a perfectly ripe pear. It seems we can’t get enough of its balance of buttery sweetness and intense umami savouriness. 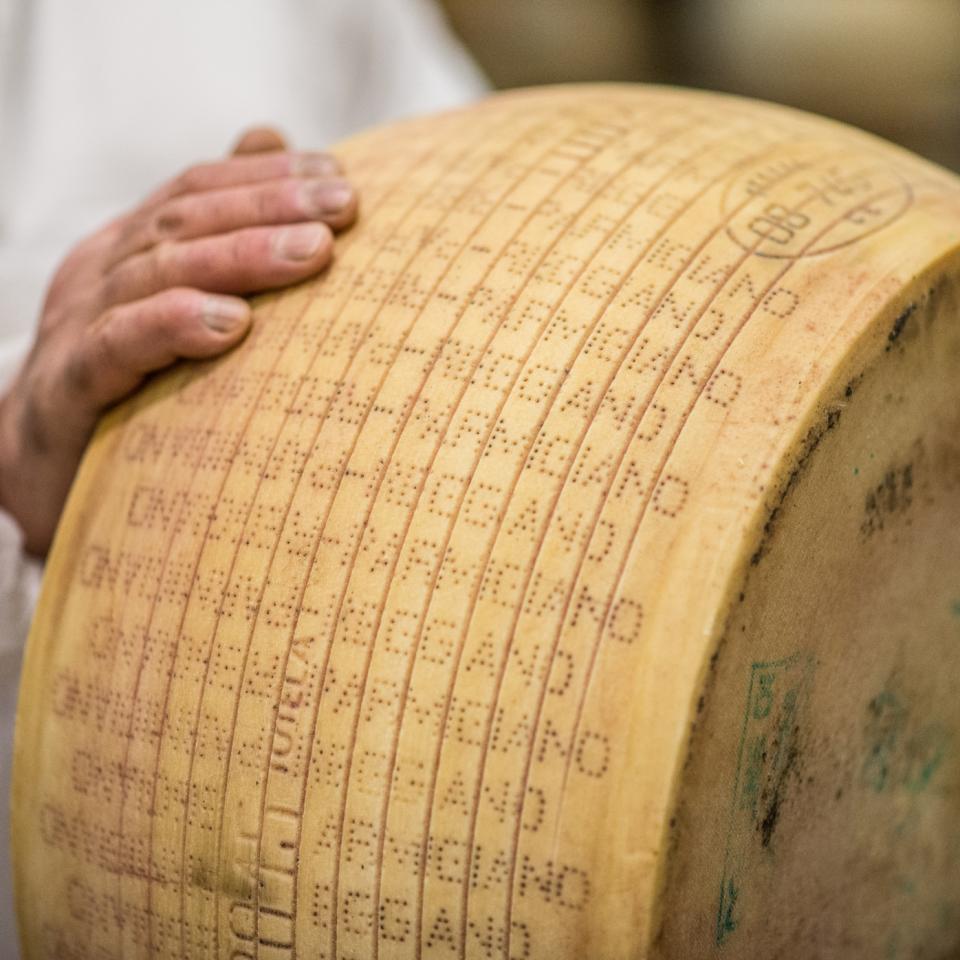 While the Cigarello Dairy might be a modern marvel, how the Parmesan is made remains essentially unchanged – technical innovations merely make the ancient process more streamlined and the results more consistent. It is made following the strictest standards, from the sourcing of the milk to the grading of the final product.

Parmesan enjoys DPO status (Protected Designation of Origin), and can only be made in Parma, Reggio Emilia, Modena and parts of Bologna and Mantua, on the plains, hills and mountains between the Po and Reno rivers. The only permissible ingredients are cow’s milk, salt, rennet and ‘starter cultures’ – the bacteria that turn the milk into cheese.

At the Cigarello Dairy, the unpasteurised milk is deposited into conical vats, each one holding 550 litres of milk – enough to make two wheels of cheese. It’s warmed with rennet and starter cultures. Vittorio plunges his hands into the milk, feeling for the moment it reaches the perfect stage of silky coagulation, then it’s given a spin with a giant whisk and left for an hour or so for the curds to separate from the whey. 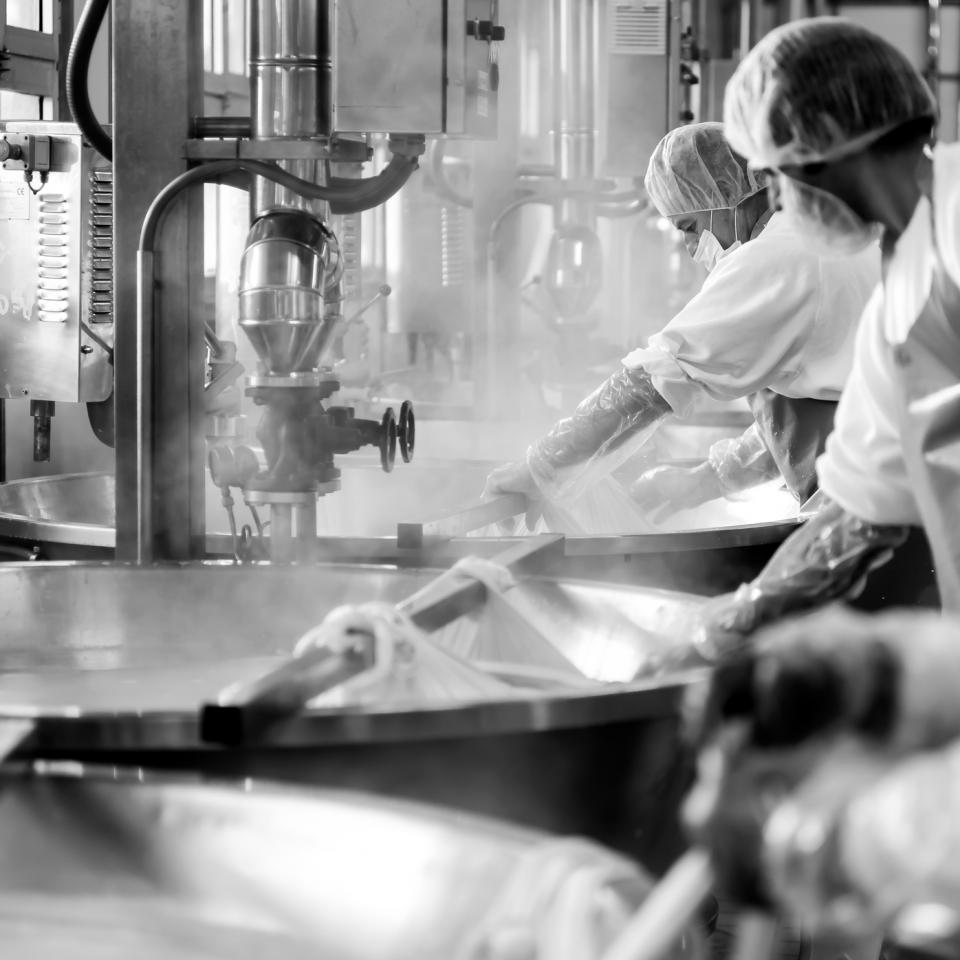 Next, the drama. Vittorio and his wife, Domenika, lift a 90kg ball of curds from the vat with huge paddles, cut it perfectly in two by eye, then swoosh it into two muslins suspended from a pole. The cheese is then placed in plastic collars that help create its characteristic shape as the whey drains off. After shaping, the wheels are placed in baths of brine for 20 days, then given a day in a drying room before going into the warehouse.

To walk into the warehouse for the first time is breathtaking. It’s like a cathedral of cheese, with 12,600 golden rounds – their colours ranging from pale straw to rich golden, depending on their maturity – stacked on wooden shelves as high and far as the eye can see.

When the cheeses reach a year old, they’re tapped with a special hammer; a uniform sound indicates that the cheese is evenly matured throughout the wheel. Wheels with flaws won’t get the precious consortium stamp, and have their rinds scored so they can’t be sold as ‘first-grade’ cheese. On the day of our visit, a man from the consortium is here on one of his thrice-yearly visits to inspect the cheeses and brand the perfect ones with the stamp of quality.

For our benefit, Vittorio splits one of the huge wheels by hand, and we fall silent as he carefully scores and wedges the cheese. Then he cracks it open, revealing its striated golden interior and releasing its warm, comforting aroma. We taste some morsels from the centre with decades- old balsamic made by his father, and it feels like a communion of sorts. 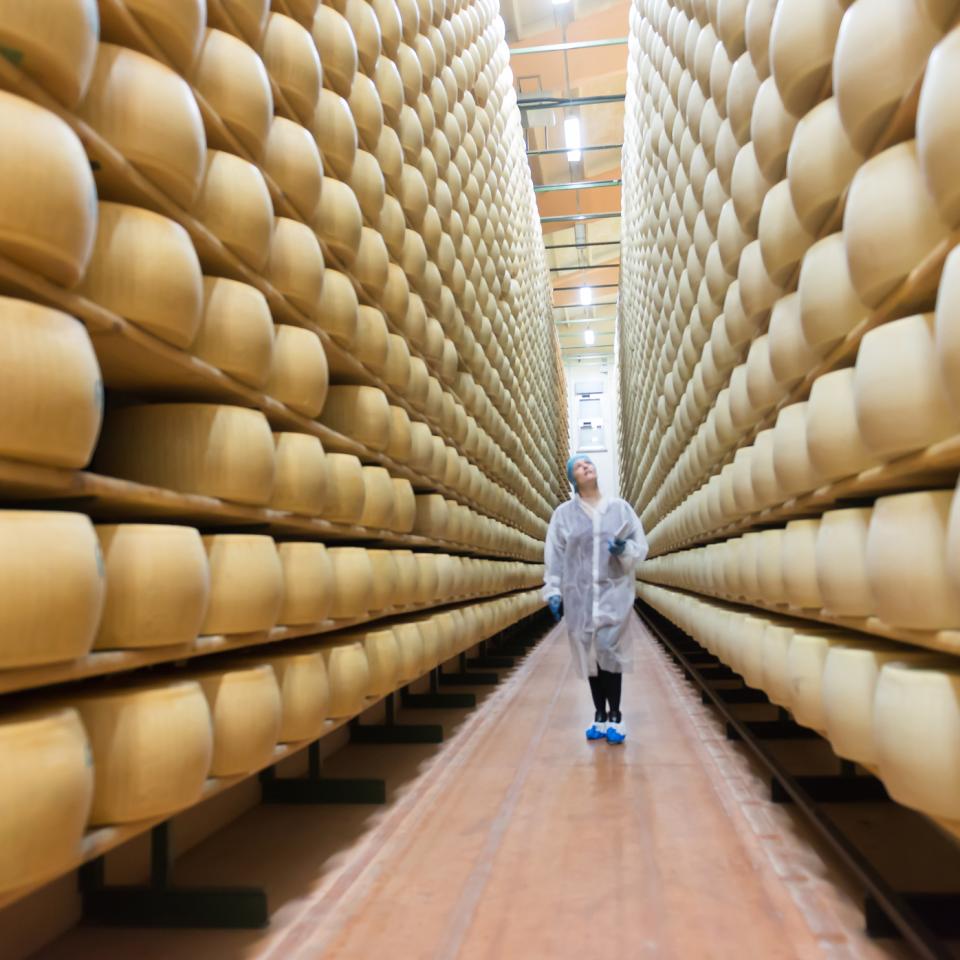 Even after all these years, Vittorio says, ‘Every time is emotional. I open a wheel and my legs shake. I am always nervous. You never know.’

Five great ways to use Parmesan

Add a handful of finely grated Parmesan and 1-2 tbsp finely chopped chives to your batter.

3. Vinaigrette with added Parmesan is perfect on a salad. Chop a few anchovies and a garlic clove into a paste with a pinch of salt. Whisk together with an egg yolk, a squeeze of lemon, a dab of Dijon mustard, 1 tbsp olive oil, 3 tbsp vegetable oil and a good handful of finely grated Parmesan, then thin down with 1 tbsp water, if necessary. Also good drizzled on roast cauliflower or squash.

Finely slice a seared piece of sirloin and combine it with a handful of watercress or rocket and slivers of Parmesan. Dress lightly with a mustardy vinaigrette.

Slice courgettes into 5mm rounds, coat them lightly in olive oil, then toss in a mixture of ¾ finely grated Parmesan to  ¼ fresh breadcrumbs, pressing on the crumbs. Spread out on lined baking sheets and cook at 220°C, fan 200°C, gas 7 for 15 minutes until golden brown. 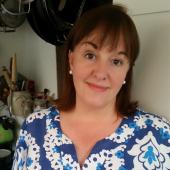