In cheese we trust: best of British cheese

The British cheese-producing tradition is something to celebrate, says Neil Davey. And now more than ever, the industry needs our support. 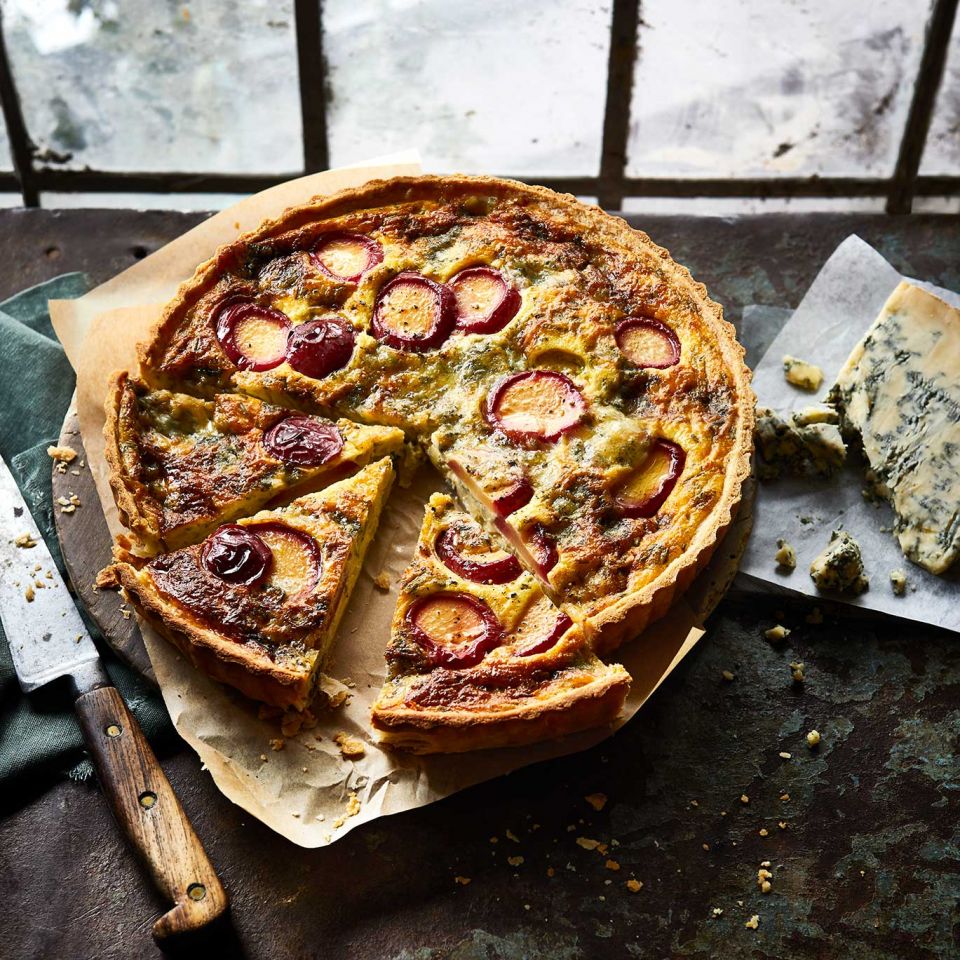 ‘Poets,’ declared British writer GK Chesterton, ‘have been mysteriously silent on the subject of cheese.’ To be fair to poets, it’s difficult to romanticise something defined as ‘coagulated, compressed, and usually ripened milk curds’. And, frankly, there are only so many rhymes for ‘Stilton’...

Cheese is worth celebrating though, particularly in the UK where we have the world’s leading cheese culture. No. Really. Charles de Gaulle famously wondered of France ‘How can anyone govern a nation that has 246 different kinds of cheese?’ because 246 is a lot, right? Well, the UK produces over 750 different cheeses. Seriously. Our cheese culture is world-beating. Even so, we’re nowhere near our peak. Before WWI, the UK had over 3,5000 farmhouse cheesemakers.

By the end of WWII though, there were less than 100, thanks to a double whammy of post-war economic uncertainty and milk rationing. During WWII, the government stopped production of all cheeses – Lancashire, Stilton, even Cheshire, possibly Britain’s oldest varietal (it’s the only cheese mentioned in the Domesday Book) – except for one made to a uniform recipe, a cheese that became known as ‘Government Cheddar’. While we’re still lagging compared to the 1900s, bouncing back to 750 from one is still a fine result. 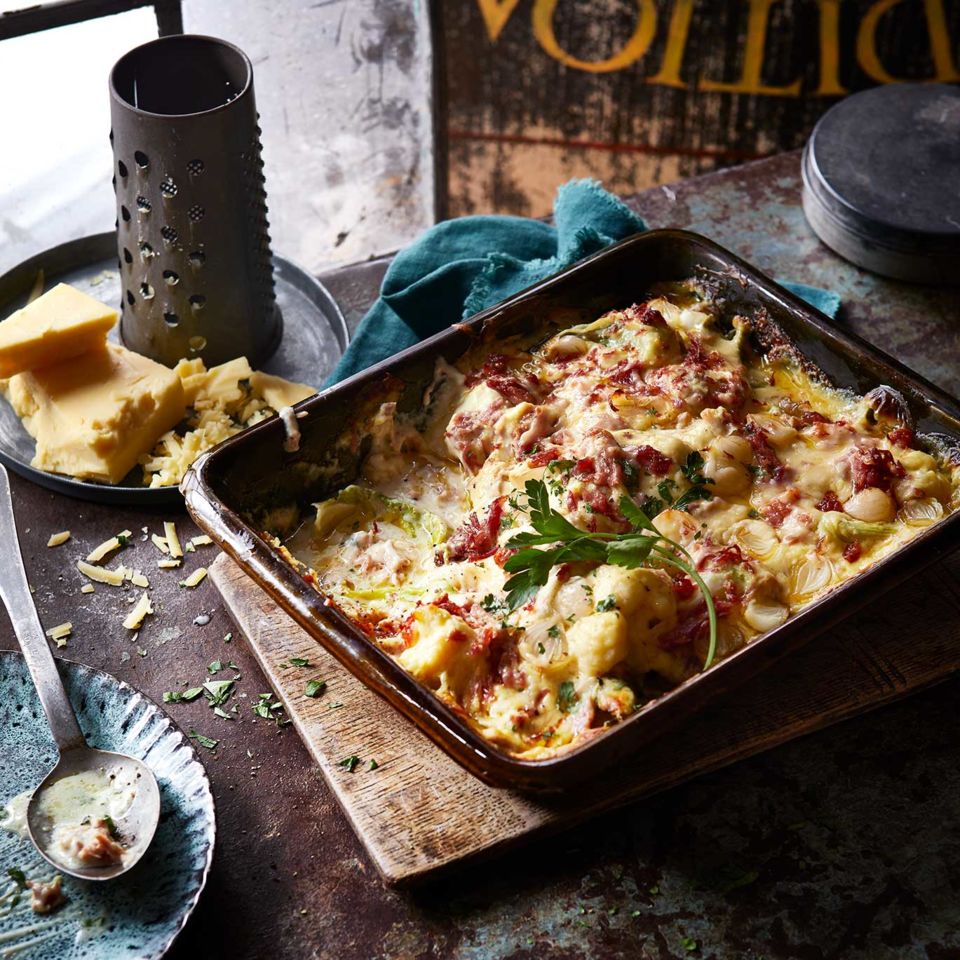 When you consider the range of flavours, styles and textures covered by that six-letter word, cheese is a remarkable thing – particularly given most are made to a basic ‘recipe’ that hasn’t changed much since its probably accidental discovery some 10,000 years ago. A key ingredient of cheese is rennet, which separates milk into curds (the solids) and whey (the remaining liquid), and it’s found naturally in the stomachs of ruminants (animals that chew cud).

Around 8,000 BC, when sheep were domesticated, their stomachs were used to store and transport liquids. The theory is that someone transported milk in one and the rennet caused the milk to split. Perhaps more important, though, was the brave soul who ate the results and announced, ‘guys, I think we’re onto something here...’ Rennet still plays its part, alongside a ‘starter culture’– a specially grown bacteria that adds flavour to the end product and turns the lactose in milk to lactic acid. This curdles the milk, and makes it hard for ‘bad’ bacteria to grow, which helps preserve the cheese. Rennet does its job, and the resulting curds – plus, usually, salt and time – become cheese.

Although the range of cheeses available today suggests great creativity, Sainsbury’s technical manager for cheese, Jackie Carson-Long, stresses that ‘cheese-making is a science not an art. ‘That’s not to say there’s not craft involved,’ explains Jackie, ‘but what we’re trying to do is make a consistent product with a raw material that isn’t consistent. You can take exactly the same milk and exactly the same cultures and, if you make it in two different dairies, you’ll get two different cheeses.

‘That’s why we work with people who’ve been doing it for years and years.’ People such as Somerset’s Barber’s Farmhouse Cheesemakers. Started by Daniel Barber in 1833 it is, according to Charlie Barber, ‘the oldest surviving, continuous cheddar business in the world.’ He laughs. ‘Well, we’ve been saying that Although production levels are far higher than in 1833, Barber’s still make cheese in much the same way. ‘We’re the only rindless cheddar maker still using traditional starter cultures, the indigenous bacteria from the South West region.’ More than that, Barber’s produce starters for almost the entire UK cheesemaking industry, from farmhouse to industrial scale producers. 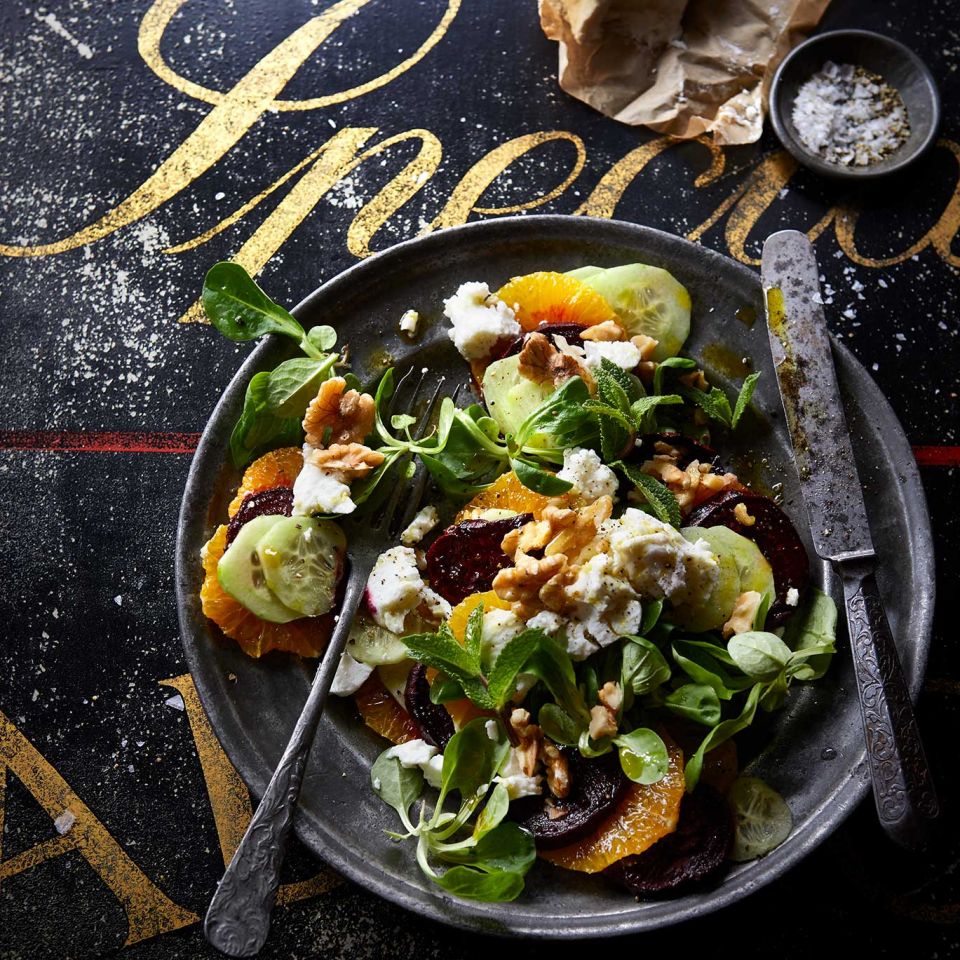 It’s a similar tale at Long Clawson, Sainsbury’s Stilton suppliers. ‘Long Clawson was founded when a group of farmers got together in 1911,’ explains joint MD Kim Kettle. ‘We started producing cheese in 1912. And our very first retail customer was J Sainsbury’s in 1913.’ Long Clawson play an even bigger part in British cheese history: they created the aforementioned wartime ‘utility cheddar’ recipe. ‘Once rationing was lifted and we could produce Stilton again, there was a cheese show in London. Clawson came first and we have a picture of that winning cheese on a marble slab at the Sainsbury’s Chelsea branch.’

It’s not just about tradition, though. Wyke Farms, who produce Sainsbury’s So Organic range of cheddars tick the traditional box – a 150 year-old recipe, a traditional starter – and have also taken great strides regarding sustainability. ‘We’re worried about climate change, and the impact we have,’ Rich Clothier, Wyke Farms’ MD tells me. ‘We’ve worked hard on a project we call 100% Green, and with Jackie to take single use plastic out of the Sainsbury’s organic range – the equivalent carbon saving of taking hundreds of cars off the road.’

Things don’t stop there. ‘The cows produce milk,’ explains Rich, ‘and that produces the cheese. The waste from the cheese and the cows goes in to our Anaerobic Digester (AD) which converts it to all the energy which helps us make the cheese, and then the spent material from the AD goes back to the land as a natural fertiliser.’ That, and recycling 90% of their water, is why Wyke Farms have won awards for sustainability. ‘They’re nice accolades to have,’ says Rich, ‘but it’s better to go to work and feel like you’re trying to do the right thing.’

At the time of writing, the British cheese industry has been hit hard by the pandemic, particularly because of the forced closure of cafes, restaurants and hotels. Sales of Stilton are rumoured to have dropped by 30% and we risk losing our small independent producers – those who take special care of their animals and the production process. It is, however, an industry that we can all, easily and deliciously, help preserve. Explore the cheese aisle. Try something new. Buy British. It’s an industry worth saving – and there’s probably tradition, history and a damn good story in every bite.