With a cover as colourful as the Rio Carnival and boasting this summer's buzzword in bold lettering, I couldn't resist taking a look inside Thiago Castanho's Brazilian Food. At 26, the author is already the owner of two restaurants – one of which features in Latin America's 50 Best Restaurants list – so it's fair to say my expectations were relatively high.

What is the book about?

Reading the book is like taking a journey through Brazil, with some recipes supplied by family members and other Brazilian chefs. From croquettes to caipirinhas, savoury crumbles to cassava bread – with lots of fried fish, meat stews and exotic desserts in between – it is truly a fascinating education in regional Brazilian cuisines. The authenticity of the recipes, however, is both its making and its downfall. Flicking through the book, there were very few recipes that were easy to cook. Some required lengthy cooking times, such as the 30-hour slow-cooked stew, many contained ingredients such as pigs' trotters and cows' feet, which didn't really appeal, but, above all, almost every recipe called for exotic ingredients – many of which I had never even heard of, let alone be able to pick them up from my local Sainsbury's after work. 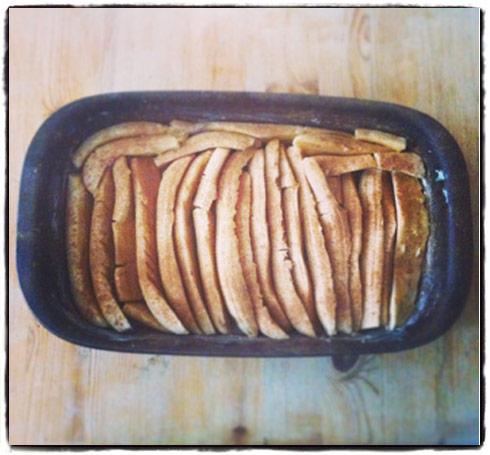 I chose to cook the banana crumble not because the recipe particularly inspired me, but because all the ingredients were easy to source and the total preparation time was a mere 20 minutes. It was incredibly easy to make, just a case of whizzing up some Brazil nuts in a food processor, making a crumble mix and sprinkling it over an obscene quantity of bananas. After just 10 minutes in the oven the crumble was ready and, to my surprise, it tasted absolutely delicious! The cooked brown bananas were a little visually unappealing, but wonderfully sweet and soft, while the nutty crumble topping was delicious. The recipe suggested serving the crumble with homemade tapioca and vanilla ice cream, but we made do with some shop-bought vanilla and a fresh pineapple.

I hadn't intended on cooking any more recipes from the book, but – since the crumble was such a roaring success – it might just be worth a trip to a specialist supermarket to try out some of the more challenging recipes. 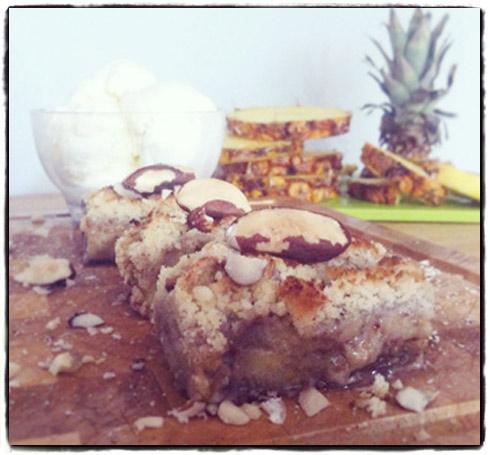 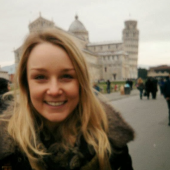