If anyone’s kitchen secrets are worth knowing, it’s food writer Claudia Roden’s. Her A Book of Middle Eastern Food, published over 40 years ago, introduced us to previously hard-to-come-by foods such as houmous, and her most recent book, The Food Of Spain, involved a whopping five years of research.

I met up with Claudia at a Spanish food evening at the Jewish Museum in London, organised by Jewish food charity gefiltefest, which she was hosting with one of our fave chefs José Pizarro, to find out a few of her top foodie tips. 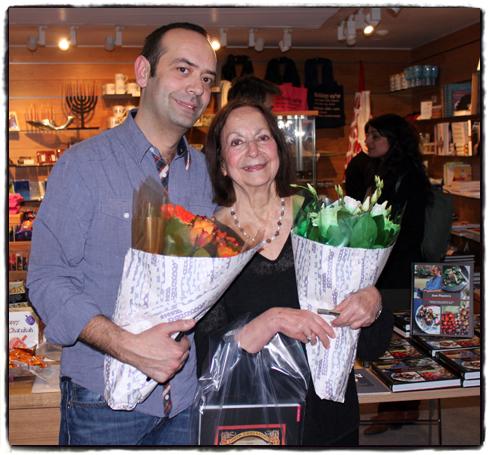 Christmas dinner
‘Instead of stuffing the turkey on Christmas Day, make the stuffing separately – it’s easier, tastes better and you can cook as much as you like!’ Claudia uses soft pitted prunes and apples to give her Spanish-style stuffing a fruity kick.

A thrifty way to feed the family
Use a little dry-cured ham or chorizo to flavour vegetable soups and stews, as the Spanish do, suggests Claudia. ‘Many of the Spanish recipes I’ve collected are peasant dishes, so they’re very thrifty. In the countryside everyone has a pig – they make ham and chorizo from it and it lasts them all year.’

For the best fish stock
‘Use prawn shells – they give brilliant flavour to fish stews and soups.’

The perfect Spanish omelette
‘To make a Spanish omelette, the potatoes should be stewed in olive oil,’ says Claudia. She cooks them in the oil for 20-30 minutes. Josés tip? Cook the onions separately first until they’re sweet and golden.